« Featured Capsule: The Escapist | Main | Anne Hathaway to Play Judy Garland on Broadway and in Film »

Disney and Pixar's "Up" Opens the Cannes Film Festival 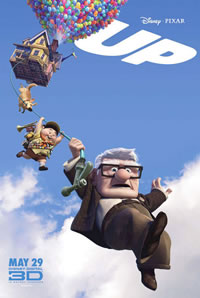 The upcoming 3-D animated comedy "Up," featuring Ed Asner as the voice of a 78-year-old man who ties balloons to his house and takes off for South America, will open the 2009 Cannes Film Festival. The premiere will mark the first time in the festival's 62 years that an animated, much less 3-D, film has opened the fest. The festival runs from May 13-24, and "Up" will open in wide release in the states on May 29.

Listed below are links to weblogs that reference Disney and Pixar's "Up" Opens the Cannes Film Festival: