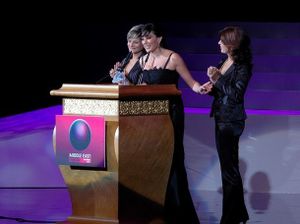 Abu Dhabi, 17th March 2009: A month after returning from the 59th Berlin International Film Festival, the Middle East International Film Festival executives have announced the new dates for the 2009 Festival. To be held at the Emirates Palace, the third edition of MEIFF will take place from October 8-17 and will have a number of exciting projects that will be announced over the next few months and which promise to bring an even greater slate of films to the UAE’s audiences. The call for entries for this year’s edition will open in May at a press conference to be held during the Cannes Film Festival.

MEIFF 2008 saw several changes to its program that will continue on in the third year of the festival. The ten days of screenings and events in had 182 screenings shown in five venues across Abu Dhabi, the capital of the UAE and saw an increase in audience interest with 50,000 tickets purchased.

Several initiatives were undertaken and introduced during the film festival in 2008 including Cinema Verite to raise awareness of socially conscious cinema with a star studded presence including, Jane Fonda, Susan Sarandon, Catherine Denuve and Carole Bouquet all attending to lend their support for the initiative. The Muslims on Screen and Television (MOST) initiative was launched during MEIFF in conjunction with the Brookings Institution at Georgetown University, Unity Productions Foundation, Gallup, and One Nation for All. The project aims to improve the image of Muslims in Hollywood by connecting production studios and executives with experts in Islam as well as hosting high-profile panel discussions aimed at the nature and importance of the project with film industry executives including Howard Gordan, Executive Producer of the TV series ‘24’ and Jim Berk from Participant Films.

MEIFF also projected a focus on the Arab film industry launching two initiatives, The Research Circle and MEIFF Book Conferences. The Research circle hosted a number of industry experts who presented their findings on the current state of the film industry in various Arab Countries. MEIFF also commissioned four books to be written about the film industry, two of which were translated from English to Arabic.

The 2008 Festival also saw the premieres of several films including seven Arab films from renowned Arab filmmakers and featuring the best talent in the region. For the first time, there was also a section of the festival concentrating on Environmental Films as well as a showcase of 16 hours of documentaries highlighting the 60 years since the division of Palestine in the retrospective program.

The prestigious Black Pearl Awards also returned in the second edition with the total prize money exceeding $1 million in cash in the categories of fiction, documentary, shorts and student films with the Best Narrative prize going to the film Disgrace by Steve Jacobs, an Australian-South African co-production receiving prize money of $200,000.

MEIFF, held in Abu Dhabi, is an annual event and a project of the Abu Dhabi Authority for Culture and Heritage (ADACH). The Festival is a cultural event dedicated to bringing a diverse slate of international films and programs to the community and introducing filmmakers from around the world to the resources of the region.

Listed below are links to weblogs that reference The Middle East International Film Festival Announces 2009 Dates :

I recently came across your blog and have been reading along. I thought I would leave my first comment. I don't know what to say except that I have enjoyed reading. Nice blog. I will keep visiting this blog very often.

Thanks for your message Joannah. Glad you like the site.