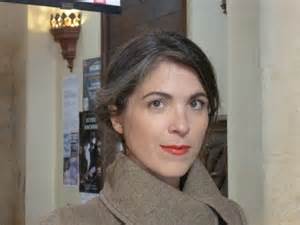 Los Angeles, CA (March 4, 2016) – Samuel Goldwyn Films announced today that the company has acquired North American rights from international sales company Films Distribution for BANG GANG (A MODERN LOVE STORY), the provocative feature debut by French filmmaker Eva Husson. The world premiere took place at the 2015 Toronto International Film Festival in the inaugural Platform section and will screen this evening at Rendez-Vous, co-Presented with UniFrance in New York.  Husson’s steamy feature explores the sexual exploits and awakenings of a group of teenagers in Biarritz, France in the age of social media.  It is an unflinching look at teenage sexuality in the same vein as Abdellatif Kechiche’s Blue Is the Warmest Color, Lars von Trier’s Nymphomaniac and Sofia Coppola’s The Virgin Suicides.  Grounding the drama in naturalistic performances, Husson evokes a distinct sensuality that’s at once compelling and uncomfortable. Samuel Goldwyn Films is planning a limited theatrical release in late spring 2016.

At first glance, BANG GANG is a simple story: girl meets boy, girl longs for boy’s attention. The twist is that this girl, the blond, beautiful and brash George (Marilyn Lima), will stop at nothing to keep the boy’s eyes and hands on her.  As her boy, Alex (Finnegan Oldfield), has a sense of intimacy that runs only skin-deep, George must keep one-upping her sexual acts, eventually bring her friends Laetitia (Daisy Broom), Nikita (Fred Hotier), and Gabriel (Lorenzo Lefebvre), into the bedroom with them.

According to Peter Goldwyn of Samuel Goldwyn Films: “The film captures contemporary, adolescent sexual exploration in an honest and seldom-portrayed manner.  It’s both beautifully shot and acted and tackles a taboo subject matter head on without shying away from the realities of teenage sexuality in a world where any moment can be captured and shared instantaneously.”

Filmmaker Eva Husson stated: "I went to film school in Los Angeles at AFI so I am proud to come back to what I consider my other home, the U.S., with my first feature film.  It’s an honour for me that Samuel Goldwyn Films will be showing my movie to audiences across America.”

Nicolas Brigaud-Robert of Films Distribution added: “Releasing foreign language movies in the US is always a challenge, but BANG GANG (A MODERN LOVE STORY) is a cinematic experience that the American audience is not used to, and I believe that Samuel Goldwyn Films has understood this from the first screening of the movie at TIFF [Toronto International Film Festival]. I am pleased we have closed in the end with the best company for this movie in the territory.”

The deal was negotiated by Peter Goldwyn on behalf of Samuel Goldwyn Films, and by Nicolas Brigaud-Robert on behalf Films Distribution.

Films Distribution is an international sales agency based in Paris operating since 1997. Each year, the company launches 20 to 30 new titles in the most prestigious festival selections around the world. This year’s line-up include the following movies being considered for the Academy Awards 2016 : GOODNIGHT MOMMY (representing Austria), SUMMER OF SANGAILE (representing Lithuania), LAMB (representing Ethiopia) and SON OF SAUL (Cannes Grand Prize Winner and representing Hungary).

In addition to its Paris office, Films Distribution has set up in 2008 Films Boutique, a Berlin based subsidiary, focused on special-interest movies and discoveries and, in 2014, Be For Films, a sales agency based in Bruxelles and handling European cross-over movies.