Von Trier's THE HOUSE THAT JACK BUILT ready for production 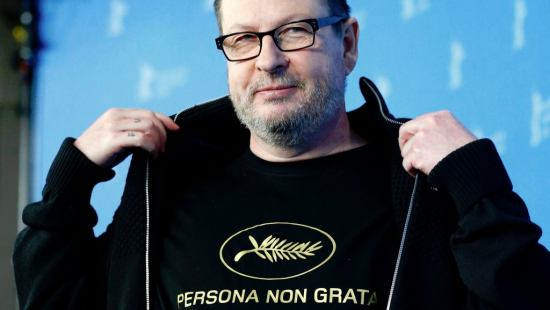 Variety reported that Danish auteur Lars von Trier has finished the script for his next film, "The House That Jack Built." The 10 million dollar-budgeted film will go into production in August. Von Trier's follow-up to "Nymphomaniac Vol. I and II" is a thriller that covers ten years in the development of a serial killer plying his trade in Washington D.C. Think "Man Bites Dog."

At a recent Cannes press conference, the film's producer Louise Vesth said, “It will be a serial killer movie like you’ve never seen before. He [von Trier} wants to be able to change it between periods of shooting because when we’ll have done the body of the film in the fall, he will then go edit it and he sees how he can combine the murders.”

After being unceremoniously (and ridiculously) thrown out of the Cannes Festival by artistic director Thierry Fremaux in 2011 for jokey comments about Hitler (regarding his film "Melancholia"), von Trier was labeled "Persona Non Grata." Although Fremaux has since backtracked on the decision and said that the filmmaker is no longer banned from the festival and would be welcomed back in the future, it is doubtful that von Trier will ever return to Cannes after being treated so poorly. You can only be treated the way you let people treat you.