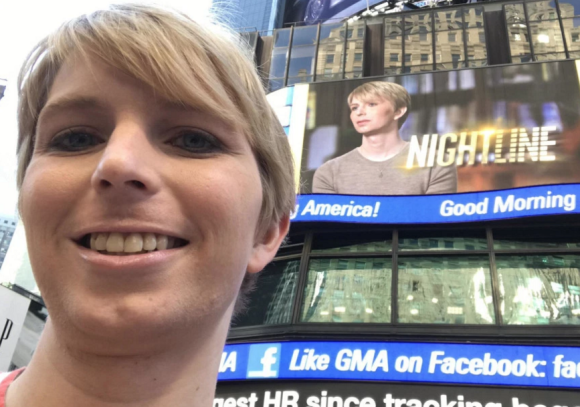 Upstart documentarian Tim Travers Hawkins is currently working on “XY Chelsea,” a Laura Poitras-produced film about the “life and career of Chelsea Manning, a trans woman soldier in the United States Army, who was sentenced to serve 35 years at an all-male military prison for leaking information about the country’s wars in Iraq and Afghanistan.”

The film is scheduled to be released in the fall of 2017, which means that it could potentially find a premiere at the New York Film Festival. This documentary promises to be one hot property.

CatapultFilmFund.org says, "Soldier, trans woman and prisoner – Chelsea Manning has launched an appeal against the US Military, challenging a 35 year sentence given after she leaked almost 700,000 US military and diplomatic documents. She is also undergoing Hormone Replacement Therapy, transitioning to the female gender she has identified with all her life. This appeal is a fight for Chelsea’s identity: her character, her integrity, and her psychology. Told from Chelsea’s perspective, XY Chelsea will provide a unique view of one of the most important stories of the 21st century and an ongoing trial that has implications for us all."