From the looks of it, Tom Cruise probably sustained a few cracked ribs and perhaps a broken knee when he attempted to jump from a scaffolding to the roof of a building in London during filming of a scene for his upcoming film "Mission Impossible 6." The film is scheduled for release in July 2018.

Known for performing many of his own stunts, Tom Cruise might want to reconsider leaving such dangerous maneuvers to professional stunt men. While no reports have yet been released about the extent of Cruise's injuries, it seems certain that a visit to a hospital and a period of recovery are in order for the actor whose bravery regarding stunts is unassailable. This is one painful video clip to watch.

UPDATE: It has been reported that Cruise broke two bones, and will be unable to continue filming "Mission Impossible 6" for a minimum of eight weeks.

UPDATE: As of Thursday August 17, it is reported that Tom Cruise broke his right ankle and his hip in the accident. 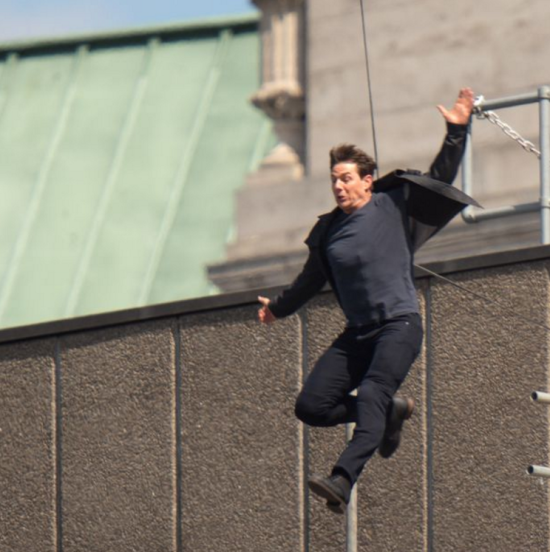