Worried About North Korea? Think How They Feel 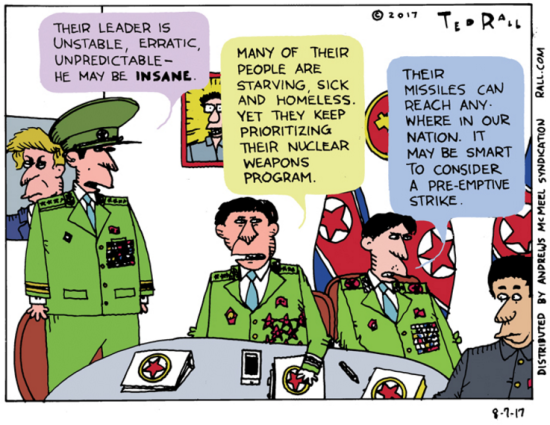 American foreign policy analysts are understandably worried that North Korea now has intercontinental ballistic missiles capable of reaching the United States. Given that their president is given to bellicose rhetoric and has prioritized his nation’s military program over domestic needs, they wonder if an attack is inevitable, in which case the United States would be well-advised to strike first. The problem is, everything we worry about is something the North Koreans could just as easily say about us.