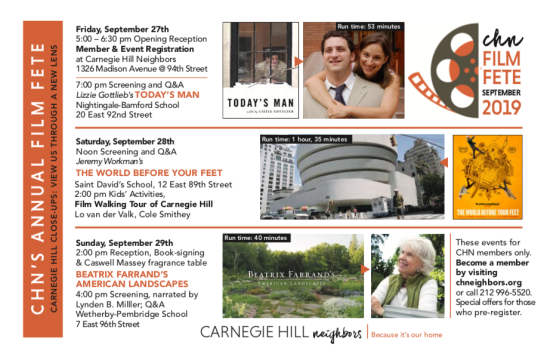 I'm stoked to help our friends at Carnegie Hill Neighbors present Jeremy Workman's essential documentary THE WORLD BEFORE YOUR FEET at this year's Film Fete! Bring the family. I'll be moderating a Q&A with the filmmaker and Matt Green, the film's subject. 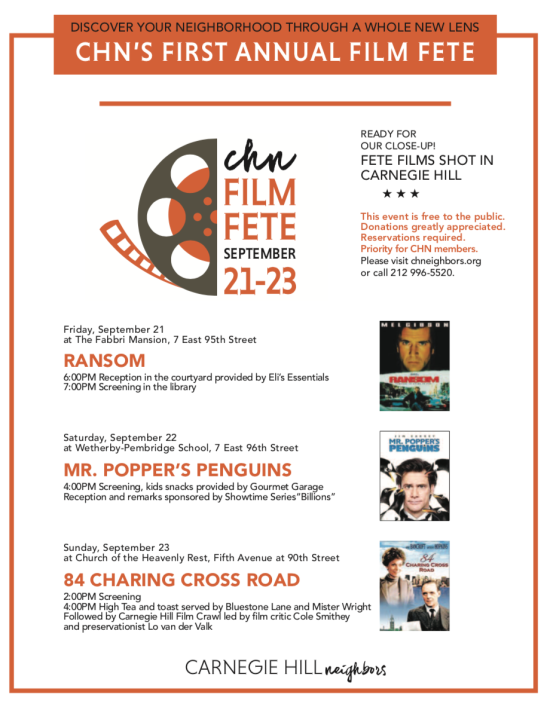 I'm stoked to be serving on the board of Carnegie Hill Neighbors in celebrating the neighborhood with the first annual CARNEGIE HILL FILM FETE. Join us on Sunday, September 23 at the Church of Heavenly Rest at 2pm for a screening of 84 CHARING CROSS ROAD. After the screening I'm giving a little walking tour!