SUSAN SONTAG AT HER DESK 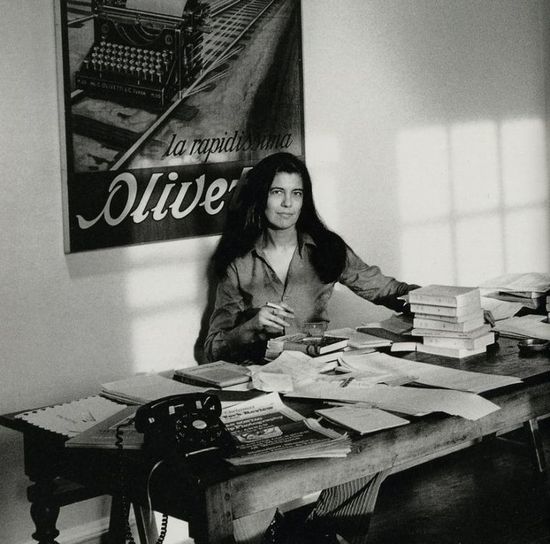 SYNDICATED COLUMN: Are Millennials the Most Ageist Generation Ever?

Ever notice how those who complain about being victims are themselves at least as likely to be perpetrators of the same offense? Examples that come to mind for me include the United States and Israel, two countries that portray themselves as targets of terrorism while carrying out wars of aggression whose death tolls far exceed their own losses. You’ll no doubt think of your own examples.

We’re seeing this projection at work with Millennial ageism. The Millennial generation is the most ageist in memory, yet the online media outlets they dominate discuss a problem that, if it really exists, pales in comparison: ageism against Millennials. But, like American presidents’ assertions that the United States has to protect itself against the world when, if anything, it’s really the world that needs to protect itself against the United States, it’s a joke.

Millennials’ status as members of the biggest generation in history – numbering more than 83 million, they have officially beaten the Baby Boomers – ensures that they will have a lot of power over American politics and the workplace, especially as they get older.

Which, if current experience serves to predict the future, they will abuse.

As I have written, ageism – the old-fashioned kind, by the young against the old – is endemic to Silicon Valley, the highest profile business sector controlled by people in their 20s and low 30s. Moreover, it’s normative: everyone thinks it’s OK. So OK do they think it is that national business magazines even publish articles saying it’s “smart” not to hire older Americans because they’re “dumber.”

I call it the old-fashioned kind of ageism because young-picking-on-old discrimination hasn’t been a thing since the “youth culture” of the 1960s and 1970s. Back in their hippie days, Baby Boomers in their 20s were so mean to their elders that they even made a movie whose plot involved putting people over 30 into concentration camps. As they got older, Baby Boomers flipped the switch, deploying their power as employers to discriminate against Generation Xers. Now that the Boomers are finally fading into the demographic mists, their Millennial children are beginning to repeat that half-century-old pattern, marginalizing and refusing to hire Gen Xers.

Ah, the great psycho of life.

While thinking about and researching this essay, I turned my critical eye to myself and my Gen X contemporaries. When we were in our 20s, didn’t we look down on older people? When we got a chance to hire and fire, didn’t we discriminate against those we viewed as boring and out of touch?

Sure, we had more in common with members of our own age cohort than those older than us. But we didn’t look down on older folks…though many of them made fun of us (if they noticed us at all) and would rather let a job go unfilled than hire us.

I remember, for example, working as a staff writer for P.O.V. magazine. Almost all of us were in our 20s and 30s — not because management rejected older writers, but because older writers already had jobs elsewhere. But when editor Randall Lane brought on legendary sportwriter-barfly Bert Sugar as a columnist, not only did no one hold his age against him – he was pushing 60 and looked closer to 80 – everyone thought it was cool to add him to the team. Not just because he was “old school,” which we all admired, or despite his age, but because we appreciated the value that comes with experience. He had stuff to teach us; we wanted to learn, and hoped that some of that glory might rub off on us.

Compare that to the unceremonious departure of Mark “Copyranter” Duffy, 53, from BuzzFeed. Dude was the smartest man in the office; they fired him for being old.

I’ve never been into her music, but the cruel reception of Millennial-dominated media outlets to Madonna’s insistence on continuing to use sex to market herself at age 56 has me admiring her spunk (and, actually, finding her physically hotter than she was back in the 1980s). Also, I have to contrast the viciousness to the way that we Gen Xers treated older pop and musical figures at the same age.

As a record reviewer in my late 20s and early 30s, I can’t recall a single instance of an older rock or pop musician or group being dissed simply because he or she was old. If you sucked, you sucked. If you were good, you were good. If anything, our default mode was to tend to respect anyone who had stuck around for a while. We didn’t exactly respect our elders — as Gen Xers, we didn’t respect anyone, not even ourselves – but we didn’t disrespect them either. For us, it made perfect sense that punk rockers like The Clash admired old glam guys like Ian Hunter of Mott the Hoople.

The tendency of Millennials to denigrate their Gen X and Boomer elders is probably hardwired into the demographic reality of belonging to a big, dominant generation. One of the ways you feel good about yourselves is by picking on smaller, weaker groups. No matter what I or anyone else writes, even if every Millennial in the world reads it, there’s virtually no chance it will reduce their ageist tendencies.

Still, it’s sad. I think about my former literary agent and friend Toni Mendez, who died 12 years ago —at work — at the age of 95. She was more vibrant and interesting and outrageous and intelligent than a thousand typical 25-year-olds combined, and I still miss her terribly. Those 30-year-old gatekeepers in Silicon Valley and elsewhere who think that everyone over 35 has nothing to contribute are screwing themselves too, and leaving money on the table.

(Ted Rall, syndicated writer and the cartoonist for The Los Angeles Times, is the author of the upcoming book “Snowden,” the first biography of NSA whistleblower Edward J. Snowden. It is in graphic novel form. You can subscribe to Ted Rall at Beacon.)