NEIL COHEN — A MAN ABOVE MEN, AND A PATREON SUPPORTER

As promised, here is my special thank-you to the one and only Neil Cohen, who was kind enough to pledge $10 a month at the Independent Cinema Tier of my Patreon page! If you don't know who Neil Cohen is, I have two words for you "Chief Zabu." Check out Neil's movie if and when you get the chance. In the meantime, I'm raising a glass to this old-school New Yorker and all-around good guy. Cheers Neil! And thanks a bunch! 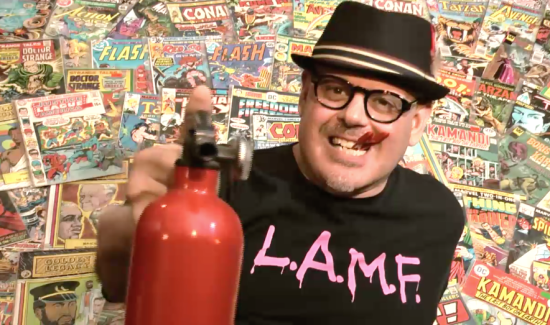 "The sculpture gallery's upstairs. Would you like to see it?"