THE MOJO MANIFESTO — THE LIFE AND TIMES OF MOJO NIXON 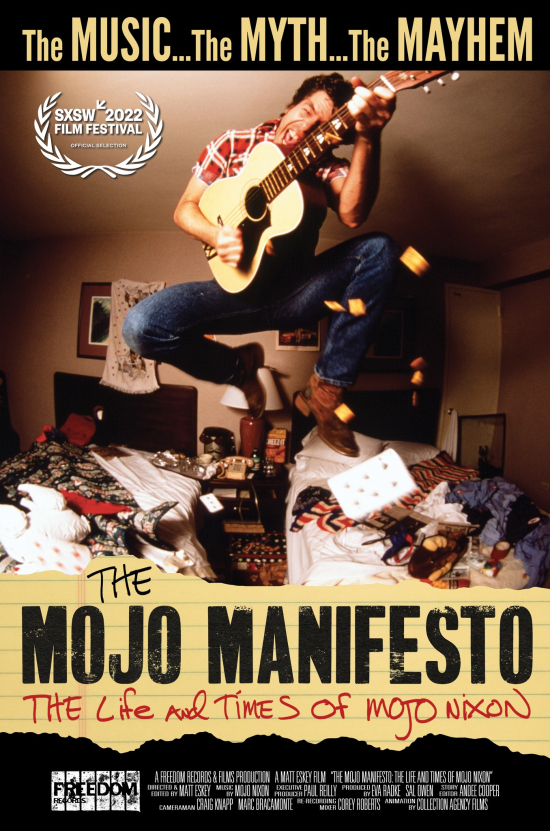 I'll never forget showing up for an afternoon screening for a movie at the Ken Cinema. Lo and behold Mojo Nixon came out with a five gallon plastic water jug. Mojo jumped around banging on the jug as a drum and singing his head off as our pre-movie live entertainment. The moment was pure rock 'n' roll magic, a total surprise.

I look forward to seeing this documentary and finding out more about this amazing musician.

PETER JACKSON'S DOCUMENTARY — THE BEATLES: GET BACK

There was once a British band called The Beatles. They forever changed rock 'n' roll, pop music, and global culture. Here, the estimable Peter Jackson presents The Beatles' best effort at writing and recording an album within three weeks, before performing live for the first time in three years. This is a pivotal film that dispatches the Beatles's songwriting and rehearsal process in beautiful lush clarity thanks to the preservation of 56 hours of previously unseen documentary footage shot on film. "The Beatles: Get Back" opens in America on November 25th, 2021. This film is a big deal event. Check it out.