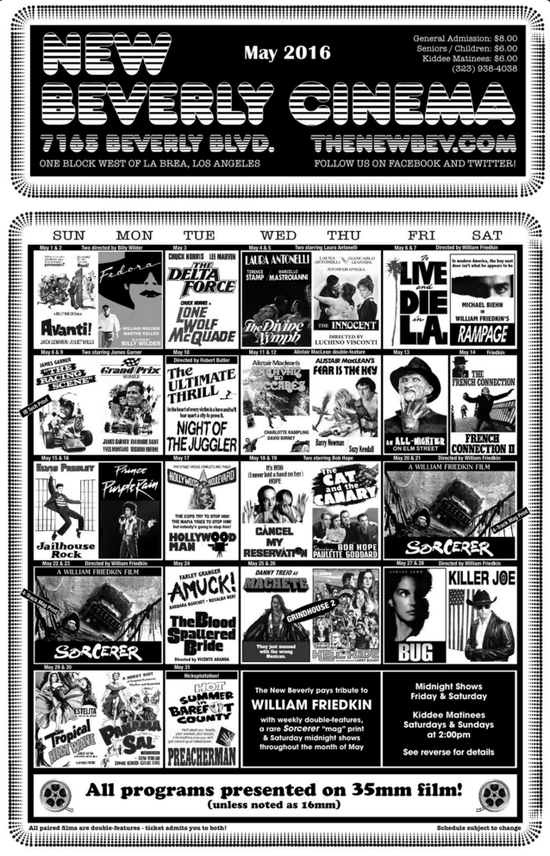 May is hot month at the New Beverly! "Bug" and "Killer Joe" is a great William Friedkin double-bill. And, if you've never seen Friedkin's interpretation of "Wages of Fear," you are in for the cinematic treat of your life with SORCERER!