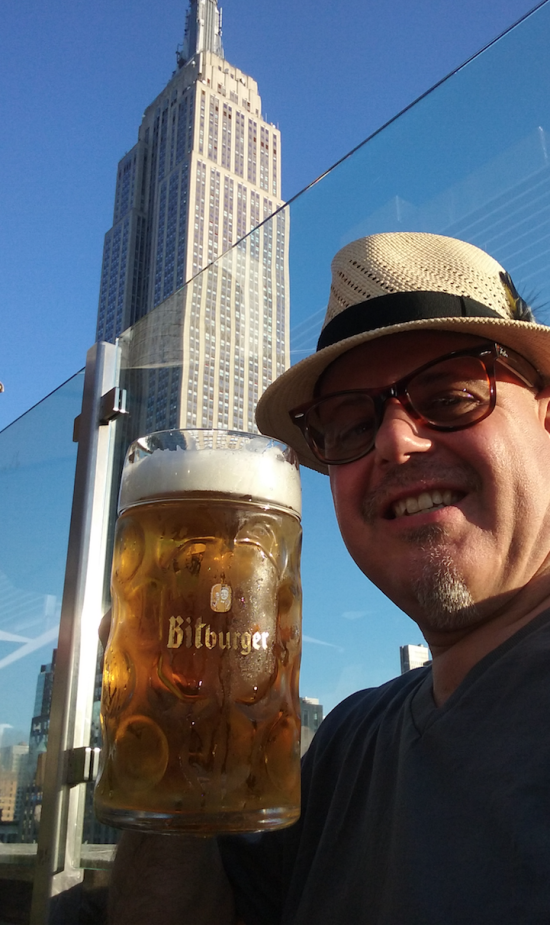 Oktoberfest at the @MonarchLounge Monarch Penthouse & Rooftop Lounge 71 West 35th St @6th Ave in Harold Square on Saturday September 15. Enjoying the stein of lager I won in a test-of-strength contest to see who could hold a filled beer stein with a straight arm the longest. You can't quite see him in this shot but Kong is up there taking swings at helicopters and jets.

This is a great rooftop bar to visit next to Korea Town where you can find the best Korean food in the world. Miss Korea does an amazing job, and the atmosphere there is a blast of poppy music, disco lights, and a lot of unforgettable  dishes. The soup is amazing at Miss Korea.