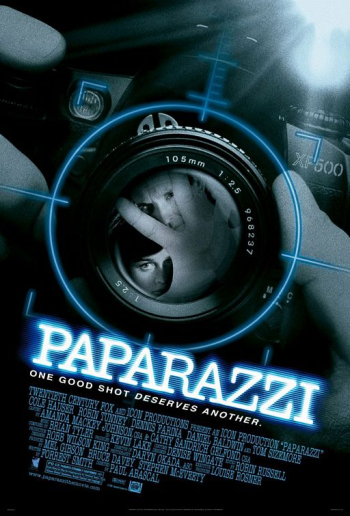 It’s not a good sign when a filmmaker's primary claim to fame is as Mel Gibson’s former hair stylist. So it is that debut director Paul Abascal makes a tacky revenge thriller drawing on the same antagonistic relationship between paparazzo photographers and celebrities that caused the untimely death of Princess Diana. Cole Hauser plays Bo Laramie, a rising Hollywood action-movie star who goes on the warpath against four tabloid-crazed paparazzi responsible for causing a car accident that nearly kills his wife Abby (Robin Tunney) and their 8-year-old son Zach. Dennis Farina plays a "Rockford Files"-styled detective investigating the trail of paparazzi victims Hauser leaves behind. Robin Tunney is scarcely visible in this formula thriller that includes doltish cameos by Vince Vaughn, Mel Gibson, and Chris Rock. 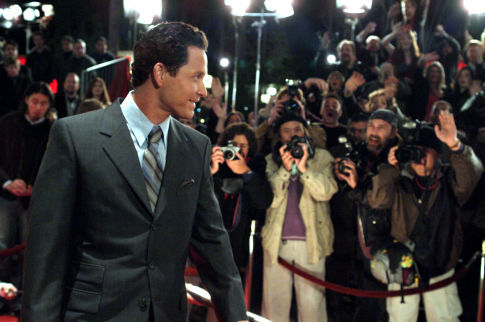 "Paparazzi" is co-produced by Mel Gibson, and follows "The Passion Of The Christ" in furthering a theme of retribution via a plot filled with inconsistencies. 20th Century Fox released the movie without press previews (another bad sign) on Labor Day weekend in a ditching effort to recoup some fraction of the film’s final cost.

Hotshot actor Bo Laramie is a soft-spoken yet deadly serious Midwestern guy who’s recently arrived as a box office draw. As such he is at last enjoying the finer things in life with his lovely wife, and their soccer-playing son. Adversity strikes when Bo attends one of his son’s soccer games in a public park. Bo notices a photographer named Rex Harper (Tom Sizemore) clicking off photos in the distance. The protective dad gives the paparazzi a polite but stern warning that eventually goes ignored. This act of defiance sends our newly famous everyman into a punching tizzy that’s caught on film by Harper’s three associate photographers hiding in a nearby van. 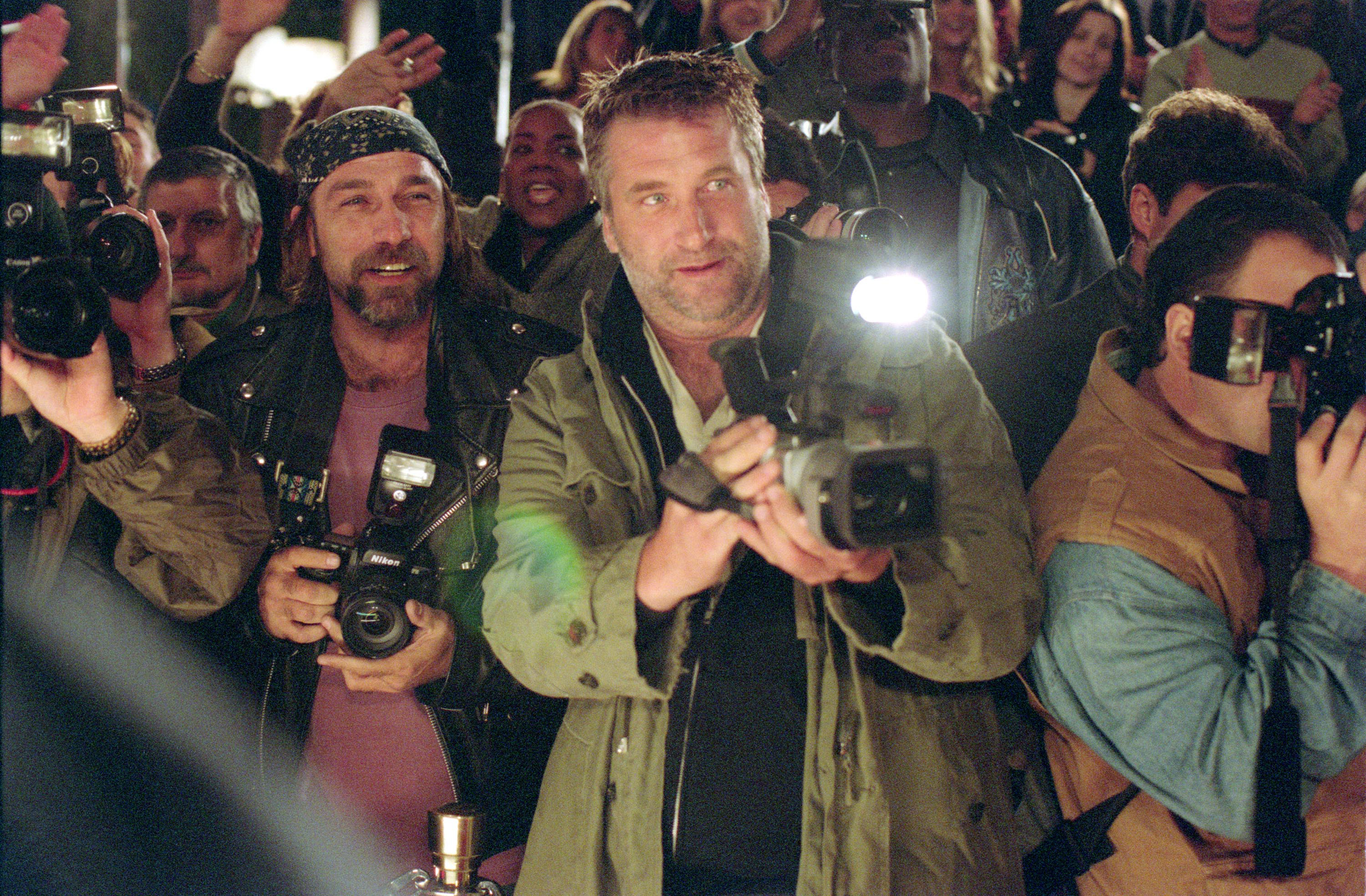 Laramie’s unpleasant reception to fame is made complete after he’s ordered to pay a sizable settlement to Harper and enter into anger management therapy with a high-priced shrink. The plot starts to slip with the unsatisfied Rex Harper declaring that he will "ruin Laramie’s life and eat his soul," even after he’s collected a considerable settlement from the actor. Tom Sizemore’s delivery of the spiteful line is nonetheless a thing of beauty and pops from the movie as gut-churning sample of his character’s spiteful nature.

The brutal car accident that follows contains the earmarks of Princess Diana’s final car ride, with camera flashes serving as bursts of violent aggression from hostile photographers. But the scene lacks the heart-stopping reality of such a horrible moment. As such ti places the narrative in a cartoon category of softcore mock drama. While Laramie is barley scratched, his wife must have her spleen removed. The civilian driver of another car dies at the scene. 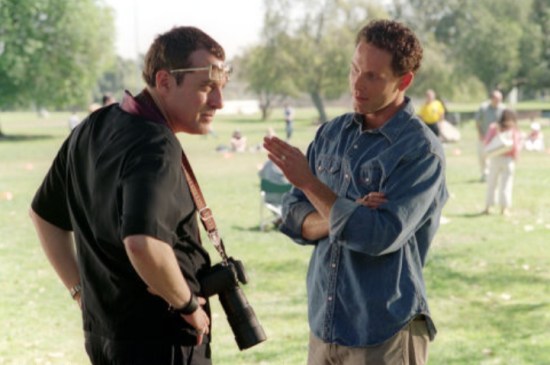 With the audience properly prepped for the essential retribution that must ensue — if western culture is to retain its juvenile logic for problem solving — Laramie dispenses with his four harassing paparazzi one by one. It’s telling that Laramie’s only explicitly homicidal act (involving a baseball bat) is against the dimmest of the paparazzi (played by Daniel Baldwin) and occurs off camera so that the audience can’t condemn Laramie for his barbaric actions. It’s paradoxical too that Rex Harper’s punishment, as leader of the depraved paparazzi, entails merely a solid ass-kicking and an inevitable prison sentence. 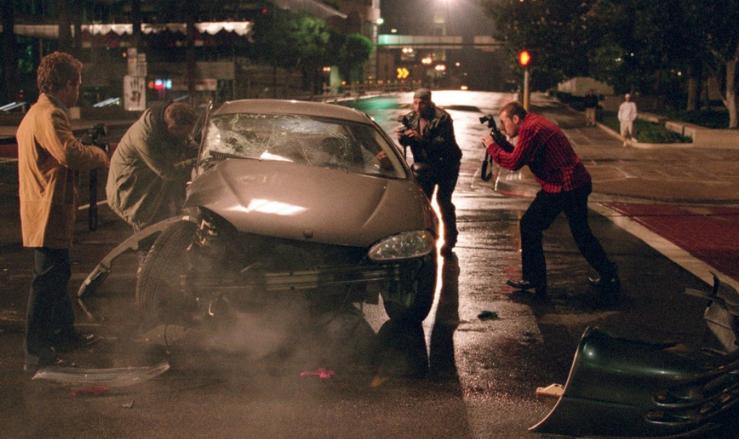 "Paparazzi" can be viewed as a nightmare/dream-case scenario for media-hounded celebrities whose personal lives can, at any moment, become tabloid fodder. The premise expects that audiences will associate themselves with highly paid cultural icons oppressed by harassing photographers. But it’s the same kind of mug’s game whereby some minority voters attempt to elevate their underclass standing by allying themselves with Republicans in the unfounded belief that they will become part of the cultural elite by way of their distant association. It’s a flawed premise to begin with, and it never ends well.