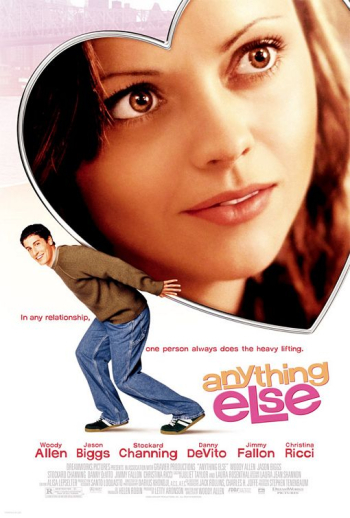 After losing a wide spectrum of his once-loyal audience due to public scandal around his personal life, the quality of Woody Allen’s films has steadily declined. The director peaked with "Deconstructing Harry" in 1998. "Anything Else" represents a low ebb for the comic filmmaker famous for transmuting the work of Ingmar Bergman into New York centric comedies full of neurosis-based humor. Here, Jason Biggs plays Jerry Falk, an upstart comedy writer. The character is anachronistically inspired by Woody Allen’s stint as a joke writer for Sid Caesar’s old TV program. Woody Allen plays David Dobel, an aging paranoid comic writer who mentors Jerry Falk in all matters of love, life, and commitment. Stilted artificial dialogue, direct-to-camera narration, and strained performances exacerbate the film’s idiosyncratic attitudes toward prejudice, ego, privacy, and obsession. "Anything Else" could easily be called "a feel-bad movie for all occasions."

The movie kicks off with Dobel lecturing Falk as the two sit on a bench in Central Park. The scene mirrors a perceived real association between the director and the young actor. It carries an uncomfortable gravity of preachy defensiveness on Allen’s part. When Falk faces the camera to speak directly to the audience about the many and varied charms of his admittedly problematic girlfriend Amanda (Christina Ricci), you know that this is not going to be a comfortable movie.

Falk's narration eventually speeds us backward to the moment when he fell in love with Amanda at first sight. He was still with his live-in girlfriend at the time. Amanda was in the company of her beau Bob (Jimmy Fallon). The two couples go on a double date where Jerry shamelessly fawns over Amanda. Soon thereafter, girl number-one exits the relationship, making room for Amanda, and her obnoxious mother Paula (Stockard Channing), to infiltrate Jerry's small apartment. 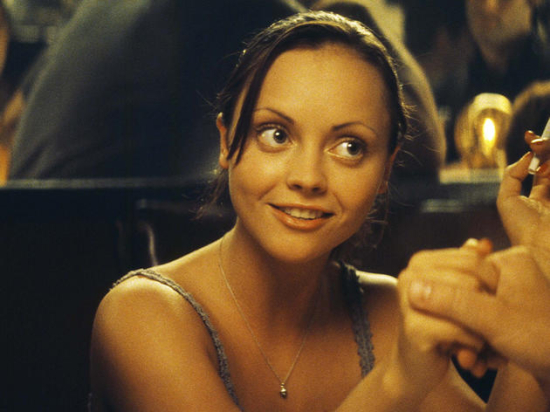 Amid empty meetings with his loser comedy agent Harvey (Danny DeVito), his useless psychoanalyst, and the paranoid Dobel, Jerry obsesses over getting back into Amanda’s pants. The live-in couple haven’t bumped uglies in the past six months. But because the audience never witnesses the couple sharing anything vaguely resembling a healthy sexual relationship, there’s no frame of reference for all the trouble that Jerry goes to in his quest.

Amanda encourages Jerry to have sex with other girls as long as he doesn’t tell her about it. She does this apparently so she can go about having affairs of her own while using him as a doormat. Evidentially though, Jerry's sex drive isn’t demanding enough for him to stray outside of the relationship; it’s only strong enough for him to go along with Dobel’s Nazi-fearing advice that he should purchase a high-powered rifle to protect himself from possible attackers. 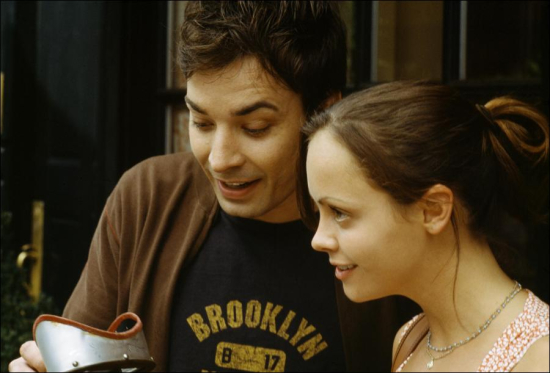 Woody Allen’s attempts at keeping the comedy buoyantly light with his signature use of Dixieland and Jazz music backfires with his overuse of Billie Holiday’s version of "Easy To Love." The melancholy atmosphere rubs against the grain of the film’s romantically barren message that fascism is the instigator of all conflict. Allen has always worn his heart on his sleeve in his movies. Here, he makes it clear that he’s suffered real emotional damage from the 9/11 attack on New York, and from the alienation he’s received over his not-so-private romantic choices. Woody Allen has lost his knack for well-timed witty repartee, and for constructing stories that hang together in a cohesive manner. He carries on making films that fewer and fewer audiences will attend. 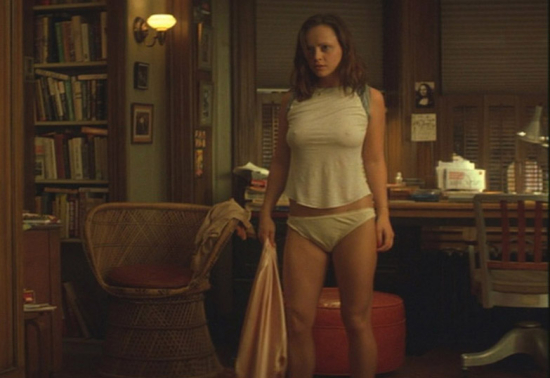 It’s a credit to Jason Biggs’s talent that the young actor muscles his way through "Anything Else" with as much natural ease as he does. Christina Ricci doesn’t fair anywhere near as well. Most of her scenes are painful to endure. What’s clear is that Woody Allen is a shadow of his former self. No amount of Herculean effort from any cast can elevate Woody Allen's soured comedic sensibility.