« A MIGHTY WIND | Main | SKY CAPTAIN AND THE WORLD OF TOMORROW » 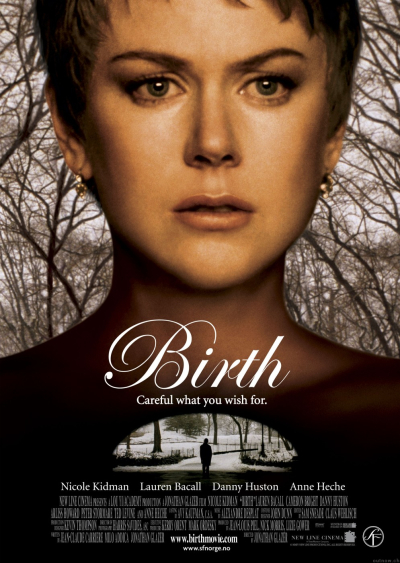 "Birth" is a Manhattan-based supernatural thriller done in the tone of "Rosemary's Baby." It starts out strong but loses all steam in its third act.

Nicole Kidman gives a committed performance as Anna, a widow of ten years, whose recent engagement is threatened when a 10-year-old boy (Cameron Bright) shows up during her mother's (Lauren Bacall) birthday party to declare that he is the reincarnation of Anna's dead husband Sean.

Much to the dismay of everyone around her, Anna starts to believe the boy, whose real name is coincidentally Sean. 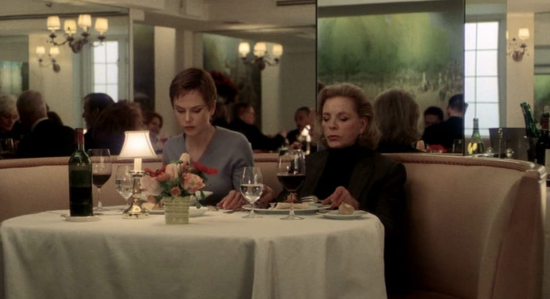 "Birth" received unwarranted controversy at the Venice Film Festival due to a bathing scene that will shock only the most distrustful audiences. The film marks director Jonathan Glazer's sophomore decline after his impressive debut picture "Sexy Beast." 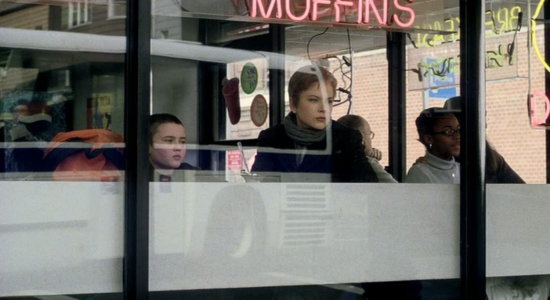 Apart from its novice director, "Birth" is a movie of impressive pedigree. It was co-written by Jean-Claude Carriere ("The Tin Drum") and Milo Addica ("Monster’s Ball") in conjunction with Jonathan Glazer, and features a rare performance by Lauren Bacall. So it’s all the more confounding that its rootless narrative vacillates between horror, psychological thriller, and love story without doing any one genre much justice. It’s telling that Jonathan Glazer recently revealed in a New York interview that he didn’t know what the message of the movie was, or even what he hoped an audience would take away from seeing it. The opening tracking shot is a beautifully filmed sequence that will be shown in film classes for years to come. It follows a lone jogger from behind as he runs on a snow-covered path through Central Park. Danger looms under foreboding leafless trees until the runner goes into a dark tunnel where he suddenly collapses and dies, perhaps from a heart attack induced by an external dark force. The camera jumps to a close-up of the birth of a newborn baby boy who we infer must be an omen of evil yet to come. But the promise of urban gothic terror is never fulfilled. 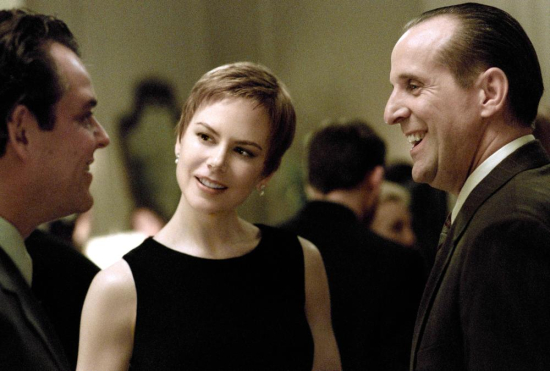 The filmmakers go to great pains to present a foreboding mood that’s appealingly similar to the immeasurable work Roman Polanski did on "Rosemary’s Baby." A resonance of conspiracy permeates the story as Anna’s alliances of friends and family offhandedly dignify Sean’s presence by their ineffectual attempts to disprove his assertion that he is Anna’s reincarnated husband. But for all of the film’s efforts at presenting an established old money Upper East Side family, we’re never given sufficient proof of their connection to one another. When Anna lunches with her mother at a fine restaurant, we may as well be watching two business associates. The problem doesn’t lie in the performances, but rather in the script’s lack of intention, motivation, and plot movement. 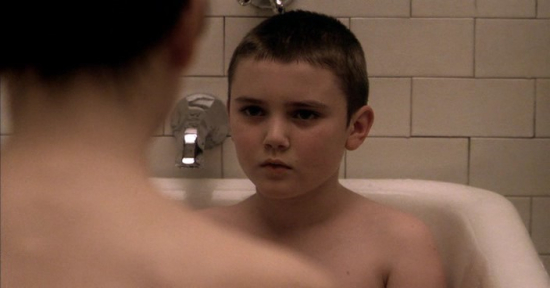 Anna is presented as a psychologically wounded woman who, with her place in New York society, should be under psychotherapy treatment with the finest analyst money can buy. She makes a problematic protagonist because she avidly pursues the trouble that visits upon her. The filmmaker relies on extended close-up shots of Kidman’s face to reveal Anna’s inner psychological workings as a substitute for showing her making any actual choices. 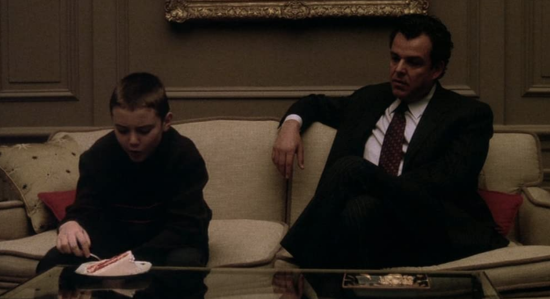 Based on the threatening premise, there are two possible revelations that the story points toward. The first, and most obvious, is that the child really is a reincarnation of Anna’s dead husband, in which case he would need to contribute a vision of what their future together would hold. A second, and more satisfying explanation to fulfill the horror demands of the story, would be if the child were a vessel for demonic evil. Either of these narrative paths would necessarily mean that the writers needed to provide a payoff that that the movie espouses. Instead, we get a third act that not only collapses but also recants everything that the first two acts have pledged. 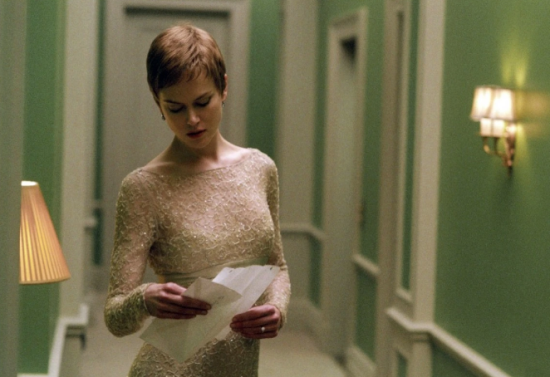 Nicole Kidman is at a point in her career when she can afford to make mistakes with erroneous choices like "Dogville," "The Stepford Wives," and "Birth." How many more such cinematic disasters her career can withstand without showing a strain is a matter for conjecture. 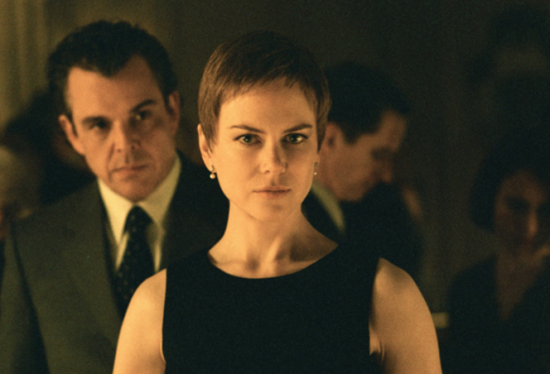