Populist documentarian Michael Moore raises crucial questions about the ersatz presidency of George Bush in an air of simplicity and honest curiosity. Distant from the blatant distortions that have been fed to the American public, Moore shows you stories behind the news before it was shaped and spun. You will learn facts about George Bush and his father’s relations with Saudi oil developers, hidden information about the war in Iraq, and U.S. Government deceptions, negligence, and malfeasance that will turn your stomach. But you will be entertained from start to finish and, in turn, become knowledgeable about information essential to every American citizen. 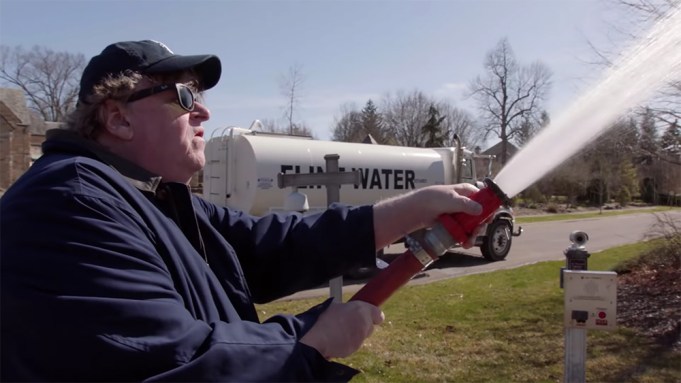 Michael Moore has delved into a realm of editorial journalism that is more thoroughly fact-checked than most of what you read in your daily newspaper. But that hasn’t stopped some people, who forget that all news coverage and documentaries are a form of propaganda, from accusing him of generating brainwash worse than that which he opposes. The political issues that Moore raises, with footage ranging from Bush preparing to speak before television cameras (think "The Legend of Ron Burgandy") to an Iraqi father carrying his dead baby, are more substantial than standard news fair because it is content that has been previously hidden from your view. 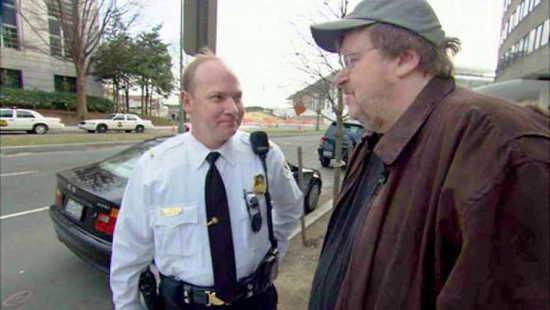 Michael Moore does not pretend to be a prosecuting attorney submitting his case before a jury of his peers. Rather, he has put together muckraking facts and questions that frame a lack of honesty, honor, and ethical responsibility in the Bush administration, with a hope that the American public will carry on with the discussion. It’s true that a better documentarian would stay more focused on tying together facts to present a hard conclusion to each accusation. But that isn’t the kind of filmmaker Michael Moore is, and it’s not his goal. Michael Moore wants you to be entertained while you digest the bitter pills of truth. Perhaps he has a bit too much Hollywood in his blood for his own good, but he makes a great inroad for other documentary filmmakers to pick up on and run with the ball. He also points toward an independent brand of journalistic responsibility and freedom that is severely lacking in our corporate dominated media. 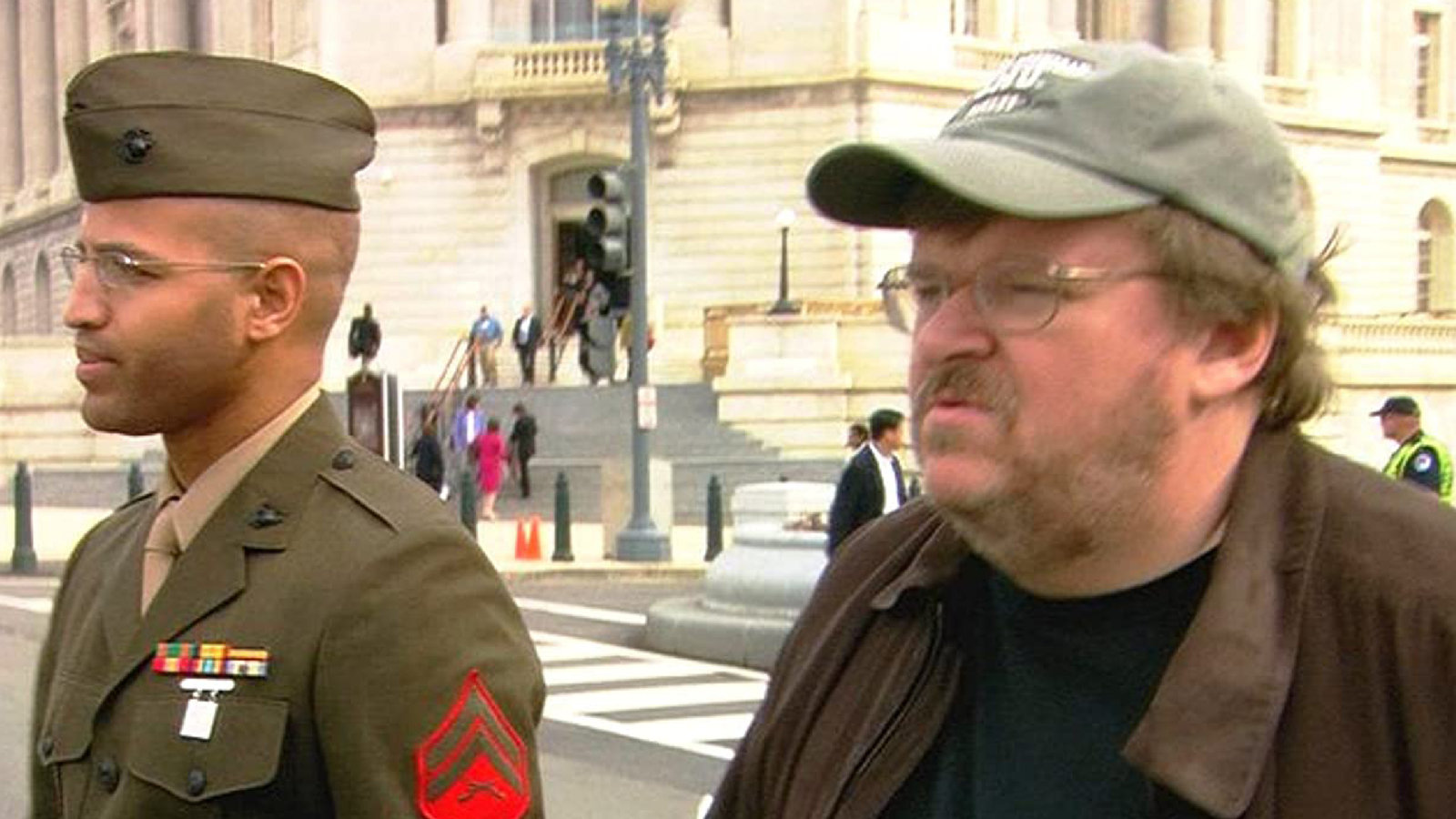 Early in the movie Moore reveals that it was a cousin of George Bush, working at Fox news in Florida, who sent the first erroneous message across national television screens that Bush had won the 2000 election. Other broadcast networks took notice of the false Fox report and followed suit in altering their reporting to say that it was Bush, and not Gore, who had more votes. After setting the stage of George Bush’s illegal power grab for the Oval Office, Moore goes into scattershot revelations about Bush and his affiliations to the bin Laden family. He expresses his personal outrage regarding the two dozen members of bin Laden’s family who were spirited out of the U.S. after the 9/11 attacks, when all other flights were grounded. He raises an implied question about which public official gave the command to approve such a reproachful decision.

The last half of the movie concentrates on the war in Iraq with footage of U.S. troops in the field, and the effects on the families of soldiers back at home. Moore plays his sentimental trump card with a bereaved mother who lost her son in Iraq. The sequence is touching. In another scene Moore attempts to ease some of the sting by interjecting humor when he stands on a Washington street corner petitioning members of Congress to send their own children to fight in Iraq. 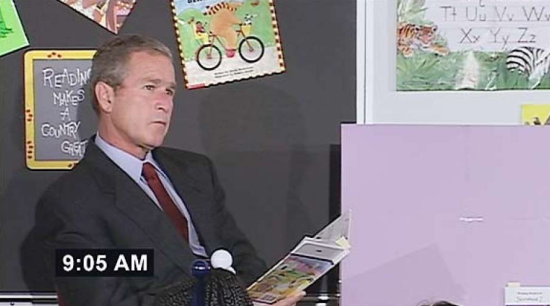 "Fahrenheit 9/11" will open up a fresh public discourse about the motives and failures of the Bush administration. For example, why our country is still without constant air patrols by military fighter jets while our government continues to spend trillions to occupy a country that had nothing to do with 9/11. Any fighter pilot will tell you that a squadron of fighters can maneuver around any plane, in tight formation, and take it wherever they want it to go regardless of who’s flying it. 9/11 should never have been allowed to happen. The blame for it goes to the presidential imposter who sat idly by reading a children’s book called "My Pet Goat" while the clock ticked. It’s a sequence in Moore’s film that you will never forget.