« PIRATES OF THE CARIBBEAN: THE CURSE OF THE BLACK PEARL | Main | YU-GI-OH! THE MOVIE » 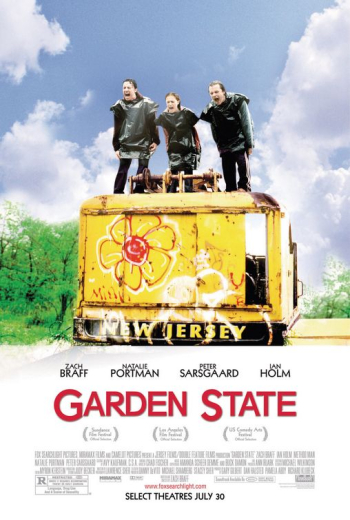 Actor Zach Braff makes an impressive if flawed writing-and-directing debut with a plaintive postmodern drama that relies on unspoken wit to entertain its audience (think a cross between "Harold and Maude" and "The Graduate"). Braff leads the movie as Andrew Largeman (AKA "Large"), a 20 year-old antidepressant addict who returns to his home in New Jersey for his mother's funeral after a ten year absence. Andrew soon liberates himself from his reliance on medication. He discovers love in the guise of local wacky chic Samantha (Natalie Portman). Peter Sarsgaard ("Shattered Glass") adds depth to the movie as Andrew's stoner friend from childhood, and Ian Holm ("The Sweet Hereafter") gives an understated performance as Andrew's detached psychologist father. 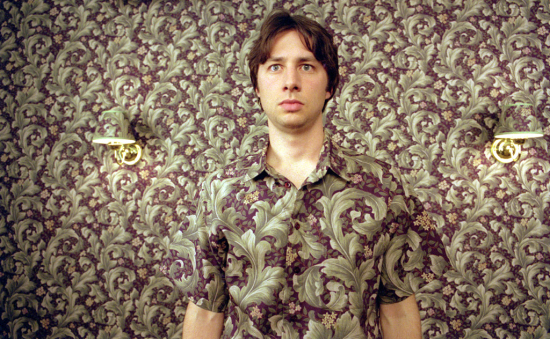 "Garden State" is a gently muted satire about the pervasive use of antidepressants in American society. In the ‘90s, drugs like Zoloft, Paxil, and Prozac became a colossal fad. Those drugs have since left more than a few unnecessarily addicted people in their wake. The core of the movie’s narrative springs from a kitchen accident that Andrew suffered with his mother when he was 10 that left her paralyzed, him severely depressed, and resulted in his father prescribing liberal doses of antidepressants while sending Andrew away from the family’s New Jersey home. Andrew has since been working successfully as a television actor in Los Angeles. He behaves with a shell-shocked vulnerability that’s both endearing and unnerving. But his mother’s recent death sparks a newfound sense of liberation in Andrew that he immediately seizes as a reason to rid himself of his addiction.

Andrew partakes in his childhood friends’ proclivity for self-medicating with pot and alcohol on the night of his mother’s funeral as they sit around in a basement "getting messed up." They play spin-the-bottle-truth-or-dare. The scene is a deft snapshot of pure modern Americana, complete with Andrew enjoying a drug-fueled make-out session with a teenaged local girl. Here we witness a suburban community of disenfranchised kids preemptively guarding themselves from unseen cultural pressures around them. 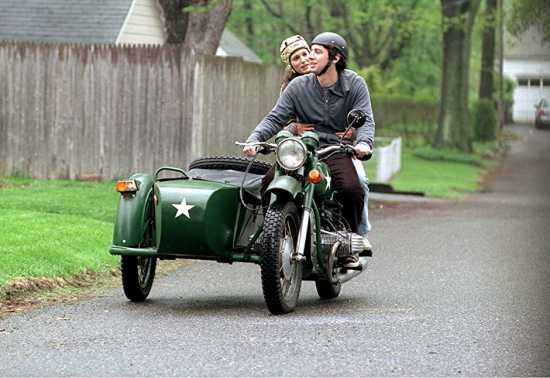 The visit to his old home affords Andrew an opportunity to enjoy his most prized possession, a black sidecar motorcycle that his grandfather bequeathed to him year’s ago. The unconventional mode of transportation acts as an identifying marker for Andrew’s battle for freedom. There's a correlation to World War II, giving a farcical wink to his bold attempt at escaping from the drug induced mental prison that his father instituted.

Zach Braff’s potential as a writer/director/actor is something to be reckoned with. He liberally applies inventive atmospheric sight gags to tweak the audience’s visual comprehension of the story’s subtext. In one scene, a doctor’s diploma hangs upside-down on his office ceiling. In another comic detour Andrew wears a shirt made from fabric that exactly matches the floral pattern of the wallpaper behind him. The upstart director intuitively uses this particular brand of cinematic shorthand with a skill and economy that matches similar such visual flourishes from directors like Mike Nichols ("The Graduate") or Richard Linklater ("Waking Life"). But while "Garden State" is an achievement for its use of comic tone and visual pizzazz to convey the inner turbulence of its repressed characters, it ultimately comes up short in a plot construction that stalls in the third act.

By the last part of the movie, Andrew and his apparent soul mate Samantha have fallen into the early bliss of newly found love. We understand the characters’ desperate emotional need to fill the troubled gaps in their addictive personalities. We can appreciate their do-it-yourself efforts to leverage their amorous bond into a foundation for their budding lives. But there is too much of a blind-leading-the-blind element for the film to effect a satisfying resolve. Zach Braff is an interesting filmmaker with a keen eye for detail, but he's hindered by an underdeveloped perception of climax or, in this case, the high-wire act of achieving a purposeful anti-climax. Nonetheless, Braff's efforts are admirable, and point toward better things to come.

Posted by Cole Smithey at 07:19:00 PM in Comedy, Drama, Independent