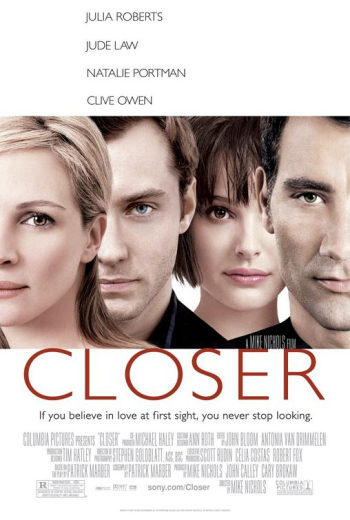 Mike Nichols teases up a similar level of nasty modern emotional dysfunction to his 1973 film "Carnal Knowledge" with a filmic rendition of Patrick Marber's acclaimed stage play about sexual oneupmanship in London. 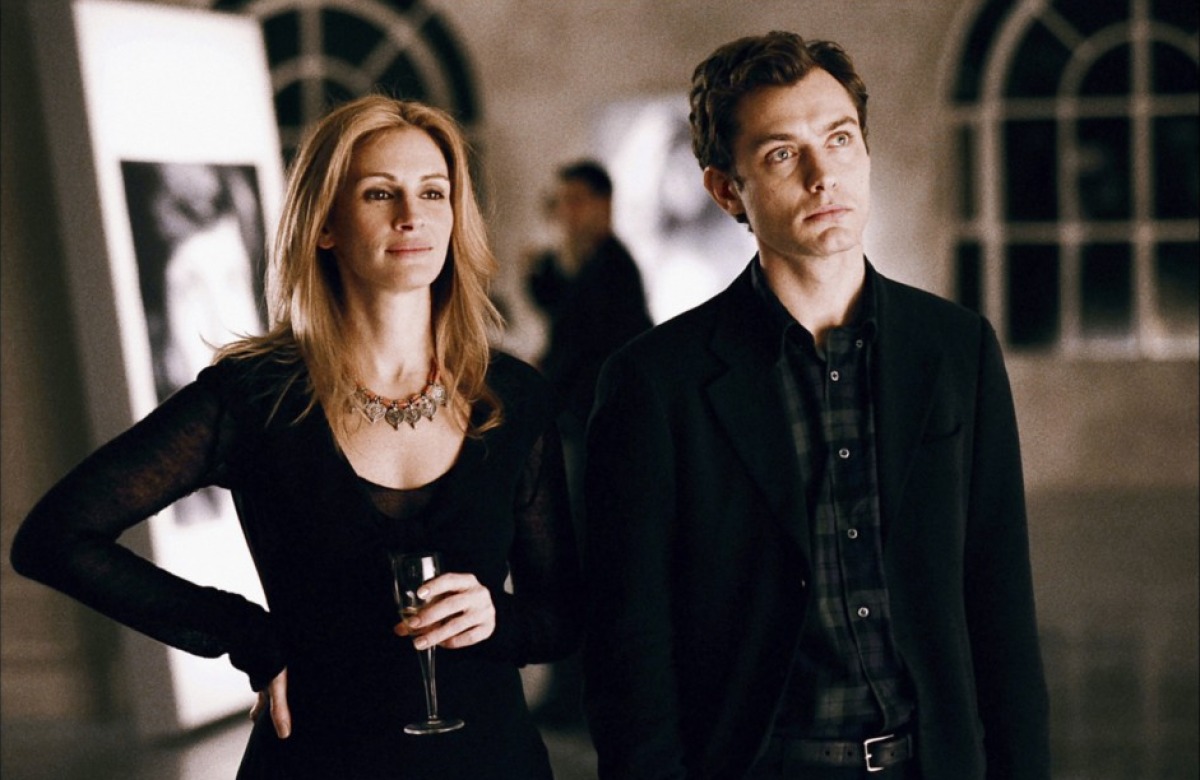 The dramatic cake rises when Dan performs a cybersex role-play prank to lure randy dermatologist Larry (Clive Owen) to publicly meet Anna as retribution for her rejection. Jealousy and betrayal boil over as the couples switch allegiances, and plot twists reveal the characters' inner natures through their habitual transgressions. 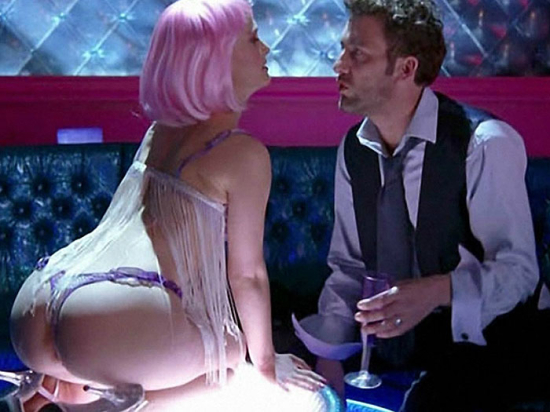 Mike Nichols compensates for some of the script's stagy weaknesses with longing close-ups of the actors' faces and varying camera angles that provide a fly-on-the-wall perspective to the emotional carnage at hand. 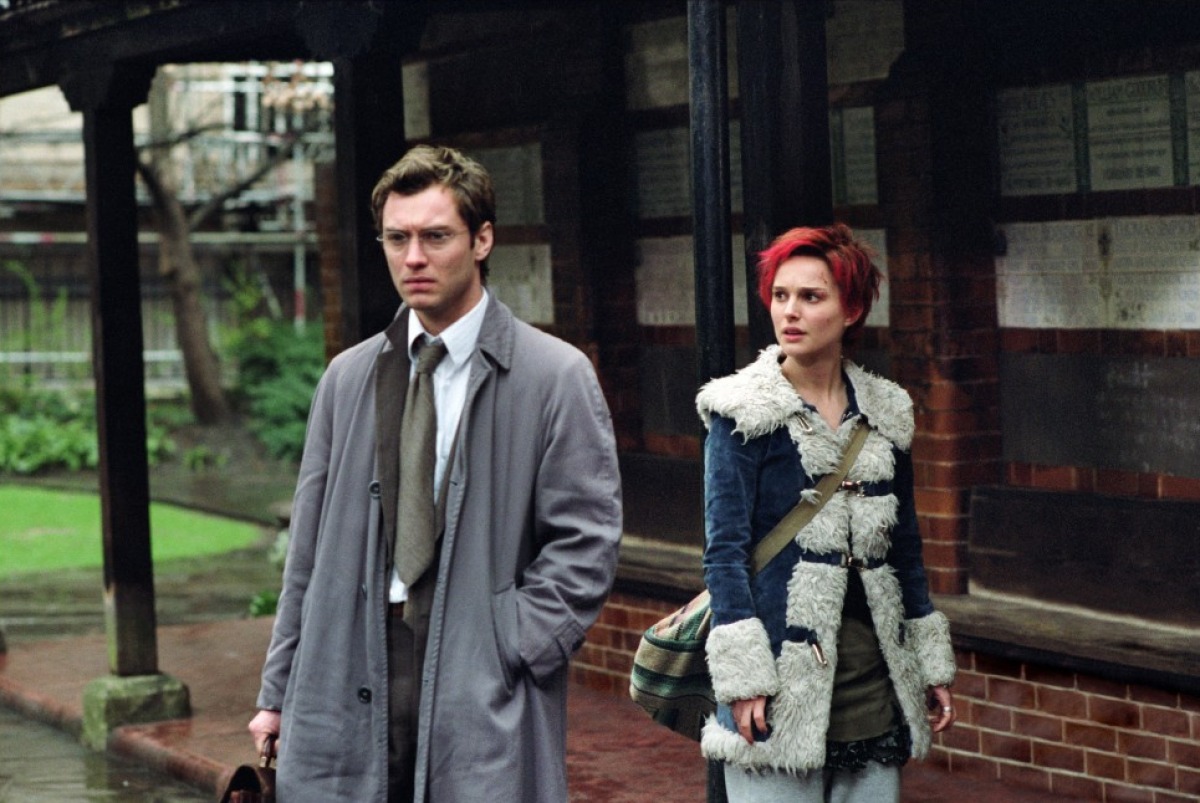 Marber's script continually leaps forward in time to embellish his premise that people focus more the beginnings and endings of relationships than on what happens in the middle. But while the script flashes on the idea that its characters are addicted to the act of "falling in love," it doesn't go far enough in showing a variety of such hook-ups. 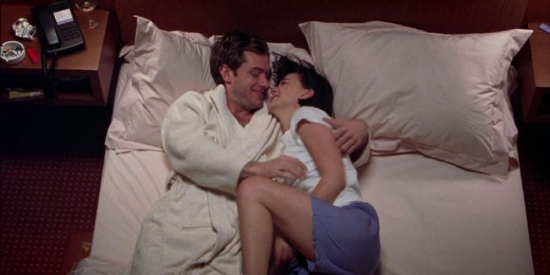 Because each actor fully carries his or her quarter of responsibility to the story, casting flaws become painfully apparent. Julia Roberts suffers the most with her signature one-note performance coming up woefully short against Clive Owen who runs circles around her. A more subtle failure comes with Jude Law's inability to stay true to his ever-morphing character. You can actually watch him break character in several scenes. Perhaps because of his association to the remake of "Alfie," Law was unable to make critical mental adjustments that would have allowed him to let down his guard as a representational stud. 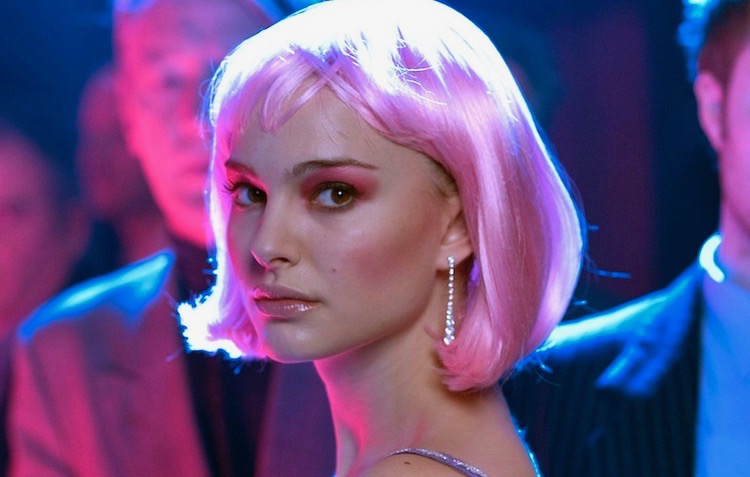 It's no wonder that Clive Owen steals the movie considering that he played Jude Law's character in the original National Theater production of "Closer" (directed by the playwright). He so fearlessly commands the movie that you can visualize him holding it on his shoulders like some kind of Atlas as his scenes go by. Owen brings a heightened level of commitment. His fearless performance teeters on a dramatic edge of spontaneity that is breathtaking.

Natalie Portman reaps the most rewards from Clive Owen's spectacular efforts in the scenes they play together. Portman's Alice is a professional stripper. Her cynical character sets a libidinous tone for the film. She walks down a busy street in slow motion before a chance encounter with Dan (Law) allows her to lay down immediate roots in London. Alice--as she calls herself most of the time--is the most guarded character in the story. She is the catalyst that spurs every other character into action. After Alice moves in with Dan, he finally writes his first novel. When Dan first attempts to cheat on her with Anna, Alice is in the next room of Anna's photography studio eves- dropping. Alice brings out the best and worst of those nearest to her through her disarming sensuality and private agenda.

Alice also carries the subtext of the film's theme about the cruelty of love being equal to the savagery of sex. The thematic centerpiece of the film comes not in the much talked-about verbally graphic break-up scene between Clive Owen and Julia Roberts, but in the nightclub scene where Alice taunts the supplicating Larry with her naked flesh that she lords over him with compassionless mastery. The film hits its crescendo when the love-struck Larry is forced to admit that all he can desire from Alice is to gaze from behind at her glistening genitalia. 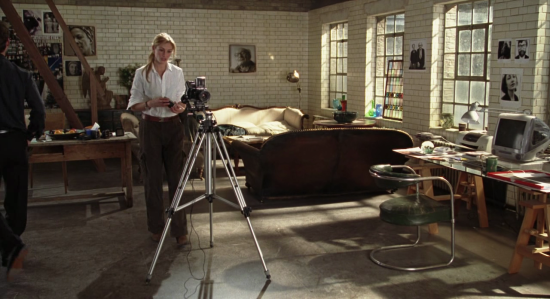 Natalie Portman's character sums up the movie when she confronts Dan with his heartily professed love after she ends their relationship. "Love" she says, "where is this love? I can't feel it, I can't see it." It's an overused word that has by now been so abused that it no longer holds any credibility to today's post-modern global culture. Like promises from a politician, "love" is a curse that condemns its user. "Closer" is a good movie made from a competent play. It clearly states something that most people are deeply afraid to admit. 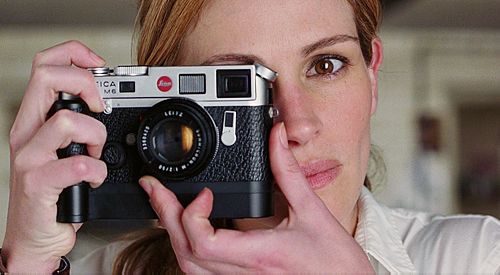