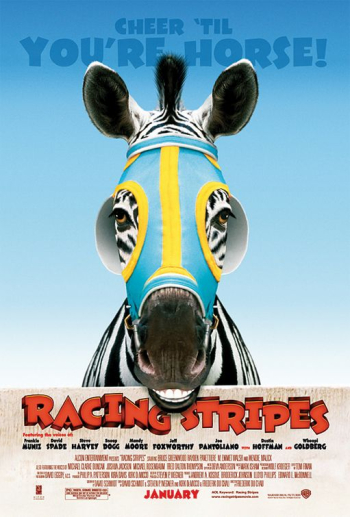 There's something oddly satisfying about seeing a notoriously disobedient wild animal like a zebra racing alongside thoroughbred racing horses. For parents of the four to ten- year-old children this talking-animal picture is geared toward, that spectacle alone should provide sufficient entertainment value. "Racing Stripes" is a guileless kiddie movie marred by brief dollops of outré humor. Rural Kentucky is the backdrop against which former horse trainer Nolan Walsh (Bruce Nolan - "Thirteen Days") and his pretty teenaged daughter Channing (Hayden Panettiere) discover and rescue a baby zebra left behind by a traveling circus.

Once in the comfort of the Walsh family farm, Stripes-the-zebra (voiced by Frankie Muniz) strikes up a talky relationship with his farm animal cohabitants--as voiced by such audience-pleasers as Dustin Hoffman, Whoopi Goldberg, Snoop Dogg, and Mandy Moore. All the action leads to a big race at the Kentucky Open between Stripes and giant thoroughbreds. In the old days this would have been a "G-rated" movie, but screenwriter David Schmidt’s scatological and verbal references to violence unjustly puts the piece into PG territory.

"Racing Stripes" is an example of Hollywood’s inability to provide G-rated fare in a marketplace opposed to content solely for children. There seems to be some fear of losing an audience of slightly older kids who might not be satisfied without a few scatological references. You can practically hear scripter David Schmidt second guessing how flat his dialogue might fall if he didn’t have a couple of CGI flies (voiced by Steve Harvey and David Spade) wallowing around in soppy horse manure. It’s a gross-out scene that snaps the audience out of the movie and places them on a decidedly squishy brown planet for a few painful seconds. 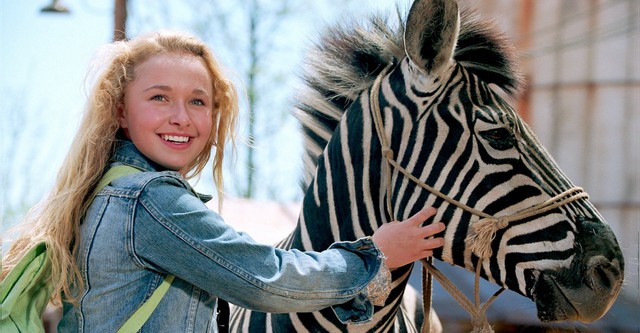 Schmidt’s obligatory addition of a trash-talking Mafioso goose (voiced by Joe Pantoliano) drags the movie beneath its otherwise G-rated category every time the goose opens his mouth to brag about bumping off some unknown character from a story different than the one we’re watching. Since when did mob characters become cutesy icons that six-year-olds should be happy to imagine cutting off horse heads? The hit-man goose comes to the movie like an alien jester sent to break up the flow of an otherwise well-guided narrative. 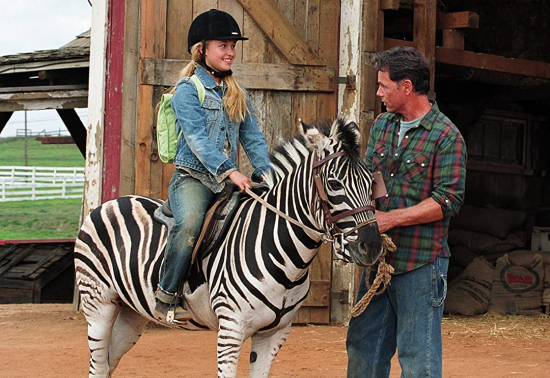 The greatest strength of "Racing Stripes" is in the sound casting of Bruce Nolan and Hayden Panettiere as a charismatic father/daughter duo who live a farm-based American lifestyle that is all but extinct. Bruce Nolan perfectly represents a brooding husband/father broken by the tragic loss of his wife to a riding accident, and Hayden Panettiere is that rare girl who tames her dreams with unorthodox methods. 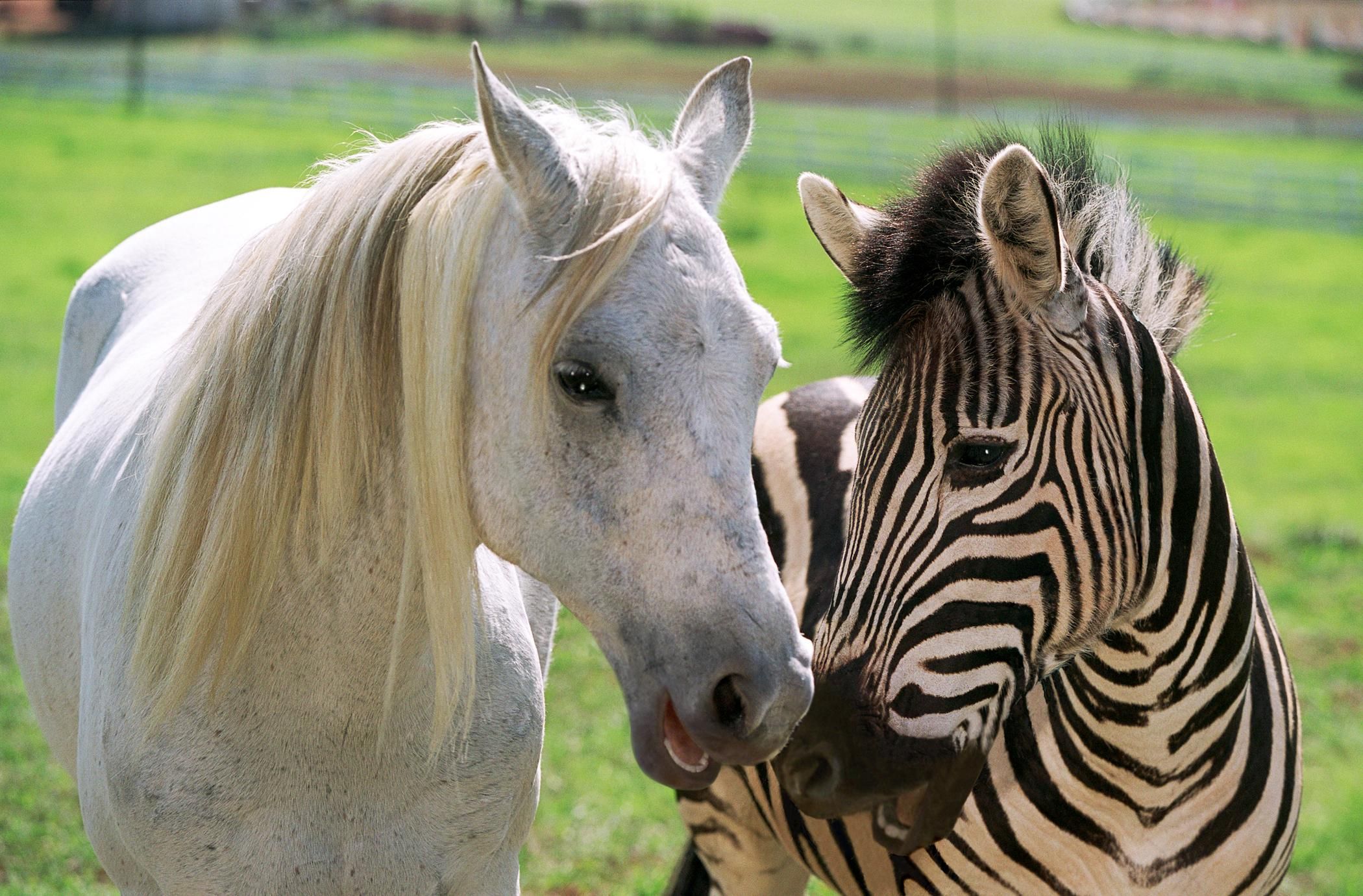 Stripes-the-zebra symbolizes a common dream of success that our idyllic father and daughter share. For as much as the film revolves around the undeveloped personality of a talking zebra intent on winning a race against his equine neighbors, the animal signifies a specific brand of individual freedom that kids will automatically identify with. "Racing Stripes" is an uncomplicated and charming children’s movie that suffers mildly from brief diversions of inappropriate humor.