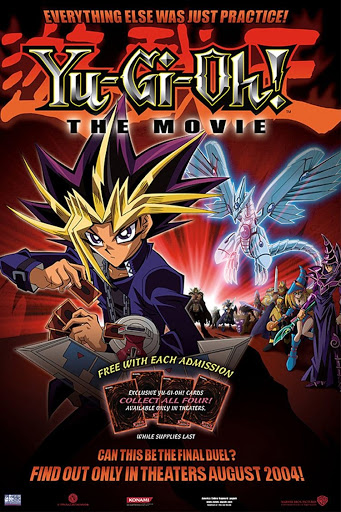 Watching a feature-length animated movie based on the television series, and Manga comic book, is like watching a Japanese video game being played on a movie screen. With careful marketing ploys strung throughout the film, "Yu-Gi-Oh! The Movie" also operates as one long commercial to inspire the purchase of collectible cards that coincide with the monsters and magical forces that the characters/players use in their "Shadow Games." 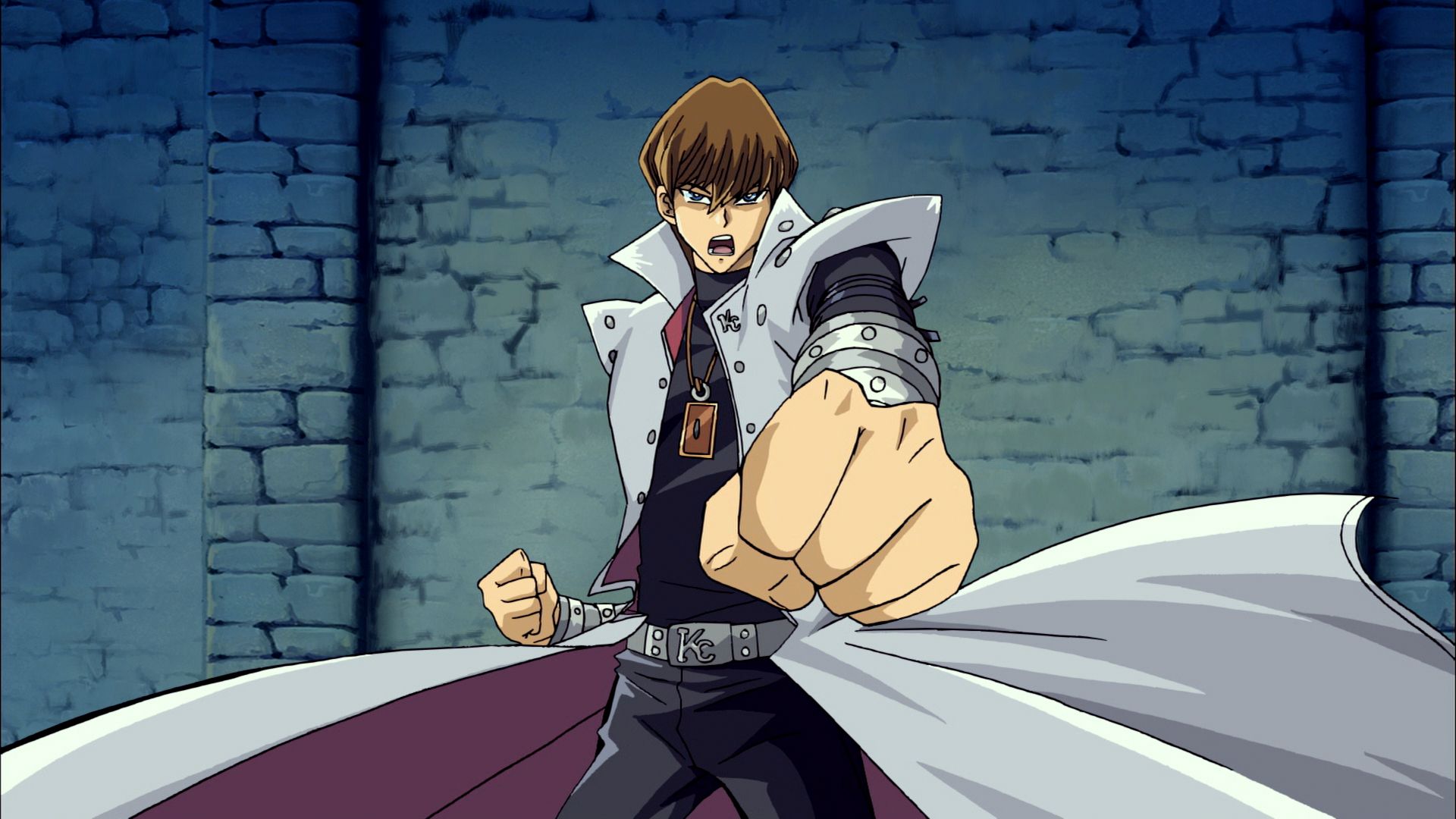 Yugi is a punky "King of Games" gamer boy who holds the three strongest "God" cards in the "Shadow" game when his arch-rival Seto Kaiba attacks him in a fierce grudge battle that awakens the wrath of the evil Anubis. The movie quickly gets repetitive as the players call monsters, spells, and traps into play, while excitedly one-upping their opponent. Kazuki Takasashi’s "Yu-Gi-Oh! The Movie" is a well-crafted animated video game with style, humor, and a built-in mechanism to sell merchandise to kids.

The publicity notes state, "Armed with special energies Yugi absorbs from the Millennium Puzzle, a powerful ancient artifact he wears around his neck, Yugi and the Pharaoh (Yugi’s alter ego) whose spirit inhabits the Puzzle – join forces to battle various foes in their quest to save mankind and become the best duelists in the world." This nutshell description shows the distance the writers have gone to in order to win over the pocketbooks of young boys who identify with Yugi. They fantasize about living in the abstract and cruel postmodern world that Yugi endures. A great deal of irony stems from the fact that "Yu-Gi-Oh!" represents Japanese capitalist and wartime propaganda in one of its most sophisticated forms, a children’s cartoon. 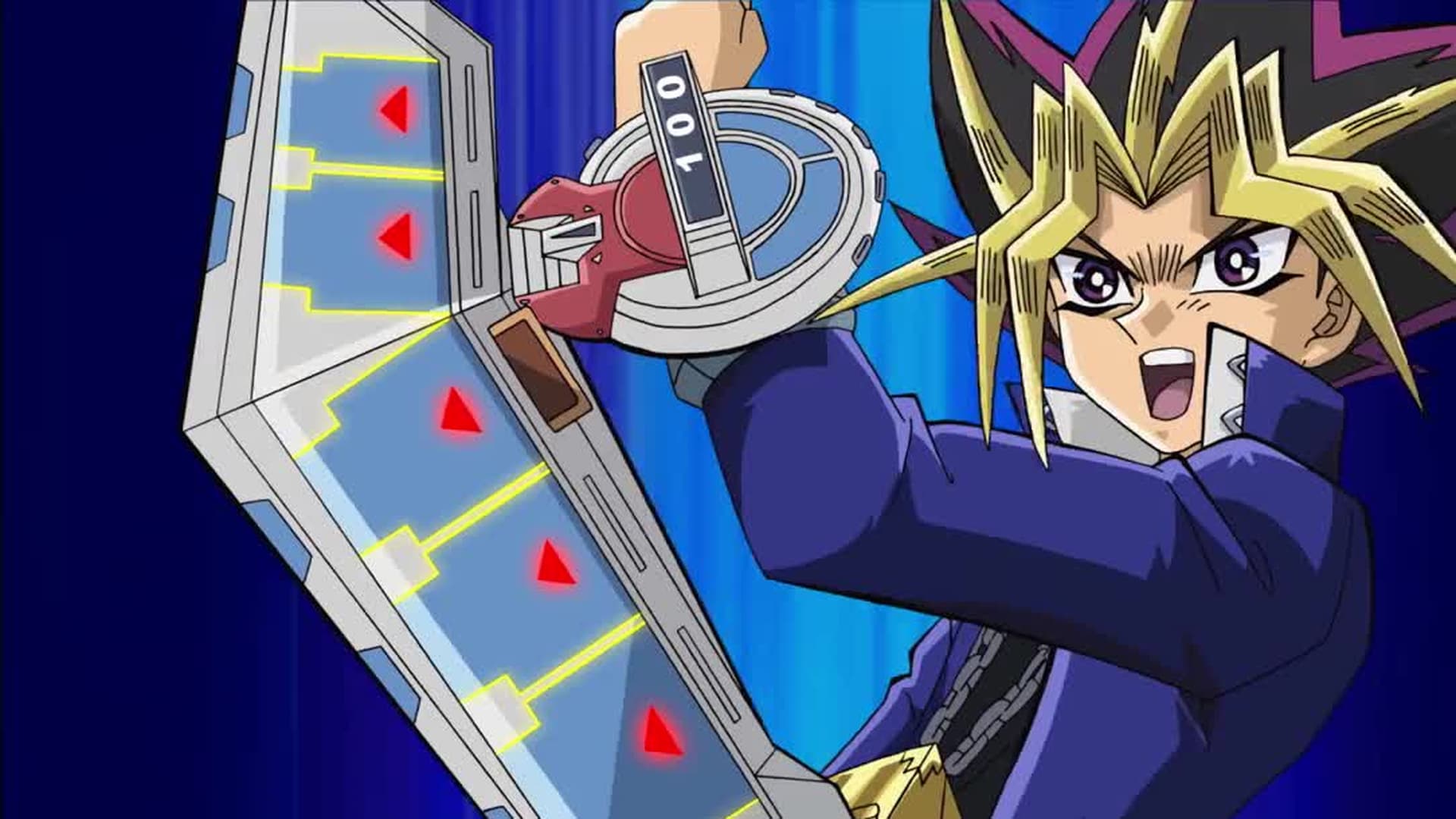 The innumerable monsters in the movie represent Japanese backlash fear, from the atomic bombings at Hiroshima and Nagasaki, of a colossal attack from the sky. Here, the pain of the Japanese people takes a circuitous route into the collective sub-conscious of the world by way of a popular and branded cartoon.

The writers succeed in presenting a self-contained story that corresponds to the television show without relying on outside information as a narrative crutch. The predictable conceit of the battles between Yugi and Kaiba is that by the end of the game their monsters will become physically real and endanger the actual Earth unless Yugi and his friends can defeat the brutal and all-powerful Anubis.

There’s no denying that "Yu-Gi-Oh!’s" graphics are iconic and potent in an archetypal way. When the players draw new cards from their decks, every new monster, spell, or trap is a revelation in substance to the anticipated battle that follows. From a giant mute clown to a pair of intimidating Sphinx monsters, there is an atmosphere of unbridled imagination and randomness permeating the boy-friendly subject matter. 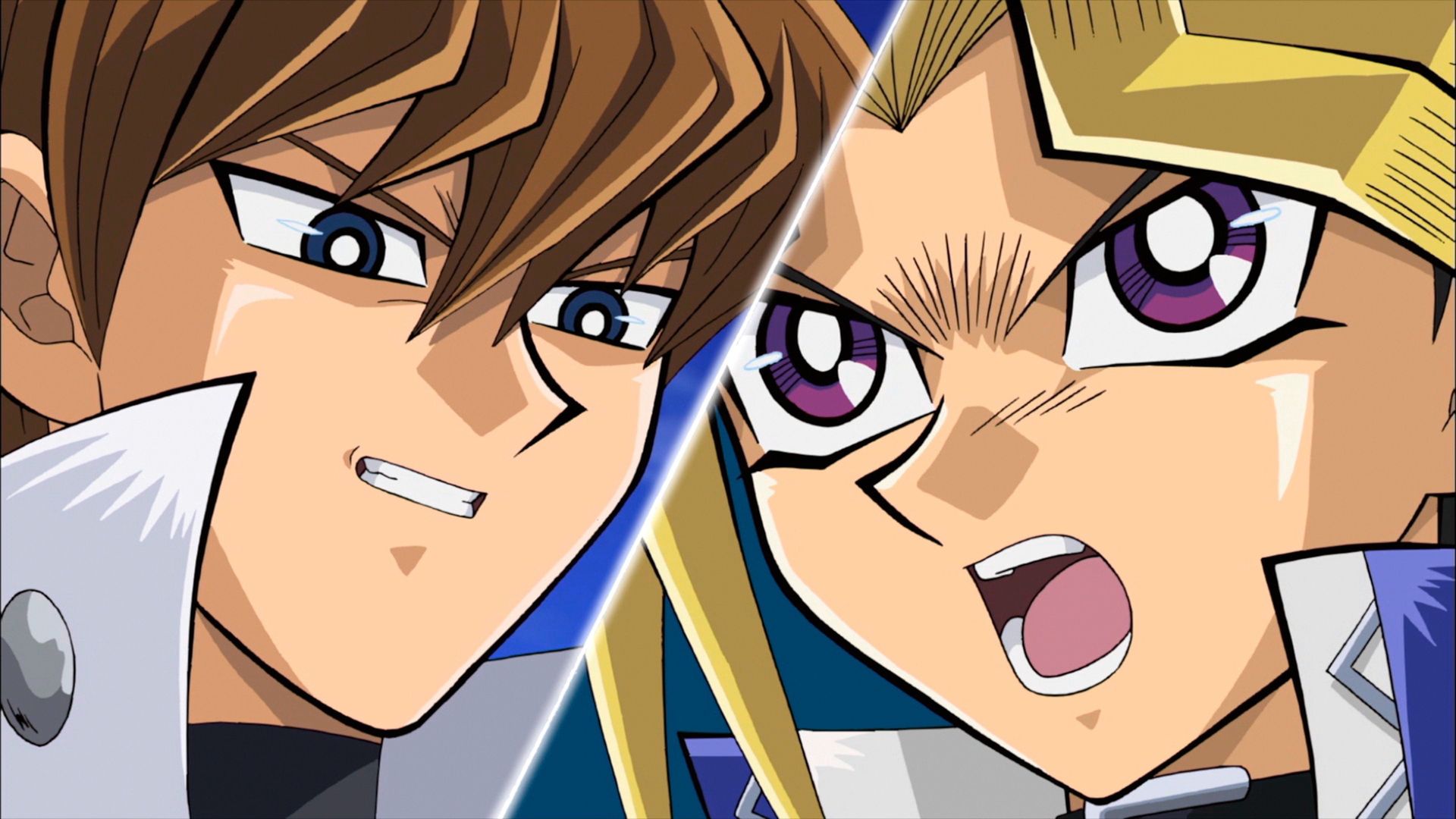 "Yu-Gi-Oh! The Movie" operates on a premise that all boys want to grow up to be "master duelists" in a world of villainous monsters. It’s a model that history bears out, and one that attracts many young male viewers more obsessed with their cartoon alter egos than with their potential maturity.

Will the gigantic monsters scare new young audiences? Will more kids take up the arms of collector cards in order to participate in the necessarily violent metaphorical carnage that must remain constant?

There’s something transfixing about the violence in "Yu-Gi-Oh!" The battles come at regular intervals that adhere to the pop song (sex-act) length of 3 to 4 minutes, and all finish with a similar fist-blow of energy that pulverizes the enemy. There is also a certain satisfaction in seeing multiple monsters combined into a single more-powerful and diabolical creature. These kids are already altering DNA. There are many more levels in "Yu-Gi-Oh! The Movie" than meets the eye.