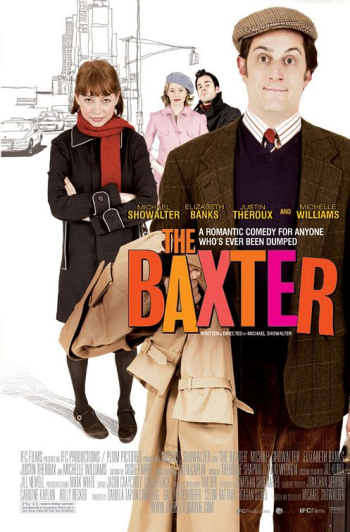 "The Baxter" is a Brooklyn-centric comedy about lifelong nerd Elliot Sherman (played by writer/director/actor Michael Showalter). Elliot's trip to the altar with the girl of his dreams is fraught with embarrassment, humiliation, and failure. Showalter fills the cast with a clique of New York actors goofing on one another’s performances with a casual camaraderie that’s infectious if not as entirely laugh-inducing. Justin Theroux, Peter Dinklage, Paul Rudd, and Michelle Williams keep the humor at an even simmer in a quirky well-written comedy that never quite comes to a boil. 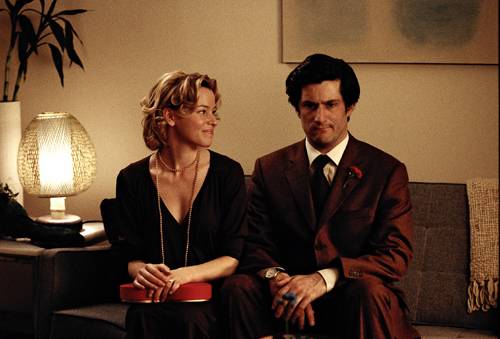 A "baxter," as we discover with the aid of Elliot’s opening voice-over narration, is his grandmother’s term for the guy who never gets the girl, or rather he’s the simp a girl would settle for because she can’t have the guy she really wants. This sad state of affairs is revealed to occur largely through the interference of some male rival (frequently an ex-boyfriend from a girl’s past) who butts into whatever level of relationship the baxter may be enjoying. Said rival steals said girl away to a life of imminent strife. In tax-accountant Elliot’s case, his dream girl Caroline (Elizabeth Banks) is a magazine editor who’s clearly slumming it with a guy who knows her family scrapbook inside out. Justin Theroux commits his signature brand of scene- stealing as a mystery man from Caroline’s past with far more carnal knowledge about her than Elliott. 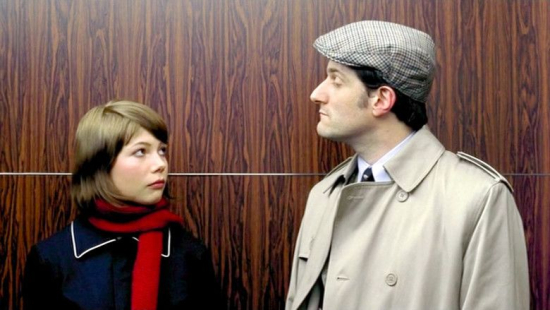 Cecil (Michelle Williams) discreetly steps into Elliot’s life when she arrives at his office to work as a temp. With her short brunette hair, and slightly pigeon-toed walk, Cecil is a girl of many hidden charms. She’s an aspiring singer/songwriter whose imaginative talent holds the story hostage when Elliot makes his way outside of his lonely apartment to see her perform a nearby bar. 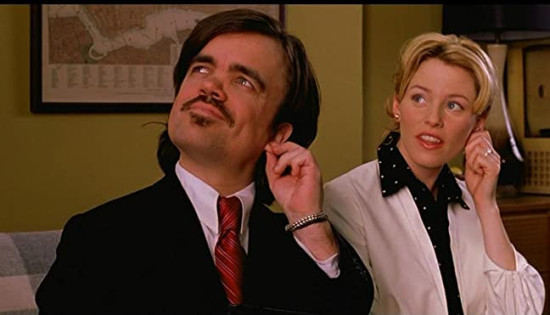 Adding to the comic texture is the ever-watchable Peter Dinklage ("The Station Agent") as a gay real estate agent named Benson Hedges who mistakes Elliot as a fellow member of the same sexual persuasion.

"The Baxter" is a good-hearted romantic comedy that achieves its uncomplicated comic goal of presenting an underdog love story filled with offbeat personalities. It gives a respectful nod to the baxter in all of us. 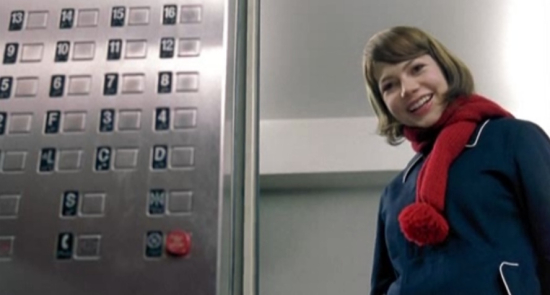