« THE PRIZE WINNER OF DEFIANCE, OHIO | Main | WALLACE & GROMIT: THE CURSE OF THE WERE-RABBIT » 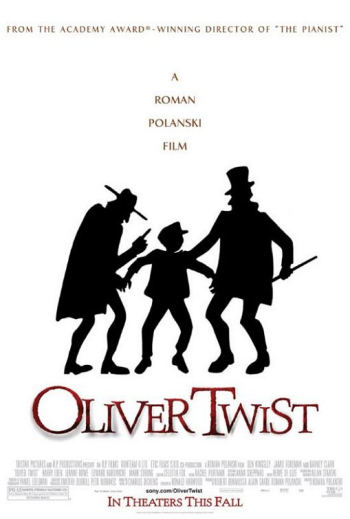 Roman Polanski’s impressive adaptation of Charles Dickens’ novel "Oliver Twist: Or, the Parish Boy’s Progress" bristles with Polanski’s notable attention to detail and personal investment in a story about impoverished children attempting to circumvent the menacing social threats around them. 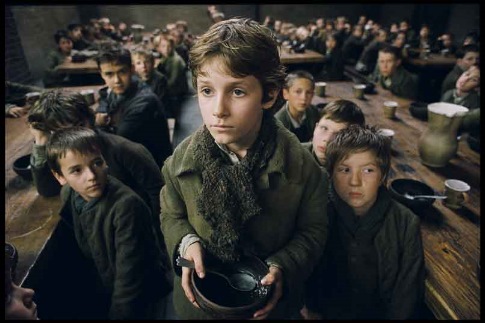 For all of the many cinematic versions of "Oliver Twist" that have been produced (see David Lean’s brilliant 1948 version) Polanski’s comes closest to fleshing out Dickens’ overrated source material. There isn’t a single extraneous frame in the picture thanks to Herve de Luze’s concise editing job, and the only aspect that attracts undue attention is Rachel Portman’s overpowering musical score that serves as an all too noticeable Greek chorus. 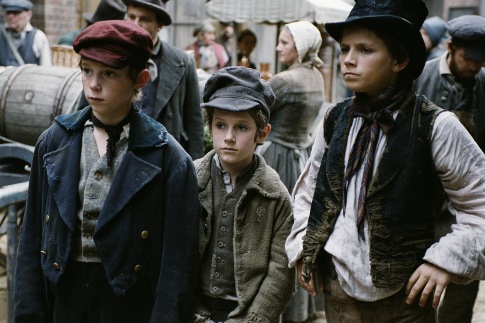 It’s no secret that Roman Polanski spent his childhood on the run from the Nazis in war torn Poland during which time his agnostic Jewish parents were taken away and his mother killed in Auschwitz. The experience plainly informs Polanski’s straight approach to "Oliver Twist" and makes for a considerably dark movie that is only momentarily brightened during Oliver’s flirtation with upper class living that exhibits his graceful potential for rising above the lower class traps that continuously ambush him. Primary sparkles of light come from the sensitive eyes of the film’s talented upstart actor Barney Clark who fills Oliver’s tattered Victorian era shoes with a closely guarded sense of hope. Clark’s Oliver is a sleep deprived creature whose primary virtue derives from his keen alertness to his surroundings rather than any sense of cockiness that would mark a similar character in any Hollywood version of the story. 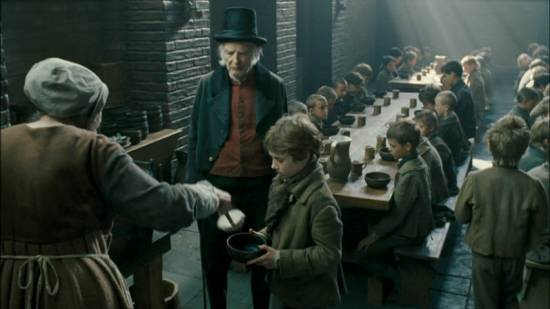 So naive is Oliver that he stumbles into a huge mistake when he politely requests extra gruel at the orphanage workhouse where his mother’s death has left him in the story’s beginning. Screenwriter Ronald Harwood ("The Pianist") wisely excises Dickens’ backstory about Oliver’s mother and adds considerably to the story’s linear telling with close attention to the West End London language of Dickens’ characters. 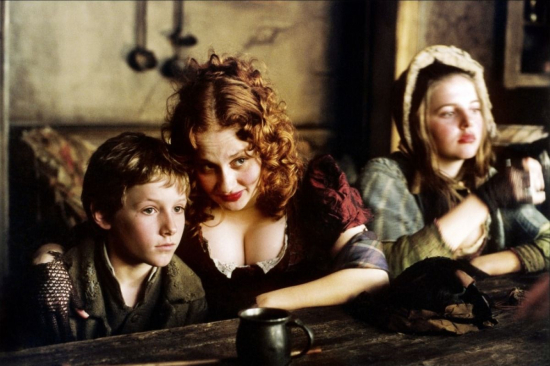 And so begins Oliver’s herky jerky journey through the hands of menacing adults whose sole purpose in life seems to be taking out their frustration with the world on indigent children who have no means of recourse. After Oliver is handed off by the workhouse to Mr. Sowerberry, a cruel undertaker, our young hopeful escapes a life among the dead to make his way on foot to London where he’s befriended by a gregarious street thief called the Artful Dodger (Harry Eden). Dodger introduces Oliver to the film’s only recognizable actor Ben Kingsley as Fagin a mentor to a group of young thieves he effectively pimps out to do his bidding. Kingsley anchors the film as a dicey adult character that exploits boys whose lives are as immediately desperate as his own. Fagin is an example of an insane adult character that Oliver could eventually become if not for better opportunities. Polanski effectively emphasizes the trajectory of Fagin’s sad life in the film’s final sequence.

Polanski’s "Oliver Twist" is a satisfying rendition of Dickens’ classic that’s marred only by its inept musical score. The movie carries the full thematic weight of the novel regarding the frequently desperate life of children as young people forced to adopt adult behaviors and make adult decisions. 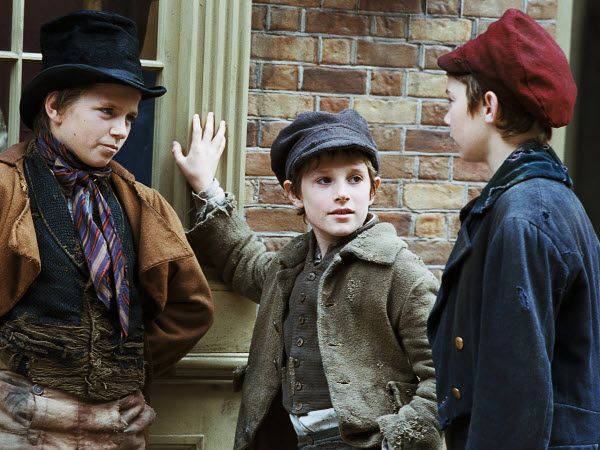 While the picture is not quite a masterpiece it does carry the stamp of a master filmmaker working at the height of his abilities. For young audiences, Roman Polanski’s "Oliver Twist" is a terrific induction to the story of a weak boy who manages to escape the oppressive people and situations that surround him by a measure of ingenuity, politeness and wit.

Posted by Cole Smithey at 11:34:57 PM in Drama, Literary Adaptation