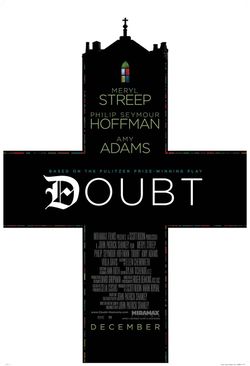 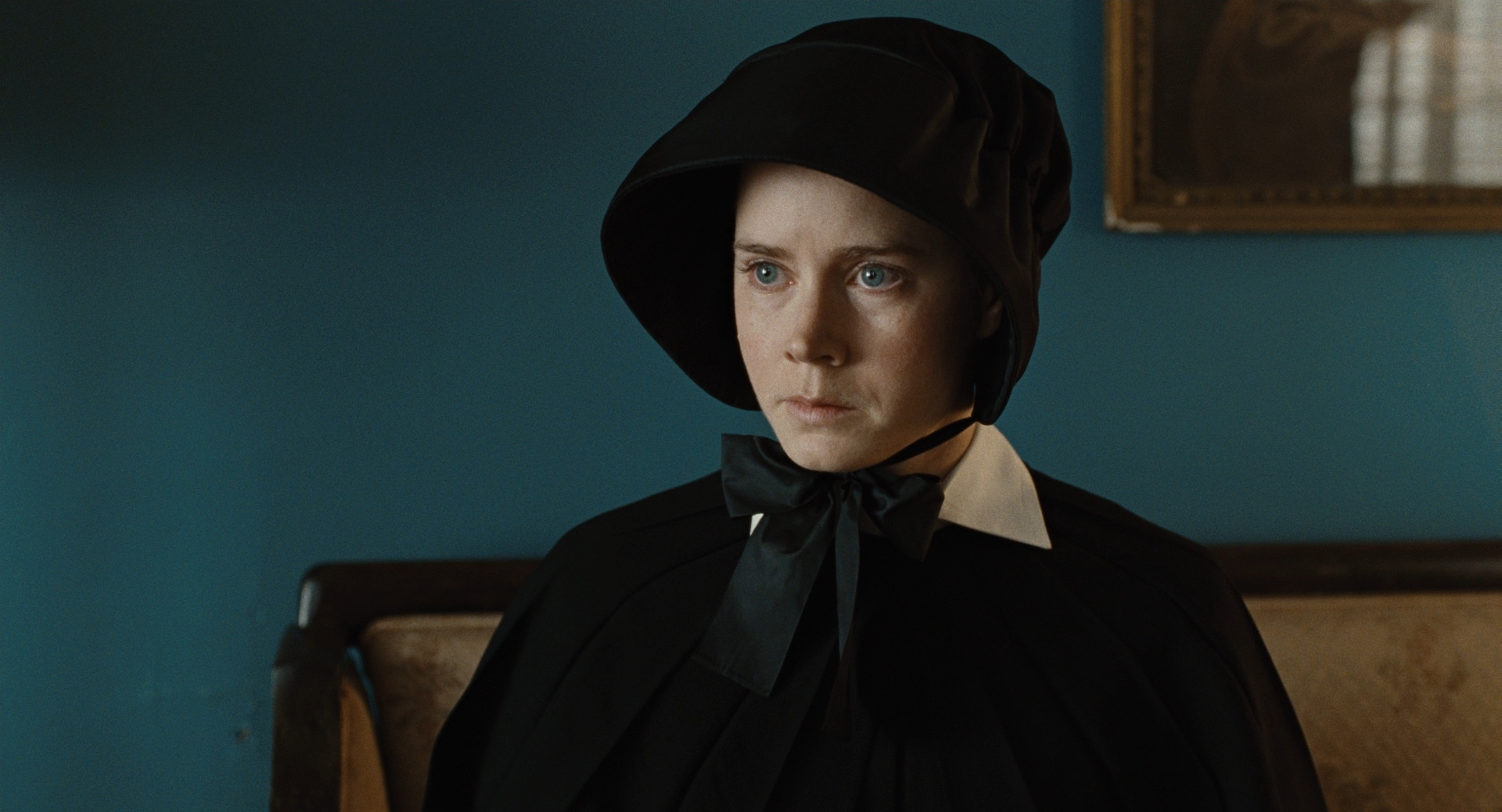 In light of the countless Catholic Priests that have been indicted on pedophilia charges in recent years, the material brings into question Shanley's motivations for writing what is a tacit apology for suspicions raised against male clergy. Convincing performances from Amy Adams (as Sister James), Meryl Streep, and Philip Seymour Hoffman do little to mitigate the material's buried agenda. 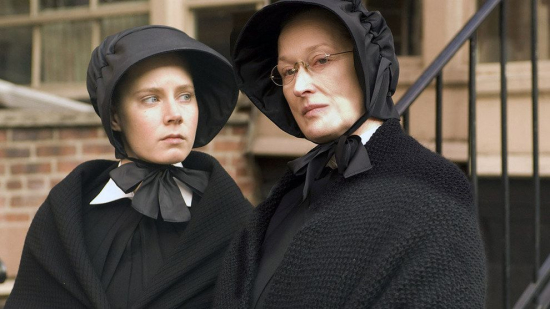 St. Nicholas Catholic School in the Bronx circa 1964 is the setting where Sister Aloysius oversees the school's populace of mainly young Irish and Italian junior high boys with a keen eye for their many means of misbehavior. The Sister goes so far as to advise the school's newest doe-eyed nun Sister James to keep a sharp watch out for any signs of impropriety. As if on que, Sister James witnesses the jovial Father Flynn putting Donald Miller's dirty t-shirt in a locker after having sent for the altar boy during class. Suspicions boil into a full-blown accusation when Sister James reports the incident to Sister Aloysius along with other information about the Donald's class room behavior after the occasion, and the smell of liquor on his breath. 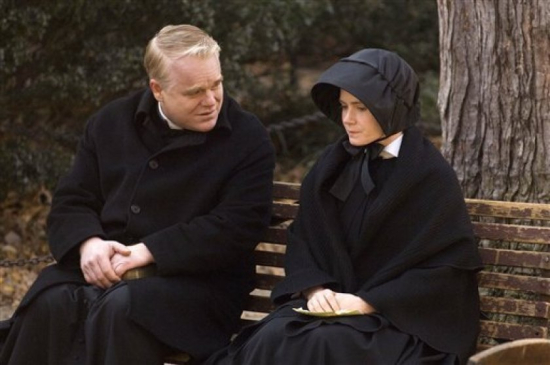 The construction of Shanley's play is purposefully tilted to leave out crucial information and scenes that would signify in one way or the other the foundation of the suspicion that we, as the audience, share with an antagonist that we are spoon-fed to dislike. Streep's Sister Aloysius is a marvel of prudishness — she doesn't want allow a secular song like "Frosty the Snowman" on moral grounds — and her jealousy of the church's male-dominated hierarchy finds its way into every breath she emits. She proudly wears her brittle heart on her sleeve, while Father Flynn sends subtext power shots from the pulpit during his rousting sermons about things like intolerance.

The play's title comes from the central idea behind one of his sermons, and when Flynn takes to the pulpit to preach against gossip, he is able to convey the effect of Sister Aloysius's opportunistic attack on him. 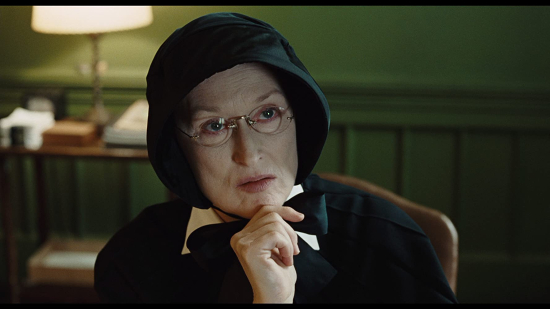 As a piece of prime grade dramaturgy, "Doubt" is well-written enough to stir up delicate cocktail conversation about a Catholic Priest in the mid-sixties letting his school's only black student get away with stealing some altar wine, but serious cracks appear when the material alludes to character aspects the writer was unwilling to explore. 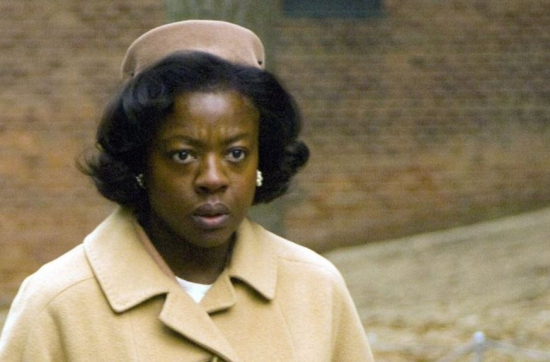 Had Father Flynn ever been accused of similar improprieties in the past? Did he know that Donald's mother was already identifying the boy as gay? And what does the boy have to say about any of this? Those questions are never answered. Did I need to see this movie to have them raised? Now I'm seeing where the doubt comes into play.