Double Monsters – Half The Fun 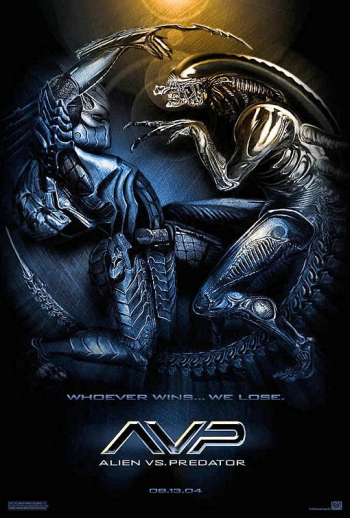 This spectacle-fueled sci-fi thriller is all bark and no bite. A cast of unknowns, with the exception of Lance Henriksen ("Aliens," Aliens 3"), put flesh on the bones of a mechanical plot that is immensely aided by terrific special effects. Set in current times, the story follows a group of specialists, led by Alexa (Sanaa Lathan), on a reconnaissance mission 2000-feet below the surface of the water in Antarctica to analyze a heat pocket that’s of great interest to billionaire Charles Weyland (Henriksen). 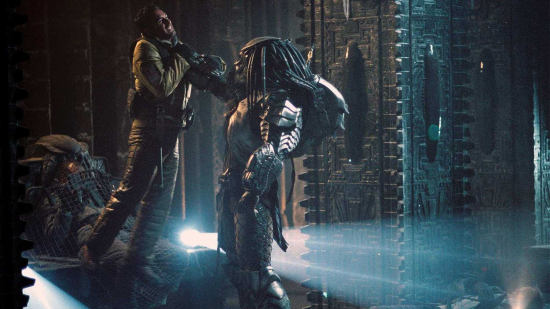 Although slow to kick in "Alien Vs. Predator" eventually coasts on the merits of its hyper mise en scene of gruesome creature hell as our promised gladiators do battle, not as singular entities, but as members of opposing armies of mechanically mutated monsters. There isn’t a lick of character-driven anything in "Alien Vs. Predator," but there are plenty of fast-paced visual surprises that will enthrall audiences unfamiliar with the suspense majesty of either of the first two "Alien" movies (’79 & ’86), or the original "Predator" (1987). 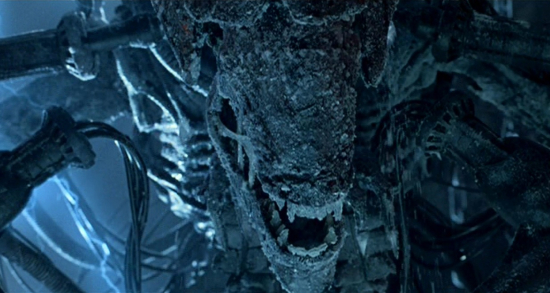 The plot is built around a subterranean culturally jumbled pyramid where predators once ruled mankind and used humans as incubators for breeding "the ultimate prey." It seems that every 100 years the Predators square off against the same Jai Lai headed Aliens that Sigourney Weaver battled so bravely in order to affect a self-imposed form of Darwinism. Writer/director Paul W.S. Anderson ("Resident Evil," "Mortal Kombat") lays out the soggy narrative background as half-baked window dressing for the video game acid bloodletting that must occur. Anderson endears the audience to the predator side of the battle by establishing a faulty logic that states "the enemy of my enemy is my friend." This enables Alexa to team up with one of the tall predator rasta killing machines while using the hollowed-out skull of an Alien as a shield when the unlikely duo fight a slew of the double-jawed Aliens. 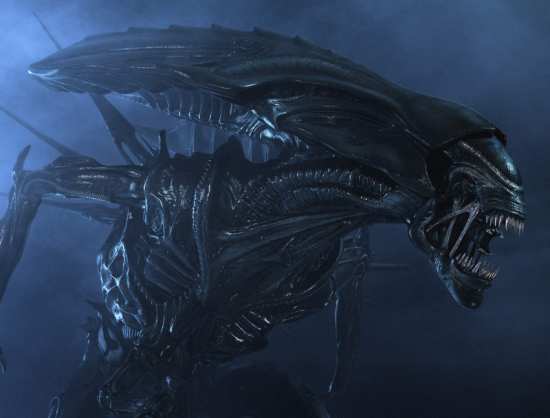 As a genre, the newly developed ‘sci-fi slasher video game movie’ demonstrates a limited scope geared specifically at audiences wanting to take a break from their X-Boxes long enough to savor similar action battles on a big screen. "Alien Vs. Predator" is remarkable fundamentally for its competent rendering of H.R. Giger’s grotesque "Alien" monsters. Anderson overuses obligatory close-up shots of the horrific "Alien" teeth coming within inches of Alexa’s face, but it’s such a potent image that it still packs a punch of anxiety regardless of how many times it’s used.

When our hero predator slices an alien head in half exposing a cavern of green goo, it’s a deeply satisfying moment for the conditioned audiences who’ve seen the original "Alien" movies, and who carry the dread of that genuinely tense experience with them. But because we are not allowed any vested interest in Alexa as anything more than a puppet protagonist, none of the chase scenes or battles sequences carry much dramatic weight. 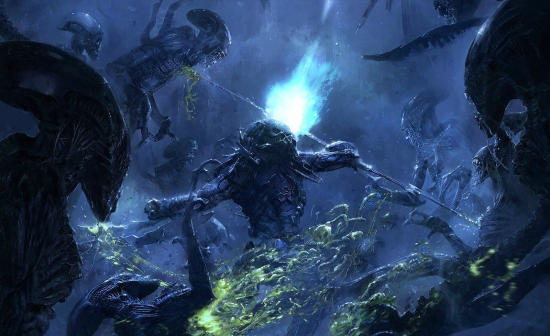 In the end, there’s no question about which of the two creatures is more unnerving or indestructible, and the filmmakers make sure to leverage that factor into an open ending to telegraph the possibility of a sequel. Paul W.S. Anderson is a British director who has made a career out of directing video game styled action movies that are all technique and no substance, yet his movies give you an impression that he is still unclear on the constraints of the genre he’s single-handedly creating. Perhaps this genre of film should be made with even less attention to character and story so that all you are watching is cinematic wallpaper of violent spectacle. It could be thought of as the cinematic equivalent to techno music. At least then audiences could go in with a more accurate frame of reference.