THE FILTH AND THE FURY 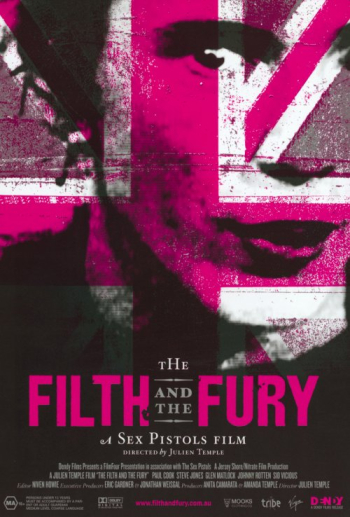 The Sex Pistols managed to offend more people and leave more destruction in their wake than any other punk group. They accomplished it with a tight collection of text-book rock ’n’ roll songs that directly assailed the people they were fed up with — the spoon-fed public in general, and militaristic governments in specific. Their incendiary success was as much a symptom of the ugly social and economic climate in London in the mid-seventies as it was their raw music. 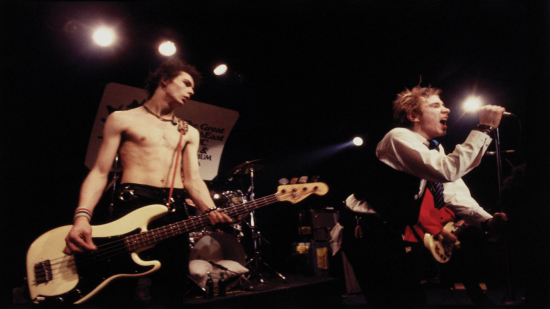 "The Filth and the Fury" is the first punk rock documentary to lay out, in an editorial style, a thorough linear account of the last major musical movement of the twentieth century by way of that genre’s fiercest example. There are so many live versions of the band playing and recording that you’ll be humming "God Save the Queen" and "Liar" for days. Temple interviews the Pistols’ surviving members in dark silhouette against a living room window to maintain the film’s focus on the Sex Pistols’ mid-to-late ’70s timeframe.

There are tons of treasured punk related film clips, such as Marc Bolan a.k.a. T-Rex speaking to the camera about his admiration of the Sex Pistols, and about their music as an expression of "violence of the mind, rather than violence of the body." There are obligatory clips of the New York Dolls in the height of their career, complete with a smacked-out Johnny Thunders playing guitar like a machete-wielding mercenary. 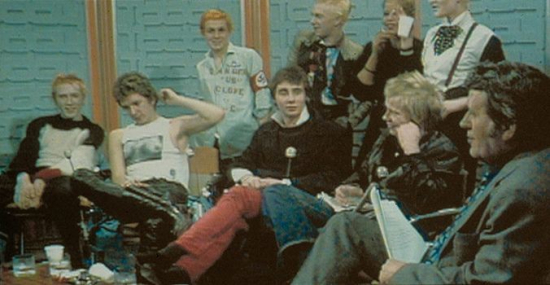 This is the movie that will inform any curious person as to which specific germs of societal and musical alienation provided such fertile soil for super cool bands like the Dead Boys, the Ramones, Elvis Costello and the Attractions, the Dead Kennedys, the Clash, and Blondie to alter the sound of pop music with an energy and attitude that has not been seen since. 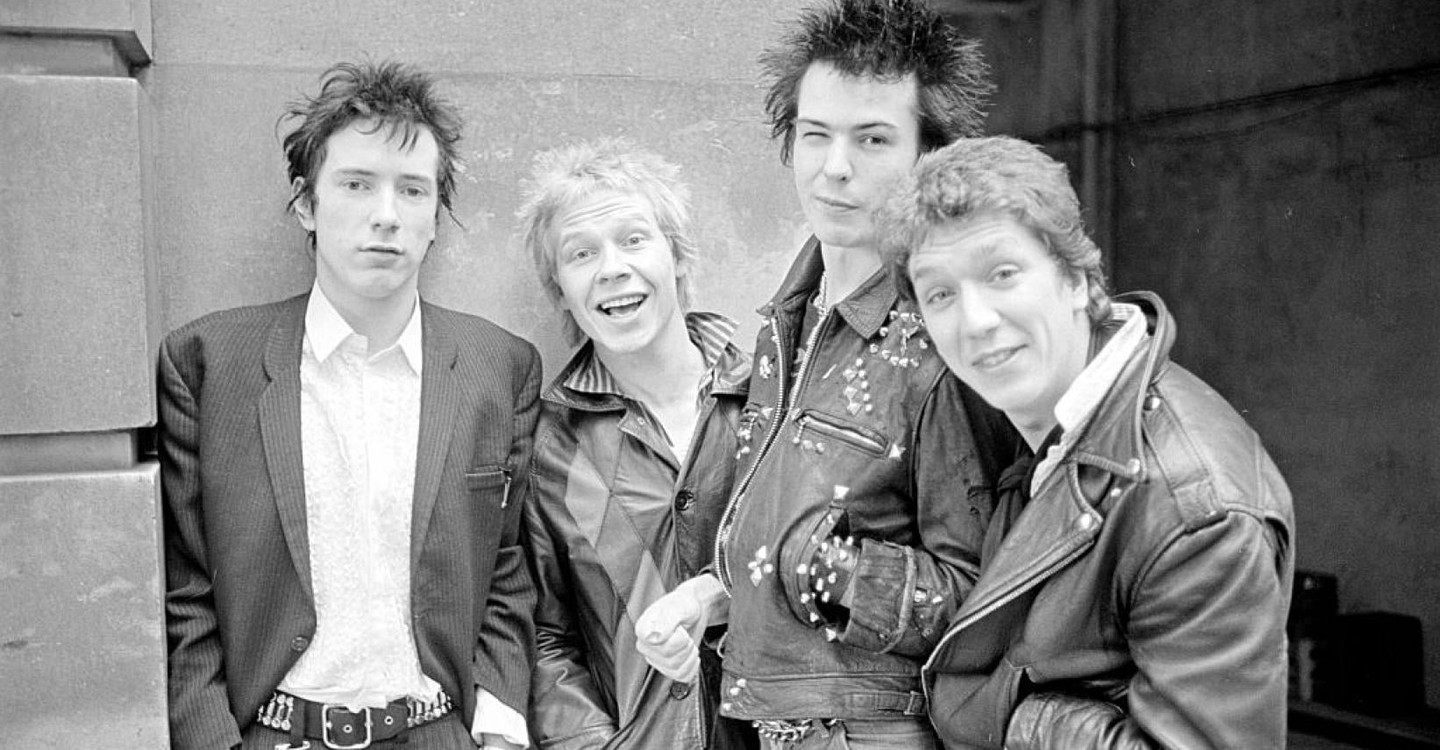 Lydon’s descriptions of various British vaudeville comedians that he aped in creating his stage persona are juxtaposed with the relentless marching of military soldiers and a British populace suffering under extreme poverty. The indelible images instantaneously support the ironic and sarcastic delivery of the Pistol's mind-crunching songs. 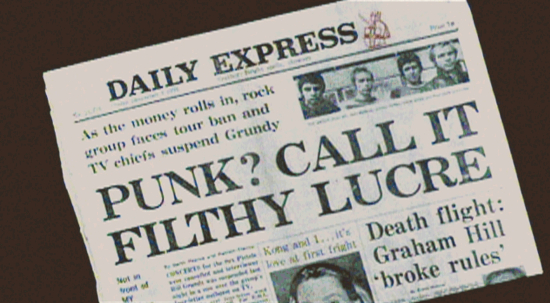 The Sex Pistols butted heads with EMI and A&M records before being taken on by Richard Branson’s Virgin record label to release the tabloid title inspired album "Never Mind the Bollocks Here’s The Sex Pistols." The band only released one album containing twelve songs that, as it turns out, stand up against every other twentieth century musical pioneer of limited output (i.e. Chuck Berry or Robert Johnson). Even the cherry-picked cover songs that the Sex Pistols chose spoke volumes about their knowing position as avatars of punk ethics. 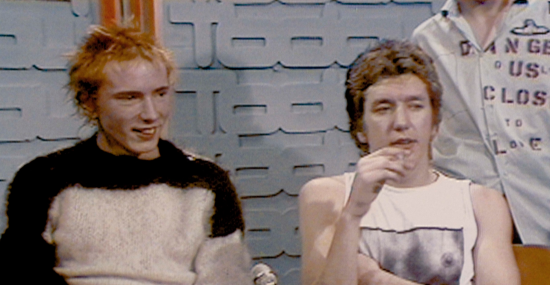 "Roadrunner," Jonathan Richman’s bleak version of American suburban male lust, is still the freshest two-chord love song to A.M. radio ever written. "Stepping Stone," by the television-manufactured band The Monkees, is an R&B-lifted paean to anti-materialism that comes across, in the hands of the Pistols, as a heartfelt destructive remedy to commonplace class superiority. 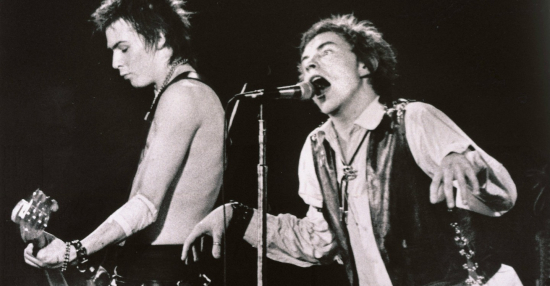 One surprisingly sobering outgrowth of "The Filth and the Fury" is the innocent picture that it paints of Sid Vicious as a harmless kid who, before joining the band, was Johnny Rotten’s best friend and the Sex Pistols’ biggest fan. Sid’s interview with Temple took place on a rare sunny day in Britain before he was addicted to heroin, and it reveals a mildly repressed kid, gleefully claiming a territory of individual space. Interviews with and about Sid’s troubled girlfriend Nancy Spungen expose her as a prostitute and junky seeking to leach onto the Sex Pistols’ fame. It's clear that she, as much as the band’s greedy manager, was pivotal in ruining a band born from ruin. 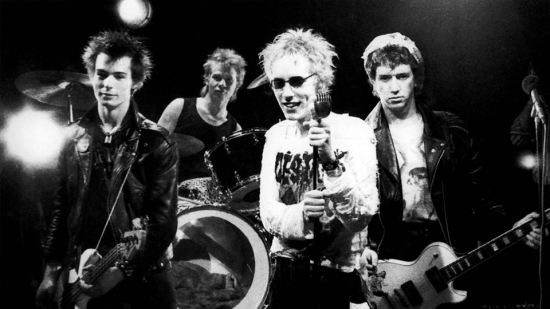 By the time the Sex Pistols played Iggy Pop’s "No Fun" for their one song set at the Winterland club in San Francisco in February of ’79, McLaren had stolen the band’s money and Nancy had turned Sid into a heroin zombie. Punk had become less than a minimum wage job; Johnny called the last song and the band called it quits. The world will never forget. 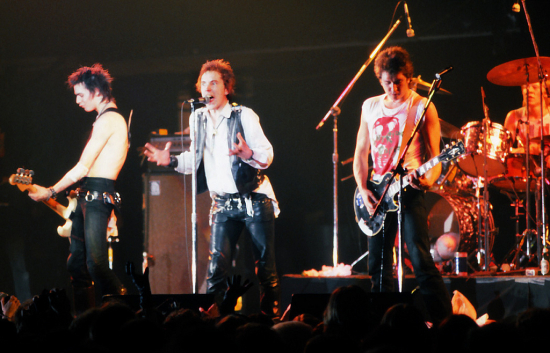