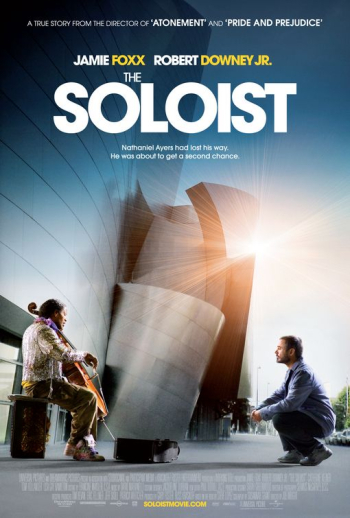 Based on the book by Los Angeles Times columnist Steve Lopez, newbie screenwriter Susannah Grant fails to create an engaging arc for her adaptation and punctuates the drama with distracting touches of inappropriate genre clichés. Note to screenwriters; spilling urine, raccoon or otherwise, on your protagonist doesn't engender character development or empathy. As Lopez struggles with getting the irascibly schizophrenic Mr. Ayers into housing where he can play his freshly gifted cello, the need for maintained psychiatric care becomes more obvious. 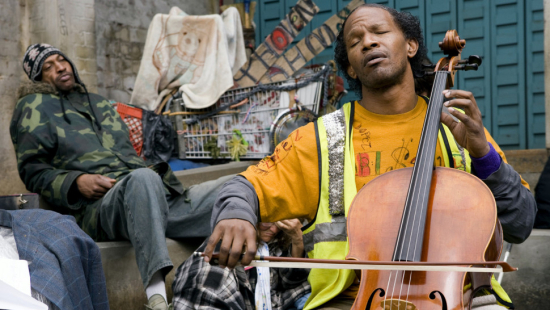 Heartfelt performances from Robert Downey Jr. and Jamie Foxx can't counteract a lack of narrative focus that prevents the film from taking hold, although they are entrancing in and of themselves.

British director Joe Wright ("Atonement") fails to make much of his big Hollywood break with an unimaginative approach to an unready script in need of serious doctoring. To his credit, Wright evokes a cosmopolitan Los Angeles where thousands of troubled homeless people unite under the slithering arteries of freeways and side streets that figure prominently into the lives of Steve Lopez and Nathaniel Ayers. 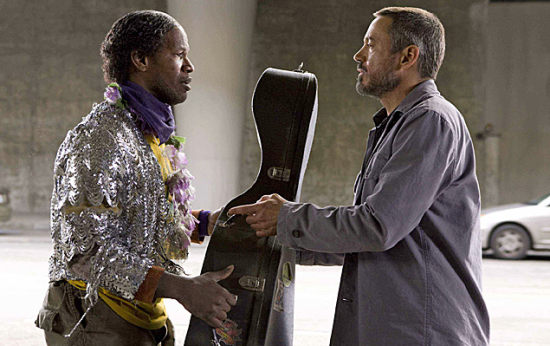 What the filmmaker doesn't capture is something that the television news show "60 Minutes" summed up in its segment about Lopez and Ayers, and that's the real-life connection that Nathaniel Ayers has made with the staff and students at the Los Angeles Symphony in spite of his obvious mental fragility. Instead, Wright keeps Ayers' relationship to music as a cerebral closet where the character's fantasies about Beethoven enable a respite from other more distressed spaces of his consciousness. 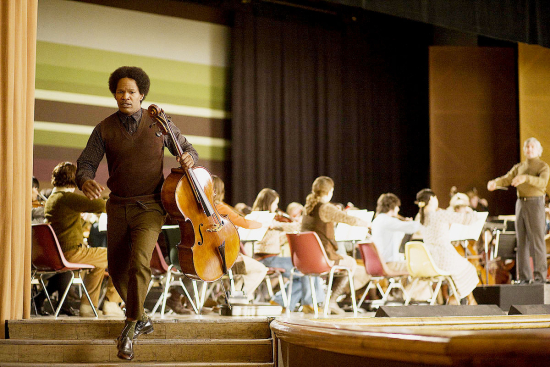 Part of the film's troubles come from an unattended need for likable characters. The mere fact that Steve Lopez suffers a nasty bicycle accident in the film's opening scene does little to convince us that he's particularly deserving of our empathy. That he soon thereafter picks up on Nathaniel Ayers as a potential story lead to exploit also keeps the audience at an editorial distance that delays the first act's obligation to immerse us in the motivations of the story.

Altruism is one of the hardest themes for any dramatist to voice because, unless it's happening under an atmosphere of an emergency, it raises questions that the author had better be prepared to provide for. 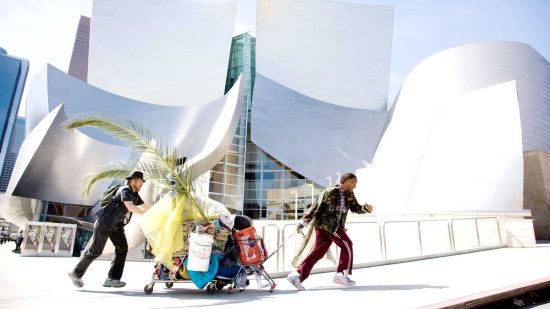 As a journalist Steve Lopez is a dedicated servant of his community, however sprawling and cruel LA's urban landscape may be. That Lopez works for his bi-polar ex-wife Mary (Catherine Keener) — she's his editor at the paper — who might just as easily go all gooey-eyed for him in a bar or publicly humiliate him with a vengeance at an awards dinner, tweaks the drama without sufficiently addressing how these people relate. Since she's a bad animal, the implication is that Mr. Lopez is drawn to impossibly disturbed people. 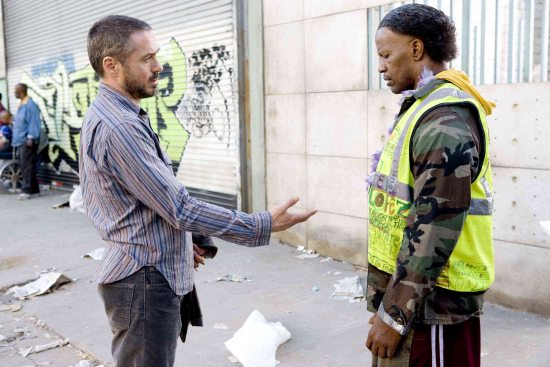 Every character except Lopez has unpredictable warning flags that pop up throughout the story and keep the audience off balance in an unproductive way. When Lopez brings a cello coach to work with Nathanial in preparation for a recital, the teacher brings some strange religious baggage that hits the movie with an odd smudge that sticks like pigeon droppings on the narrative. It's these kind of haphazard subplot gestures that make the movie feel like a poorly picked scab. The wound might be intriguing to look at for a while, but by the end you feel a little sick.