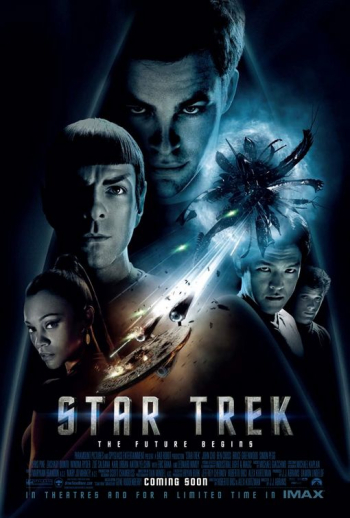 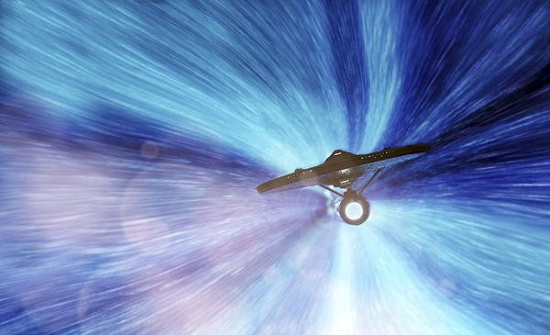 Fast friendships, rivalries, and romantic overtures connect Kirk to Dr. "Bones" McCoy, Spock (Zachary Quinto), and Uhura (Zoe Saldana) before the crew is thrust into the thick of their first mission aboard the latest version of the Enterprise. Dark Romulan leader Captain Nero (well played by an unrecognizable Eric Bana) sets a trap for the Enterprise to enable the destruction of the planet Vulcan and Earth. Abrams savors establishing the relationships and quirks of Roddenberry's Star Trek characters that arguably outshine every other sci-fi on-screen legacy. The ensemble succeeds in capturing the essence of his or her iconic character, and an extended cameo by Leonard Nimoy adds considerable flavor to the exhilarating spectacle on hand.

Screenwriters Roberto Orci and Alex Kurtzman wisely choose to focus their story on the circumstances and personal characteristics of Spock and Kirk that bind them as friends and natural-born leaders. Spock's heritage as a half-human Vulcan, whose emotions can interrupt his otherwise coldly logical approach to situations, exhibits a jealous competitiveness Kirk taunts with his purposeful physicality and strategic gamesmanship. When he defeats a training program that Spock has developed, Kirk is brought before his Starfleet peers and publicly put on probation by Admiral Barnett (Tyler Perry) for "cheating." Spock's visible sneers glance off Kirk whose fast-friendship with the flight-fearing Medical Officer McCoy (Karl Urban) insures that Kirk will gain entry to the pending mission regardless of his persona non grata status.

In space, the refreshed gang of  TV series regulars take their positions at the Enterprise helm with a contagious excitement that seeps through Michael Kaplan's spot-on costume designs that play as simultaneously retro and modern. As Sulu, John Cho mans the ships flight controls, while Anton Yelchin brings a thick Eastern European accent to bear as the mentally adept Chekov. Along with Zoe Saldana's romantically driven Uhura, the performances evince deftly made choices that put the audience comfortably in the exact atmosphere that George Takei, Walter Koenig, and Nichelle Nichols exquisitely established in Star Trek's initial series. 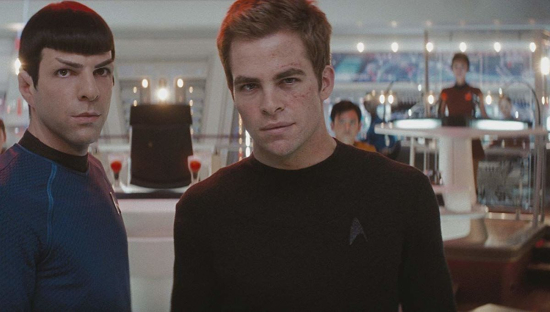 The film's main trump card is the way it balances lush astrophysical designs against the mammoth constructs of the Romulan vessel, and yet manages action set-pieces rooted in the kind of contained surroundings that gave the TV series its fuzzy underbelly. An exciting sequence involving a gigantic Romulan drill looming down on the Vulcan planet engages Kirk in some good old-fashioned hand-to-hand combat, while Sulu exerts martial arts influenced sword play. It's a deliberate kind of action set piece that suggests a dose of humor for its restrained technology. 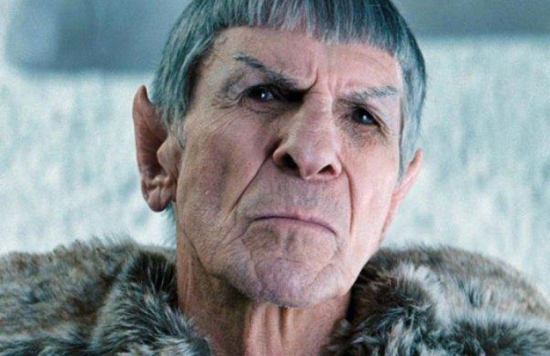 There's nothing forced or heavy-handed going on. "Star Trek" is about a multi-ethnic culture working together to connect with the unknown. With its built-in mission statement, it represents a culture of civility and understanding that is universal. Perhaps that's why the filmmakers have strived so hard to maintain the essence of a television series that has spawned more spin-off than any in the history of TV. This, however, is a movie that must be relished on the big screen to fully appreciate how big Star Trek has gotten. Indeed, Star Trek has lived long and prospered. 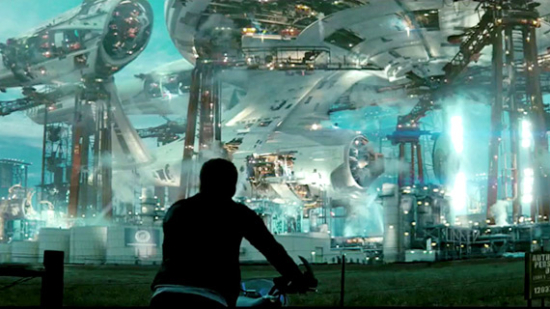