DANCER IN THE DARK 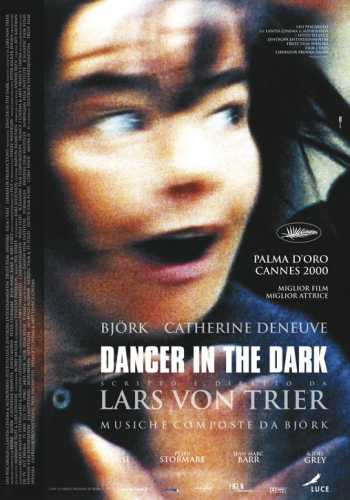 Danish writer/director Lars von Trier completes his Gold Heart trilogy (behind Breaking the Waves and The Idiots) with a tragic melodrama thinly disguised as a musical. Forget that "Dancer in the Dark" garnered the coveted Palme d’Or at this year’s Cannes Film Festival for Best Film, and provided Icelandic rock singer/cum actress Bjork the prize for Best Actress. It’s a movie that audiences find at turns to be simultaneously boring and exasperating, while at the same time, paradoxically original and emotionally wrenching.

By setting the story in a 1962 Washington state that never existed, von Trier casts a multi-national shadow of social satire over a thought provoking film that pushes cinema off the edge again and again.

The story traces the decline of Selma (Bjork) a Czech immigrant factory worker and single mother who is going blind from a genetic disease. Selma works around the clock at a wash basin factory, and puts bobby pins on cards as a side job, in order to save enough money to pay for her 10-year-old son’s operation to prevent him from going blind. Selma’s hopes and dreams come crashing down when her police sheriff neighbor/landlord Bill (David Morse) tries to steal her money, and forces her to execute him. What follows is a treatise on everything from introverted behavior and alienation to capitalist greed and our flawed judicial system. 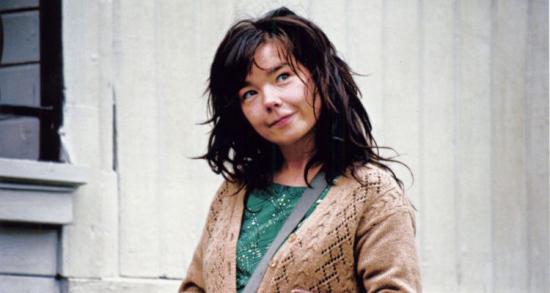 That von Trier accomplishes all this with shaky hand-held video cameras in a context that deconstructs the musical genre, while at the same time reversing conventions of the empathetic protagonist, is gravy on the soup. Selma’s song and dance reveries come later in the story than you’d expect. And when the musical set-pieces finally do arrive, they only signal disaster in scenes that immediately follow. Far from the custom of American musicals in which characters break into song when their romantic emotions overflow, Selma escapes into music and song as her only defense against the harsh reality that closes in around her. This musical dependency soon infects the audience, as von Trier balances the dissonance between silence and music. The harmony that Selma hears in the clamor of machines around her at the factory, or in a passing train on the bridge where she walks, is not only a calming distraction, but a necessary tool of survival. Selma is a kind of idiot savant, not far removed from the fiercely committed Bess character in von Trier’s tremendously effective film Breaking the Waves. Selma is committed to avenging the guilt she feels over bringing her son Gene (Vladica Kostic) into the world with the knowledge that he would go blind. She has only one clear objective — to pay for the operation that will save his eyesight. Selma isn’t equipped to engage in a romantic relationship with her ardent suitor Jeff (Peter Stormare); a relationship that could help her cope with raising her son and with her pending blindness. She doesn’t reach out to her best friend Kathy (Catherine Deneuve) for anything more than companionship the two women share at work or while watching musicals in the local cinema. 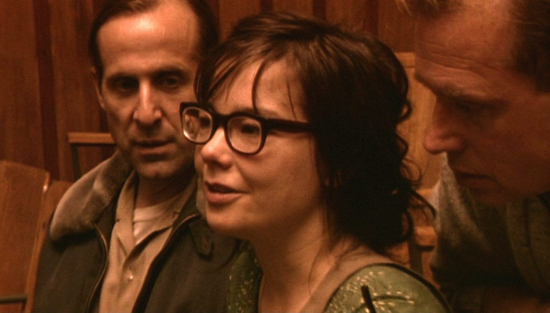 Selma represents a kind of holy martyr who can only find peace by performing a set of actions that will fuel an irrevocable dramatic catharsis for herself. She seeks to define herself by sacrifice. Her conscious mistakes and subsequent punishments send a sullen shock of emotion into an audience by von Trier’s unflinching view of artifice as a spontaneous existential experience. 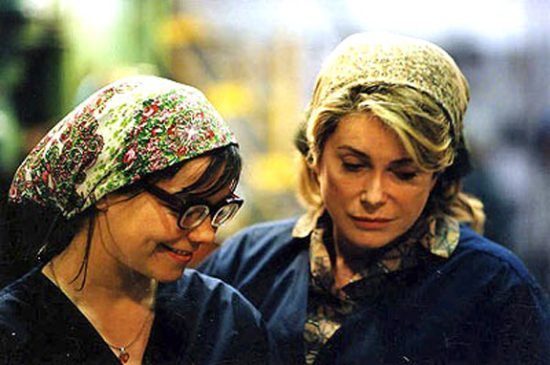 Bjork’s fiery and inquisitively genuine performance places a regal pattern on the fabric of von Trier’s aggressively avant-garde film. When she sings "I’ve Seen It All" at a moment when her eyesight is nearly gone, it gives a punk sensibility to the ferocity of her soaring voice. Everything about Bjork and Dancer in the Dark is enigmatic in an uncomfortable dissecting way that shows beauty in the crudest way, and crudeness in the complexity of advanced social mores. Von Trier’s movie is a larceny of style, emotion, and ideals, away from dramatic code and cinematic license. It’s also an art film that will stick with you for the rest of your life.