« A NIGHTMARE ON ELM STREET | Main | SHREK FOREVER AFTER » 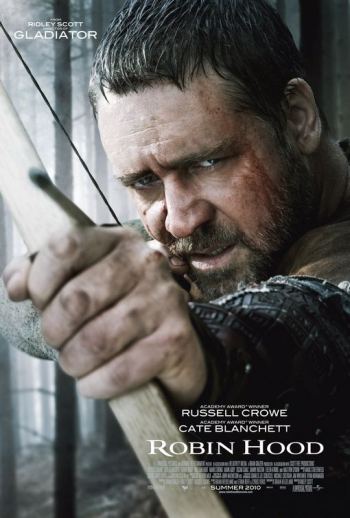 For as muddled as its medieval politics are, thanks to Brian Helgeland's scattershot screenplay, director Ridley Scott's cloud-covered history of Robin Longstride's path to outlaw legend soars whenever Cate Blanchett takes the screen as Maid Marion. The same filmmaker responsible for "Alien," "Black Hawk Down," and "Gladiator" works in a brown and gray palate of natural light to conjure up 13th century England. 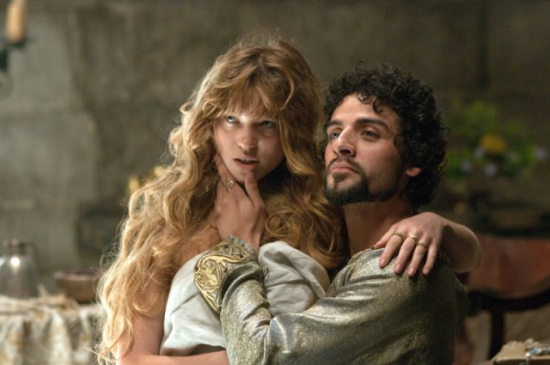 The ever humorless Russell Crowe is a paunchy archer in King Richard the Lion Heart's army when the ruler (Danny Huston) is killed during a generic battle involving gallons of hot oil, arrows, and muddy swords. Entrusted to deliver a dying soldier's sword to his father Sir Walter Loxley (Max von Sydow) in Nottingham, Robin (Crowe) and his mercenary companions take the opportunity to return King Richard's crown to England's callow new leader King John (Oscar Isaac). Upon receiving his son Robert's sword that bears the inscription "rise and rise again until lambs become lions," the blind Sir Walter insists that Robin impersonate Robert — something Robin has already been doing to avoid military punishment — and also pretend to be husband to Lady Marion so that Loxely's land will not be taken away when he dies. It's from this overlong set up that the prequel takes its shape. 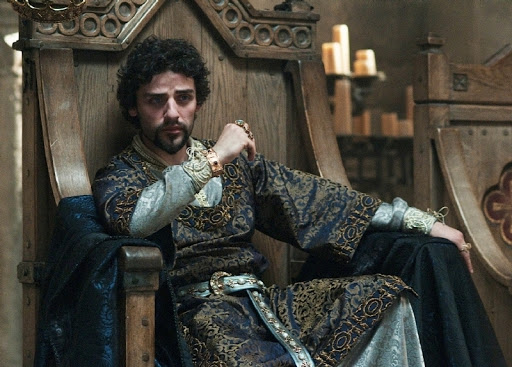 In an overworked effort at making Robin Hood a somber man with heavy emotional baggage about his father, and an idealized sense of justice, the filmmakers have drained all the fun out of a story that should at least have some amount of proletariat joy. While it's true that this Robin Hood is unlike any you've seen before, it's also one that you may not want to see again. 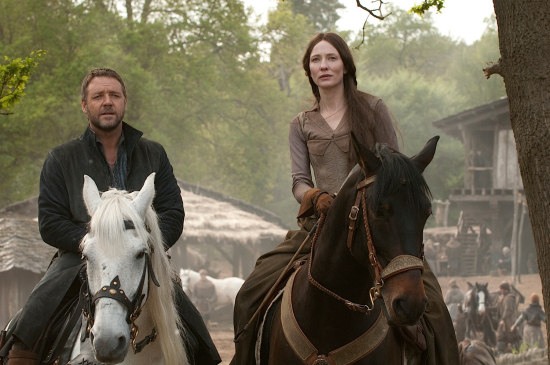 The severe lack of color in art director David Allday designs, and in Janty Yates's dull costumes, contributes to the film's drab visual droning effect. Without sufficiently supported subplots or developed secondary characters to cue the action, the lack of color takes a toll on the audience's ability to discern the stripe of ambiguous characters in the run up to the film's battle climax. Musically, the film fares considerably better with Marc Streitenfeld's vibrant original score lending surefooted counterpoint to the film's poignant underbelly of social oppression.

However much some audiences might want "Robin Hood" to be "Gladiator-in- Sherwood-Forest," Ridley Scott has kept his head about him in delivering expedient battle scenes that resonate with the quickness of the arrows being launched. There is none of the grainy action-for-action's-sake digital excess that weighed so heavy in Scott's "Black Hawk Down." And yet we never get to enjoy the "stealing from the rich to give to the poor" aspect of the Robin Hood legend that audiences might rightfully expect. 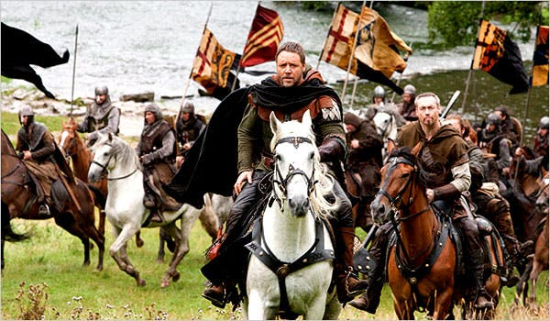 Mark Addy's Firar Tuck barely takes a nip at the bottle and isn't anywhere near as jolly as his reputation precedes. Robin's other three would-be Merry Men (Scott Grimes, Kevin Durand, and Alan Doyle) are all but lost in the shuffle as Robin takes on his father's mantle of social activist. By the time Robin Hood becomes a military leader in a fierce beach battle against the French army, we get the feeling that things can only go downhill for the outlaw's future prospects. 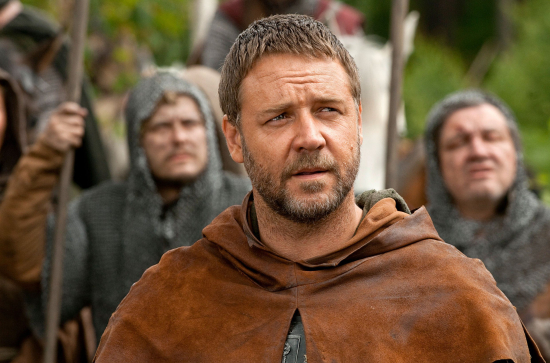 There are three or four great scenes, and all involve Cate Blanchett and Max von Sydow. Seen through this relief, "Robin Hood" should more rightly have taken on the film's intended title of "Nottenham" and been more about the father and daughter who bestow upon Robin his humanity. But even that would leave out the film's most glaring missing component, humor.