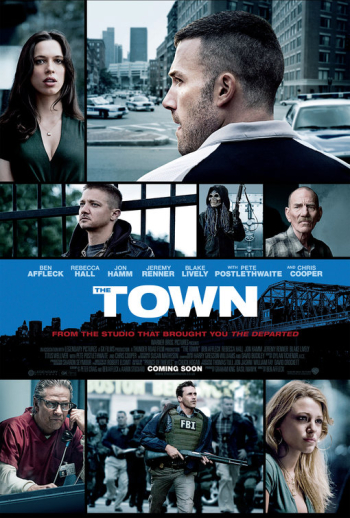 Ben Affleck has so thoroughly reinvented himself as an actor that it's tempting to take for granted his commendable skills as a director even after his notable debut with "Gone Baby Gone" (2007). Affleck straightforwardly plays Boston criminal-with-a-heart-of-gold Doug MacRay, in a film he co-wrote with Peter Craig and Aaron Stockard. Although the story--based on Chuck Hogan's 2004 novel "Prince of Thieves"--dips into fantasyland on more than one occasion, the direction is precise as clockwork and tempered with plenty of stylistic flourishes. 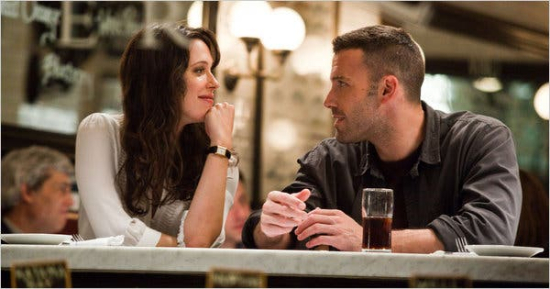 Set in the distinctive Boston neighborhood of Charlestown, a largely Irish-American breeding ground for more bank and armored-car robbers than anywhere else in the country, four well-acquainted thieves commit a bank heist that necessitates taking into hostage the bank's manager Claire Keesey. Up-and-comer Rebecca Hall ("Vicki Christina Barcelona") is alluring as Claire, the unfortunate bank administrator left traumatized after her release by the masked bandits. The drama ratchets up once FBI Special Agent Frawley (well played by John Hamm) launches a soup-to-nuts investigation that puts the cozy burb of Charlestown under a microscope. 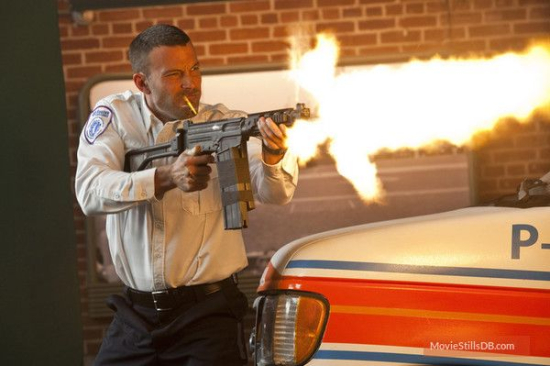 "The Town" operates on the believability of its working class criminal characters and their long history together. These are career criminals who come from generations of thieves. They operate like a kind of mini Mafia overseen by Fergie, a menacing neighborhood florist played by Pete Postlewaite. 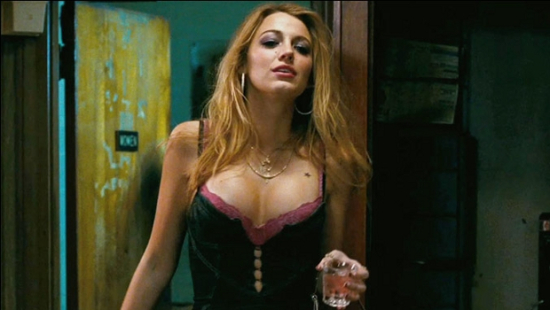 Affleck's casting of Jeremy Renner as Jem Coughlin, a tightlipped childhood buddy just out from serving nine-years in the big house, proves a masterstroke. There's just enough of an oil-and-water dissimilarity between Renner's and Affleck's physicality and temperaments to give their scenes together a scratchiness of harmonized clashing. Doug wants to do one last big job and leave Charlestown forever, while the bullying Jem has a determinedly more aggressive idea about pursuing a life of crime with Doug as his partner. Jem is keen to leverage over Doug the fact that his family took Doug in after his mother "abandoned" him and his dad (Chris Cooper) got thrown in the poky for robbery. Doug's romantic past with Jem's drug-dealing sister Krista (Blake Lively) adds one more pesky catch in Doug's side that will come back to haunt him as Agent Frawley closes in on his pray. 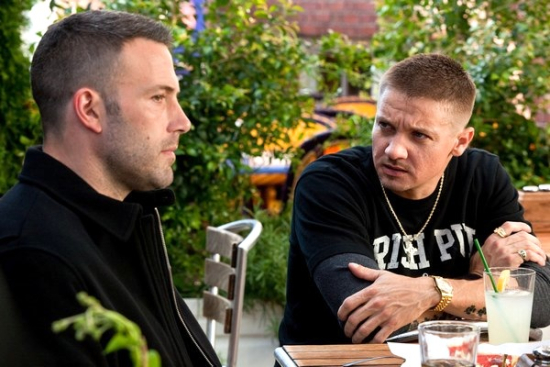 Doug needs a romantic liaison to help him focus on his secretly-held plan to escape the life of crime he was born into. After discovering that Claire is a Charlestown resident who lives four blocks away, Doug goes on a recon mission to scope out exactly who she is and how much she knows about the gang.

In one of the film's best scenes, Doug meets an emotionally fragile Claire in a Laundromat. She needs quarters; he isn't helpful, and yet there's an authentic romantic gravity that occurs beneath Doug's strategic maneuvering. During their accidental date, Doug masterfully advises Claire on dealing with the FBI, who he discovers has its eye on Claire. It's in these nuanced scenes that Affleck and Hall pin the movie down with a dramatic hook you could hang your hat on. Between the lines, Doug is actually the "vulnerable" one even if he puts on a very convincing face that seems to suggest otherwise. 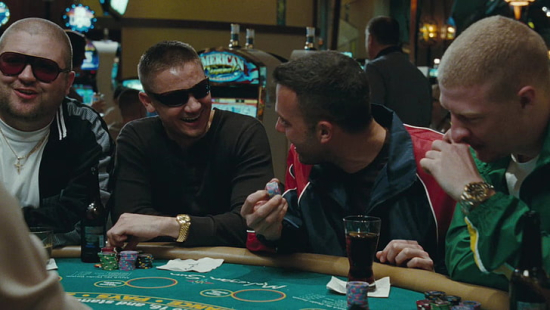 For all of the film's exciting chase sequences, the action goes too far into the predictable realm of shoot-'em-up silliness. A third-act heist finale at Fenway Park dips into stunt filmmaking territory before veering wildly into an all too graphic death for one character in particular. Thousands of rounds of obligatory gunshots discriminate against who they punish. Even the FBI's effectiveness is brought into question before the final credits roll. Some of the fault could be put on Chuck Hogan's source material, but it's clear that for all his obvious gifts as a director, Ben Affleck still needs to learn where to pull his punches. He certainly seems to be a quick learner.