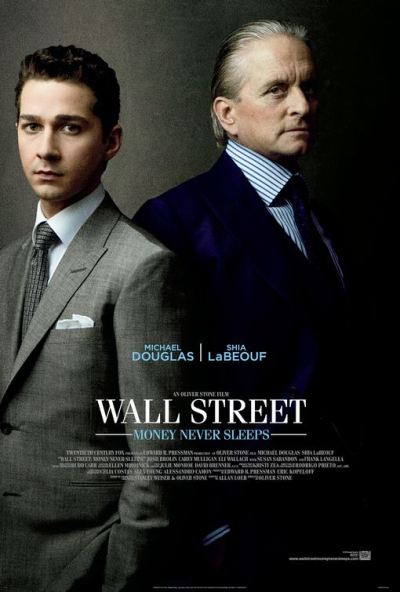 Oliver Stone wages a valiant attempt to stay true to his original "Wall Street's" streamlined storytelling about the warped mentality at the center of the capitalist world. In keeping with the energized rhythms of his 1987 film, when greed was "good" (now it's "legal"), Stone masterfully deploys stylistic, narrative, and character detailing that plunge the audience into our modern climate of economic collapse with a sense of wonder and anger. 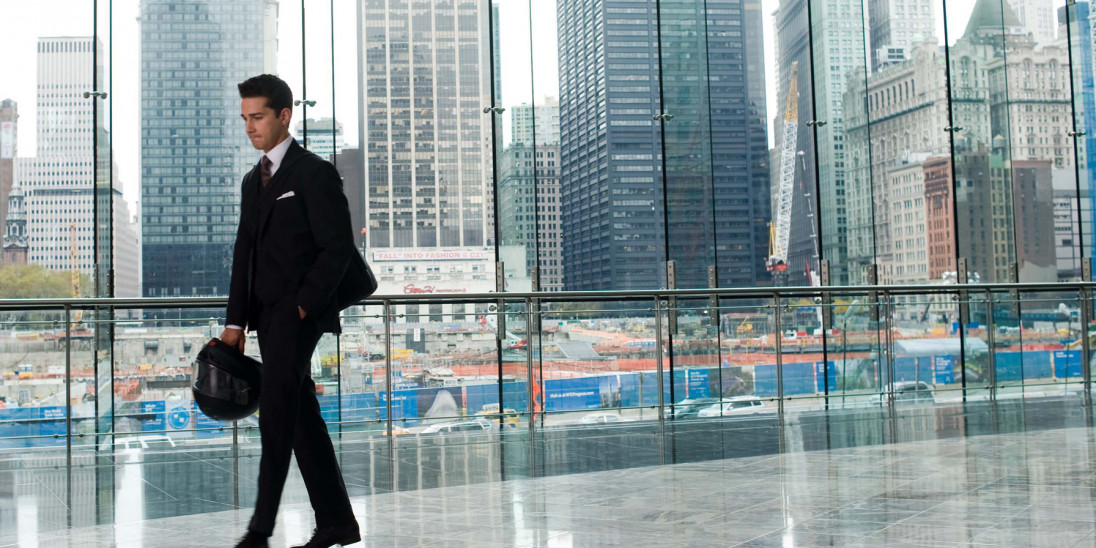 Continued use of music by Brian Eno and David Byrne transfers an aural continuity of intelligent and romantic pop between the two movies. Michael Douglas, Shia LaBeouf, Carey Mulligan, Frank Langella, and Susan Sarandon fulfill their dream-team roles impeccably. There are moments where the story slips, as with a gratuitous motorcycle race that ends with an abrupt shift in character logic, but overall "Wall Street: Money Never Sleeps" hits its laundry list of emotional and economic touchstones in entertaining ways. 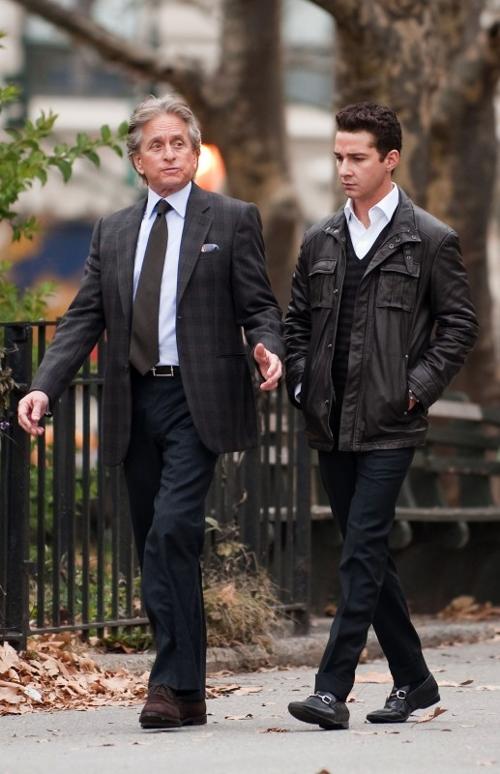 For all the baggage that some audiences might imagine Oliver Stone brings with him about the "moral hazards" of a government that allowed 800 billion dollars of taxpayer money to be stolen by irresponsible banking institutions that had already bilked the country dry, it's refreshing to realize how good the director is at taking them on a super fun ride. There's a surplus of heartfelt cinematic love on display. After hotshot proprietary trader Jake Moore (LaBeouf) gets a million-and-a-half-dollar bonus from his Wall Street mentor/boss Louis Zabel (Langella), Jake kisses his elderly chief on the head and thanks him in a hushed tone. The gestures send a clear message about who each of the men are, and pull back a foreshadowing slingshot of narrative clouds about to roll in.

Jake lives in a sleek Manhattan penthouse loft with his fiancée-to-be, Winnie Gekko (Carey Mulligan). Needless to say, Winnie is Gordon Gekko's alienated daughter, whose lefty politics reflect her disdain for her wrongheaded dad. Naturally, there's irony in her choice of a romantic companion who swims with the same sharks as her dad. 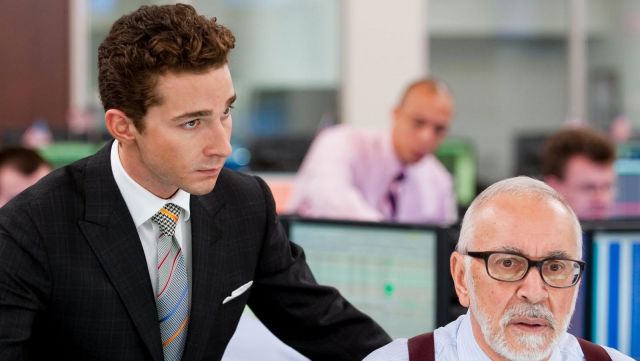 The movie opens with the irrepressible Gordon (Douglas) being released from prison in 2001 after serving eight-years for insider trading. The sequence rings with a fluency of relaxed humor and a longing for an outdated anti-hero who looks like a rank amateur compared with the weapons-of-financial-mass-destruction-creators that brought the US economy to its knees in 2008. We can't help but be charmed by Douglas's white-haired Gordon Gekko. He's probably the only man on the planet who could make a mullet look dignified. Michael Douglas has aged agreeably into the iconic baddie role he created. So it's all the more tantalizing to see how Stone and his keen screenwriters (Allan Loeb and Stephen Schiff) design an especially tricky trap-door subplot for Gordon Gekko to sneak through after Jake gains his trust about exacting revenge against the new face of Wall Street villainy, Bretton James (Josh Brolin). In exchange, Gordon persuades Jake to reunite him with his daughter.

Ever the gamer, Gordon is primarily concerned with furthering his career via his new book. As with the first film, Douglas's charismatic character gets to publicly state his case in a memorable theme-line monologue, this time to an auditorium of college kids. “You’re the Ninja generation. No income, no jobs, no assets. You have a lot to look forward to.” At the film's heart is the relationship between Winnie — a leftist website author — and Jake, a Wall Street maverick with improbably good intentions. Jake wants to help finance, through any lawful means possible, an energy-producing "fusion" process that uses ocean water to create truly green energy. It's Jake's passion that drives the story, even if it also causes him to make every dumb mistake in the book along the way. Shia LaBeouf brings an earnestness and laser-focus to a role that, while it might not be characteristic of any actual Wall Street trader, gives the audience an utterly empathetic place to invest their emotions. 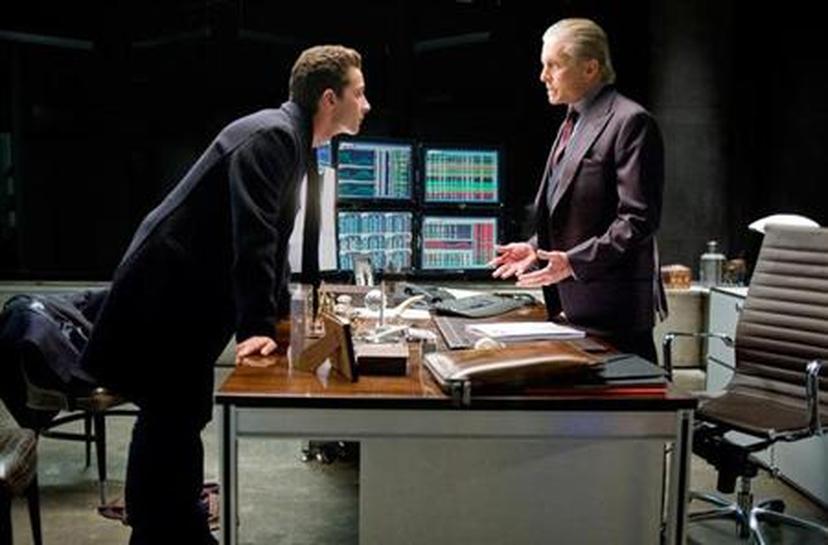 "Wall Street: Money Never Sleeps" doesn't shout in all caps that Wall Street, America, and the world, are still in the same economic bubble we were in when the 2008 collapse hit, but it does make clear that we are in line for it to happen again. And when it does, there will be no recovery for a very long time.