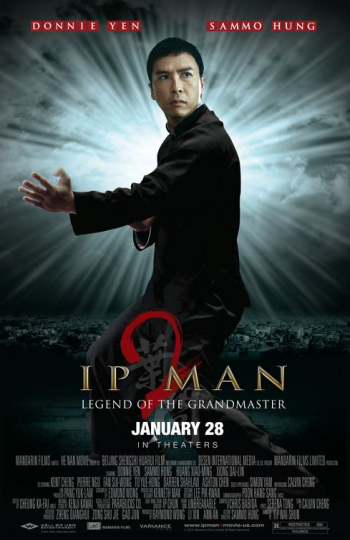 The second half of Wilson Yip's enthralling Ip Man biopic ratchets up its martial arts fight sequences with phenomenal duels that put you on the edge of your seat. The political exigencies of the wartime Japanese occupation that came to dominate Ip Man's family life in his hometown of Foshan, China shift to Hong Kong, then a British colony. In order to teach his Wing Chun style of martial arts, Ip Man must first establish himself against Hong Kong's local kung fu masters.

Fighting atop an unanchored table amid a sea of upturned stools, Ip Man practices his craft with a calm fierceness that belies the blinding speed of his hands and feet. Donnie Yen is positively sublime in the role. Renowned martial arts choreographer Sammo Hung admirably fulfills the role of Master Hung, a kung fu master every bit as gifted as Ip Man.

"Ip Man 2" comes to revel in a heavily pronounced Chinese nationalist theme when a Western-style boxer who goes by Taylor "the Twister" Milos (Darren Shahlavi) publicly insults Chinese boxing. It's been a very long time since a filmmaker has upped the stakes on what audiences can and should expect from a martial arts film. You will not be disappointed. 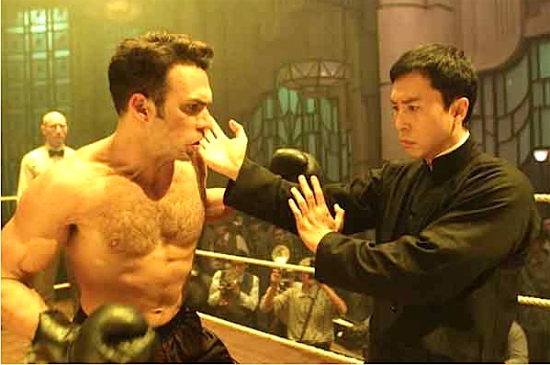 There is a marked shift from the first film's tone of political oppression toward a more dynamic celebration of Ip Man's mastery of Wing Chun kung fu. The fusillade of blinding punches Donnie Yen executes sounds like a drum roll when Ip Man slips into overdrive during flashy moments of hand-to-hand combat. Doubtless, Wing Chun schools around the globe are enjoying an upsurge in enrollment as an indication of the two films. 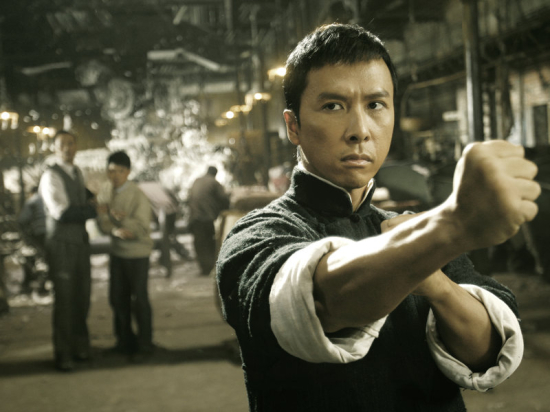 With little money and a pregnant wife (Lynn Hung), Ip Man rents a rooftop where he plans to teach martial arts. Naturally, every would-be student is a street punk whom the unassuming master must defeat before they will put any stock in him as their sifu (master). Ip Man's first student, Leung (Pierre Ngo), invites a band of friends who take their lessons seriously, perhaps too seriously. 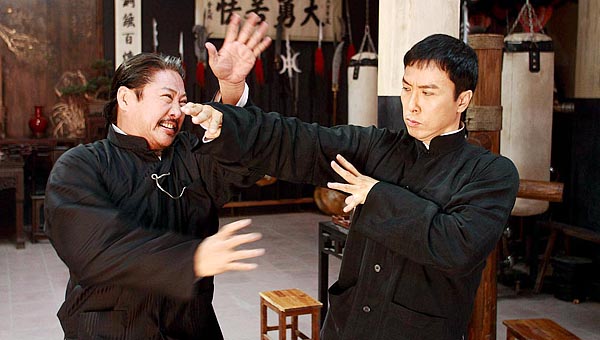 An impromptu fight with local thugs lands Leung in Dutch as a hostage that Ip Man must rescue from a watery fish market holding-bin guarded by a butcher-knife wielding gang. The tense situation allows for a crowded kung fu action sequence where Ip Man and his keen student prove their effectiveness against a large group of attackers. Extracting a pair of knives, Ip Man reverses the blades so as to not cut his enemy. Instead, he uses the deadly weapons to batter his rivals into submission. This evidence of the master's restraint is indicative of the modesty Ip Man exerts when he later thanks the two local martial arts masters he defeats for "letting him win." His respectful behavior also flies in the face of Master Hung, who acts as an extortionist for Wallace (Charles Mayer), the racist expatriate police chief who attempts to control the outspoken local press when he isn't lining his pockets with currency he can't stand the smell of. As a biopic, Wilson Yip's treatment of Ip Man's cult of personality is tilted toward a Chinese self-identity that honors humility. Ip Man's documented troubles with opium addiction are never addressed. His recovery from a gunshot wound he suffered at the end of the first film is given only cursory attention in an opening credit sequence flashback. It's certain that the screenwriters took innumerable narrative liberties in transposing Ip Man's life to the big screen. 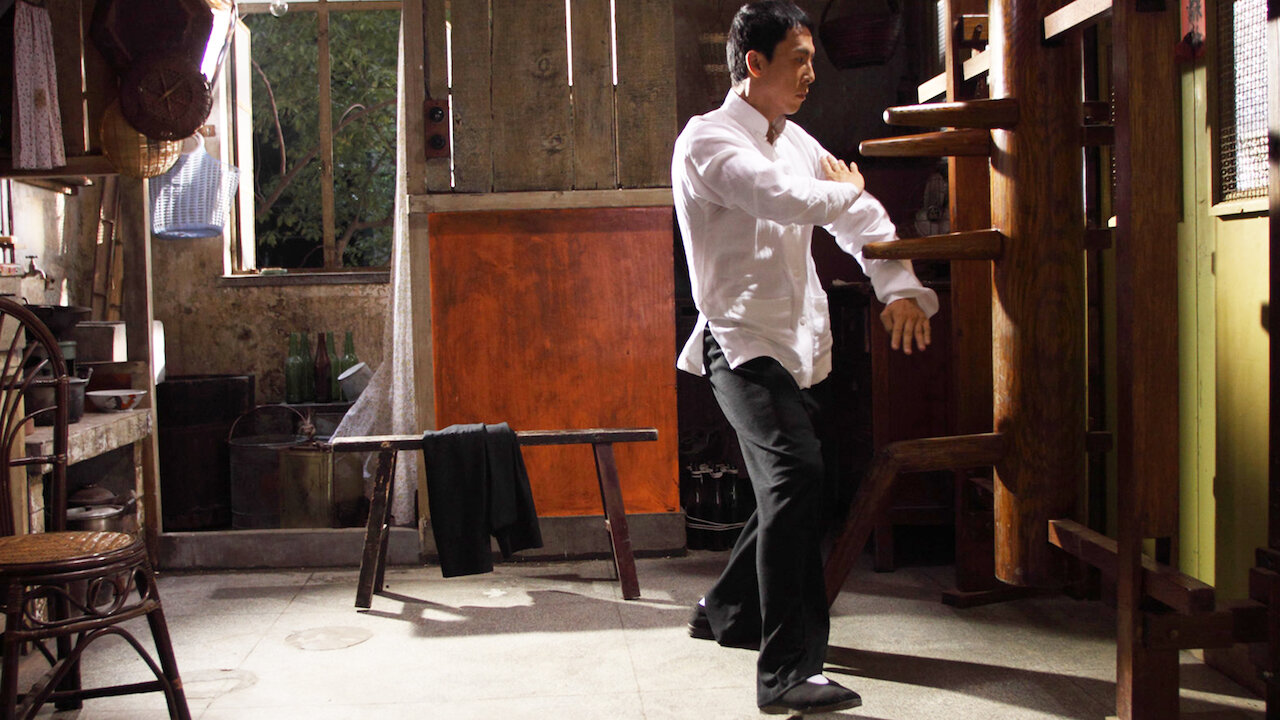 The Ip Man films stand up better as martial arts spectacle movies than they do as biographical records. Whether or not Ip Man was ever made to test his skills against Hong Kong kung fu masters seems uncertain. It's even less persuasive that he was ever called upon to publicly represent the identity of Eastern martial arts against Western boxing in such a crass environment as a boxing ring against such a cartoonish circus-styled opponent as "the Twister."

Regardless of their revisionist history brush strokes, the Ip Man films have merit as thoroughly entertaining martial arts movies. They represent an attention to discipline and humanitarian ethics that should never be forgotten. 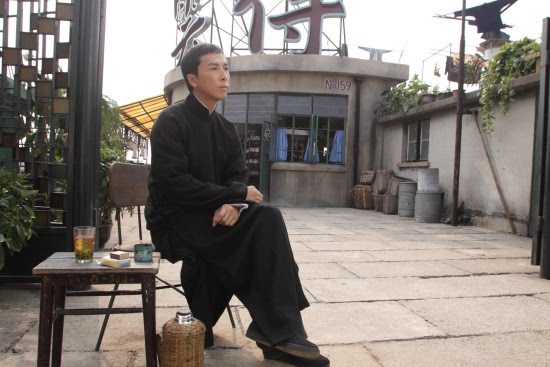 Posted by Cole Smithey at 12:04:25 AM in Cinema of China, Martial Arts