« THE INTERPRETER | Main | THE MECHANIC » 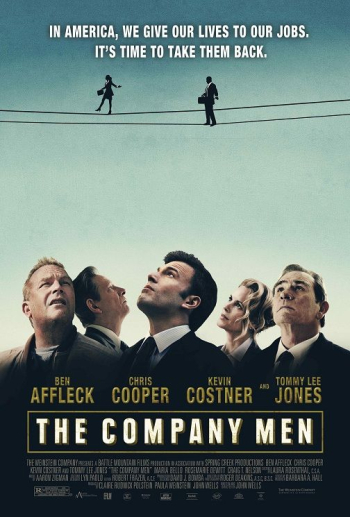 Two years after America's economic crisis began dispatching millions to the unemployment lines, Hollywood pretends to examine the fallout. In writer/director John Wells's film, next-to-the-top Boston corporate feeders like Bobby Walker (Ben Affleck), Gene McClary (Tommy Lee Jones), and Phil Woodward (Chris Cooper) get thrown into the cold by the manufacturing conglomerate they work for. In a departure from reality, the company is downsizing its 60,000 employees from the top down. 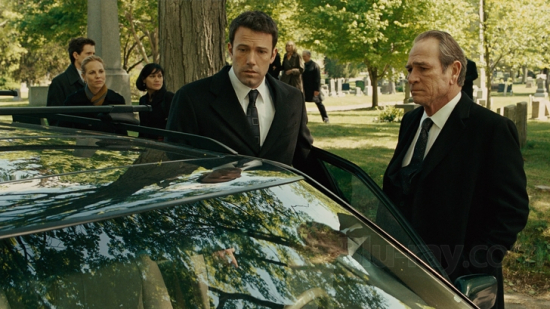 After losing his $125,000-a-year job, upper class family man Bobby (Affleck) spends cloudy days driving his shiny Porsche to a job placement facility where he and other corporate causalities send out resumes and make phone calls to the deaf ears of "prospective" employers. Embarrassed Bobby keeps his job loss a secret from everyone except his wife (Rosemarie DeWitt). Tommy Lee Jones chews the film's choicest role as luxury-loving Gene, a company co-founder squeezed out by his greedy boss (Craig T. Nelson). 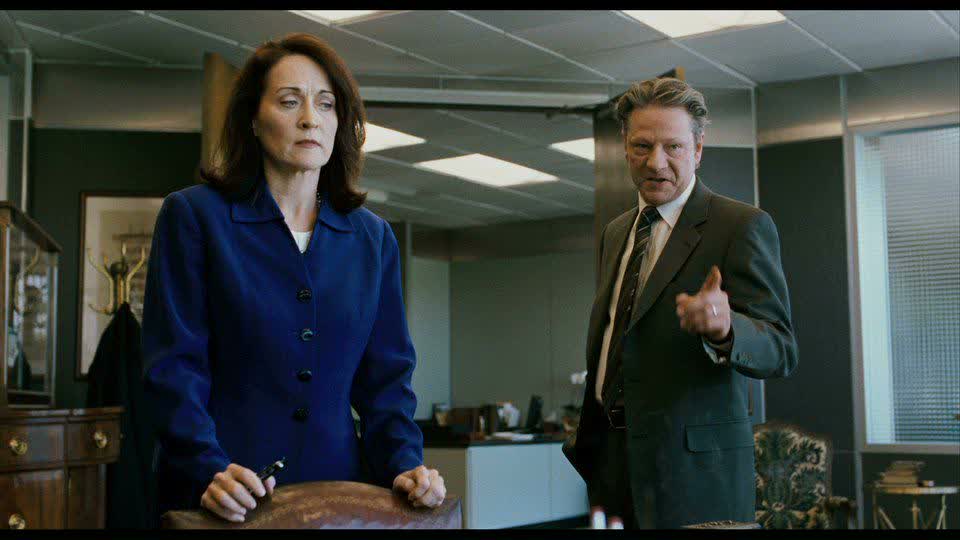 Though oddly ignored by the screenwriters, Chris Cooper's Phil Woodward is the most interesting character. Tough talking Phil tells his friend, "I won't let the bastards just kick me out after 30 years. I'll take an AK-47 to this fucking place first." He represents the desperation felt across the country by the one out of five workers who have lost their jobs. Phil says, "My life ended but nobody noticed." Although he's obviously meant to carry the film's theme, Phil Woodward vanishes in a rushed plot point that abstractly supports his agonizing observation. This movie isn't about him. Such losers get eaten by the sharks of their own psyches. "Company Men" is far behind the times. While every out-of-work mom, dad, sister, and brother are told to put up a blog and figure out how to monetize it, the white collar dudes in "Company Men" are remarkable for the lack of loyalty or integrity they exhibit in their professional/personal relations. Gene helped build the company from scratch, so he's caught off guard when his business partner fires him with the help of the human resources exec he's been banging on the side. Sex carries no coin here. Played differently, the film could be cause for rejoicing. We could imagine every Wall Street shill and fat-cat banker being tossed out of their jobs, and their riches being divided among the poor masses they've conned and ripped off for years. Now that's a movie I want to see. 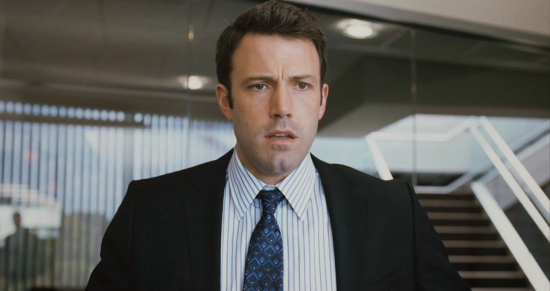 Bobby's meek crisis decision finally comes when he goes to work for his less than politically-correct contractor brother-in-law Jack (Kevin Costner). Bobby isn't much in the handyman department. That matters little. We know he won't be carrying lumber and hammering nails for the long haul. This isn't that kind of movie. "The Company Men" is a somber, glossy, and sound-bite-heavy drama made watchable by its sturdy ensemble performances. The story is a letdown, but the actors — including an especially sassy Maria Bello — are enjoyable to watch. 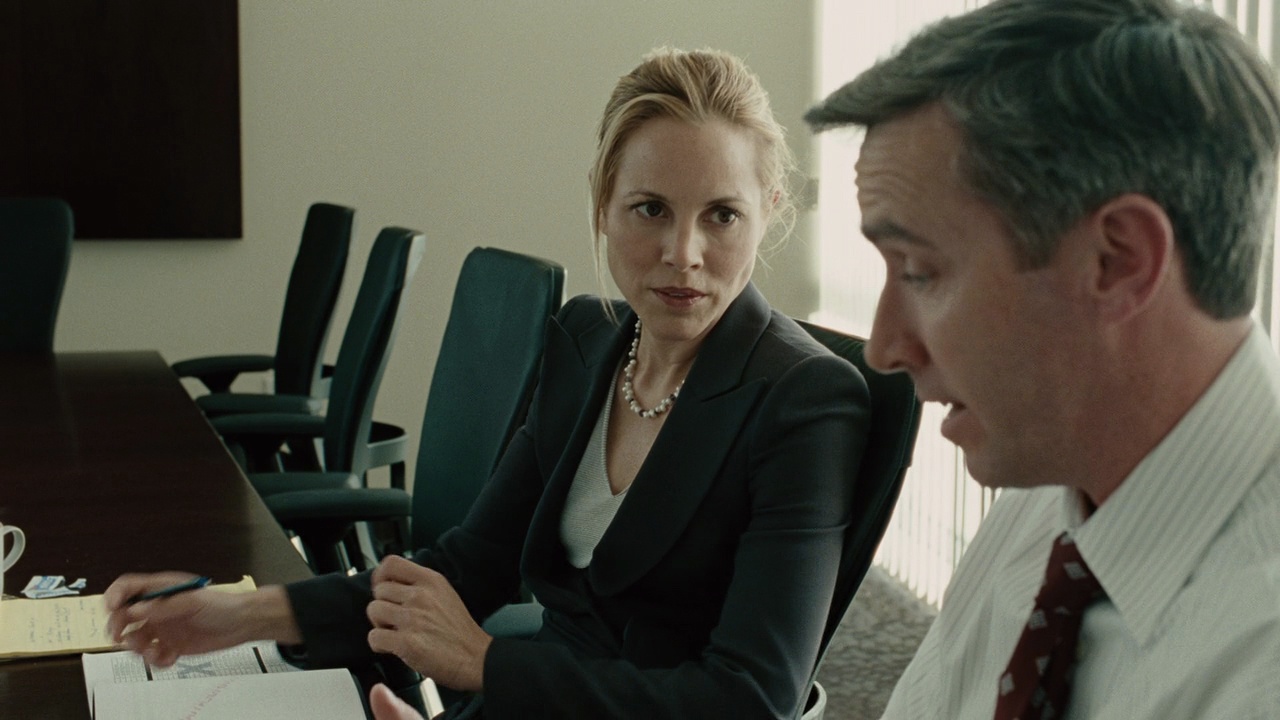