The Damned
"Exorcist" Knock-Off is a Sin
By Cole Smithey 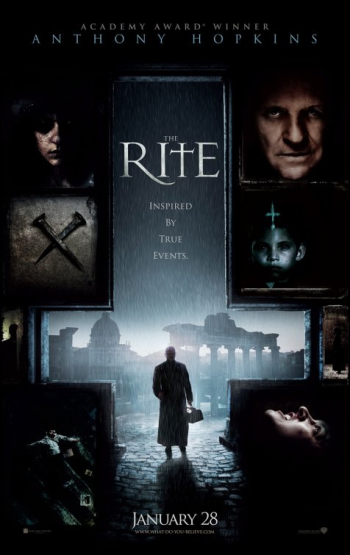 "The Rite" posits that the Catholic church is doing a record number of exorcisms these days. While the demon boom might be good news for the Vatican coffers, it doesn't pay off for moviegoers.

Based on journalist Matt Baglio's book about his experiences apprenticing with a Catholic priest to become an exorcist, director Mikael Håfström's would-be horror movie is a disconnected study in entropy. 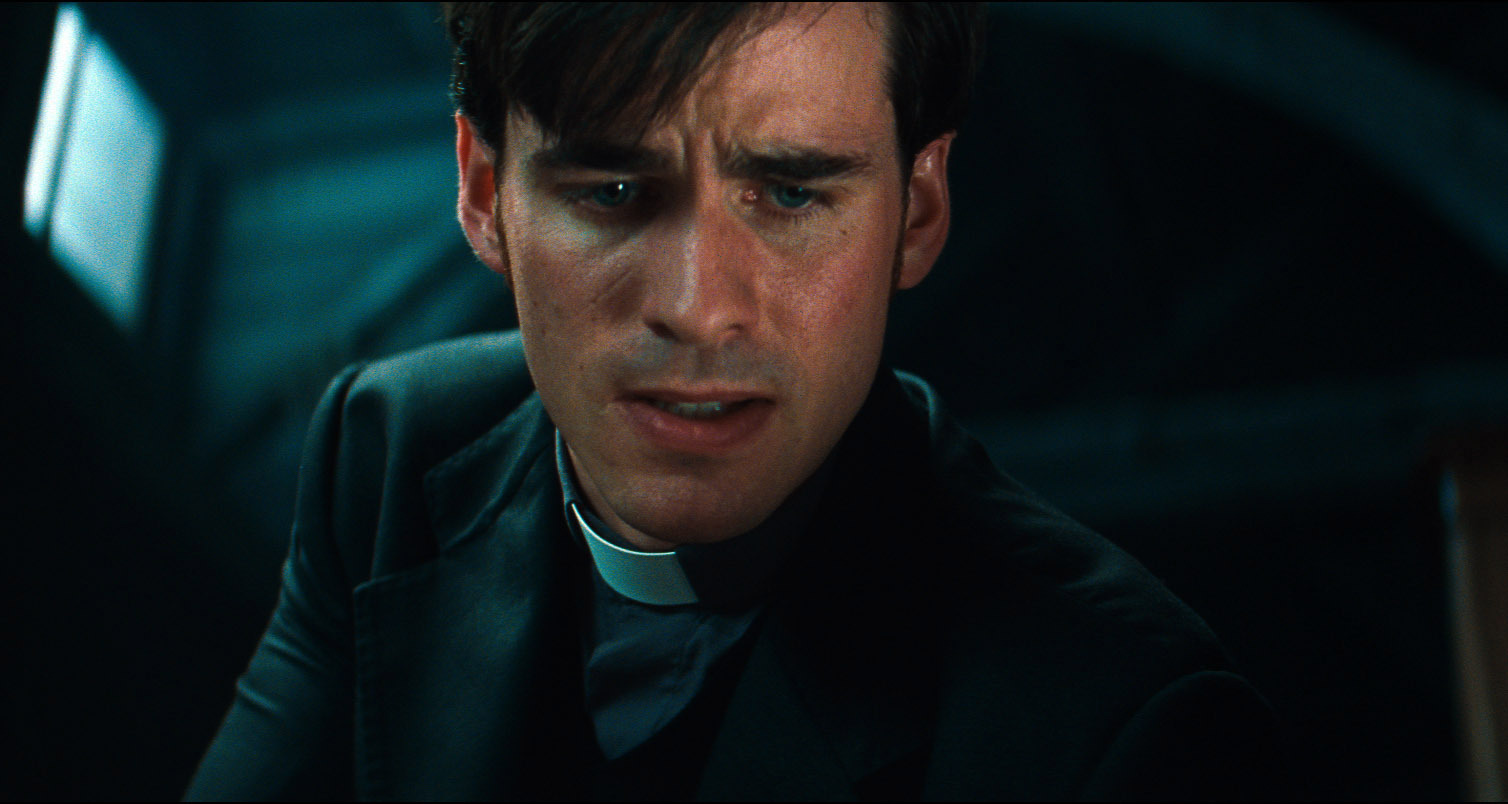 So it goes that Michael, looking a little like Anthony Perkins in "Psycho," heads off to priest college in Rome. At the end of his four-year studies, Michael still has doubts about wearing the collar until a traffic accident demands he give the last rites to a dying victim.

Tacitly emboldened, Michael is assigned by his supervising priest Father Matthew (Toby Jones) to shadow Father Lucas Trevant (Anthony Hopkins) on his exorcist rounds. After performing a fairly uneventful exorcism on a pregnant woman, Trevant asks Michael "What did you expect, pea soup and spinning heads?" From the audience point of view, we know the answer is yes. However, Father Trevant's exorcisms are more ongoing therapy sessions rather than full-on "power-of-Christ-compels-you" expulsions of demonic possession.

There are two major obstructions that contribute to the complete and utter failure of "The Rite." The most obvious glitch is a cobbled-together screenplay written on a high school reading level. The script doesn't even begin to enter into the realm of dramaturgy. You can sense the screenwriters fumbling around for touchstones to William Friedkin's "Exorcist." They attempt to substitute the strained relationship between Michael and his father for the troubled rapport between Father Karras and his aging mother in "The Exorcist." It doesn't work.

Casting is the second glaring issue. You get the feeling that none of the actors has a clue about what's going on in the story. Alice Braga, who delivered a personalized kiss-of-death to movies like "I Am Legend," "Predators," and "Repo Men," floats in and out of scenes as if she walked onto the wrong studio back lot. Colin O'Donoghue comes off as unprepared for the duties of a leading man. But it's Anthony Hopkins who makes a travesty of the film. Hopkins makes the sign of the cross with such a lazy effort that you want to slap him. 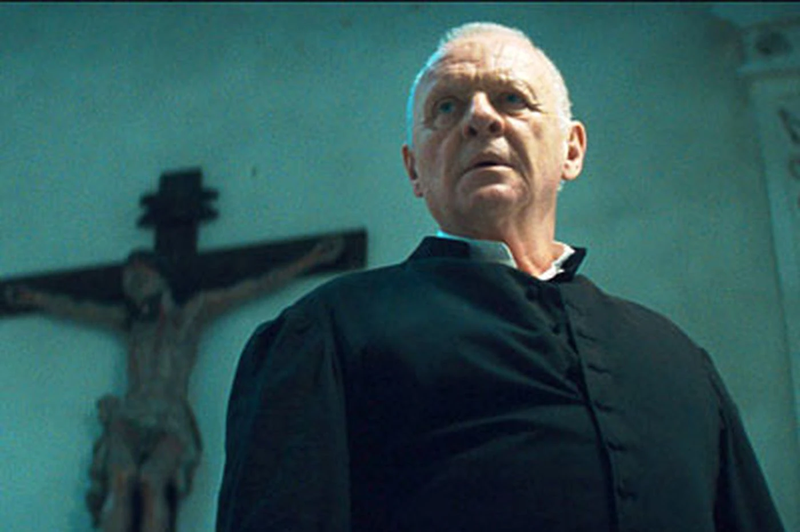 I can see more than a few Catholics being upset at his smug portrayal of a priest. There is nothing holy about his characterization. Anthony Hopkins peaked with "The Silence of the Lambs" and since then his career has involved many a sidelong reference to it in lesser films, i.e. "Titus." In "The Rite" you watch Hopkins slip into his chianti-and-fava-bean mode, waiting for the audience to shiver at some unseen percolating menace within him. 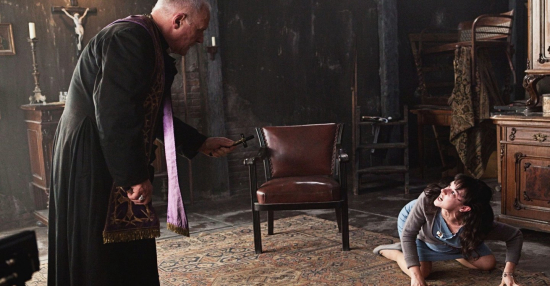 Mikael Håfström has made one good horror film. "1408" holds up well. But he's clearly out of his element here. It's doubtful that even Roman Polanski could have made "The Rite" a good horror film, but he would have at least made it a competent one. 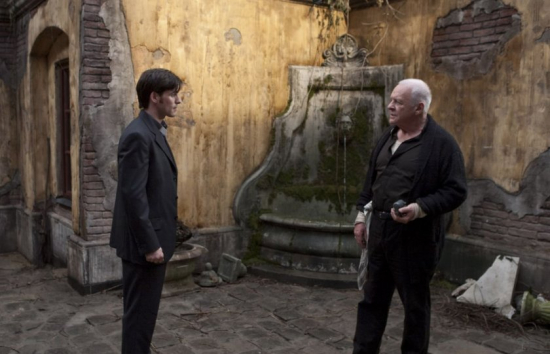 William Peter Blatty's "The Exorcist" is first and foremost a great novel. William Friedkin was able to turn it into the greatest horror movie ever made because he understood the intricacies of the story like the back of his hand. Friedkin's commentary on the DVD for "The Exorcist" is astounding for the depth of reason the director exhibits. I'm sure that one day another novelist will write a great story involving exorcism that will be made into a great movie. But, like "The Exorcist," it will have to be about people we care about, and the interplay between them. As for the characters in "The Rite," you'll wish the Devil would take them all.