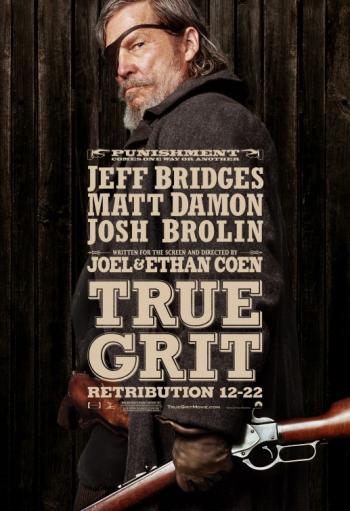 Leave it to Ethan and Joel Coen to reinvent the modern western. Not since Clint Eastwood's "Unforgiven" has the western seemed such a vibrant genre. The filmmaking brothers adapt Charles Portis's novel with so much humorous panache and deathly reason that you can't help but give yourself over completely to the movie. More than just filling John Wayne's shoes in what was his greatest performance, in Henry Hathaway's 1969 original "True Grit," Jeff Bridges creates a more believable character as U.S. Marshal Ruben Cogburn a.k.a. "Rooster Cockburn." With a leather eye-patch covering his blind right-eye Rooster is a man with "grit." It's an elusive quality of calculated confidence in everything he does that draws 14-year-old Mattie Ross (brilliantly played by newcomer Hailee Steinfeld) to him. "Grit" is also a euphemism for "killer instinct," something Rooster Cockburn has in spades. 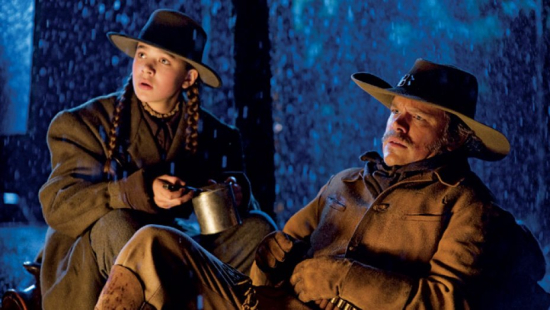 Set in the 1870s Mattie's dad has recently been killed by a crafty outlaw named Tom Chaney (Josh Brolin). Chaney is recognizable by a permanent gun-powder burn on his cheek. Lasting scars go with the territory. Mattie wants retribution and she wants it quick. Wise beyond her years, she puts together the funds needed to hire Rooster to track down Chaney and bring him to justice. She insists on riding her own horse with Rooster on the manhunt. Forget that it means traveling deep into dangerous Indian territory. To Mattie's surprise, a Texas Ranger named La Boeuf (Matt Damon) has already been on Chaney's trail for several months. He hasn't had any success. La Boeuf likes to brag about his knowledge as a Ranger but doesn't possess half the appropriate skills that Rooster can summon up in a one-eyed-blink. Nonetheless, La Boeuf uncomfortably teams up with Rooster to track Chaney down. Mattie comes along too. A swim across a fast moving river proves her resolve to Rooster and La Boeuf. 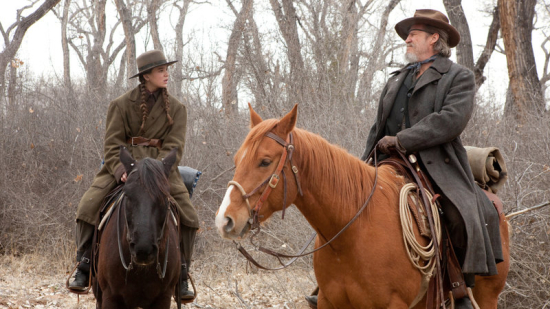 It isn't long before Mattie bears first-hand witness to the fast-action violence Rooster is capable of unleashing. There will be murder. Mattie knows intuitively there will be a heavy price for the vengeance she seeks, but with clear-eyed determination Mattie accepts every hardship without complaint. She too is stoic.

The burning question at the heart of the Coen brother's "True Grit" is how well Jeff Bridges will flesh out a role burned in many people's memories with John Wayne's face. The actors come from vastly different schools of acting. Wayne's on-the-nose style was more presentational. Bridges is more of a representational actor. His creation aligns closer to Daniel Day Lewis's work on "There Will Be Blood," or even Billy Bob Thorton's memorable portrayal in "Sling Blade." There's magic in the way he talks. The delicate intonation Bridges uses has a musical and lyrical quality. It keeps you wanting to hear more. For his storied reputation of indiscriminate killing, Bridges's Rooster Cockburn is an aging misfit who can turn a cinder to flame with cold intentionality alone. Bridges is not hammy like John Wayne, although Rooster can be a competitive show-off. 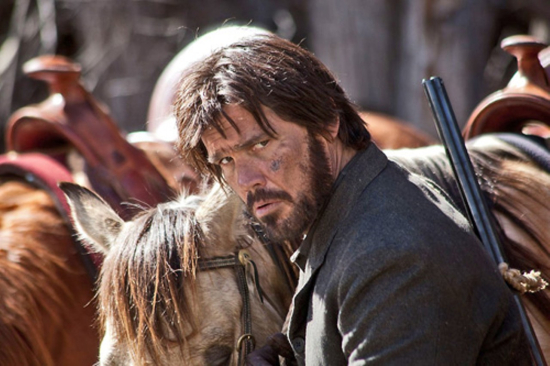 In one of the film's most endearing scenes an inebriated Rooster tries to one-up La Boeuf with his skeet shooting prowess. It's not the calculated "dog-petting" scene you might imagine. It goes on longer than it seems it should. That's where the comedy comes. We can laugh at him. Rooster is an imperfect man and we love him for it. He also isn't the only one with grit. Mattie has it too. As with "Fargo," there's a steely spine of feminist thought at play. "True Grit" is one damned fine western that's better than the original. It's also one of the best films of the year.