Giamatti Looks Like a Lover, But He's Only a Tourist
By Cole Smithey 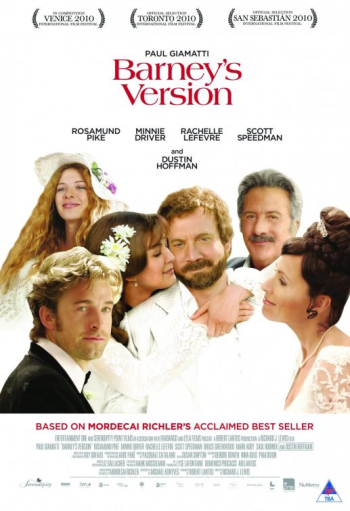 We've all heard somebody say that so-and-so's life story should be made into a movie. But just because a producer thinks Mordecai Richler's faux autobiography is worthy of cinematic interpretation doesn't make it so. Debut director Richard J. Lewis gets saddled with deceptively less fertile source material than must have appeared to Paul Giamatti on paper. 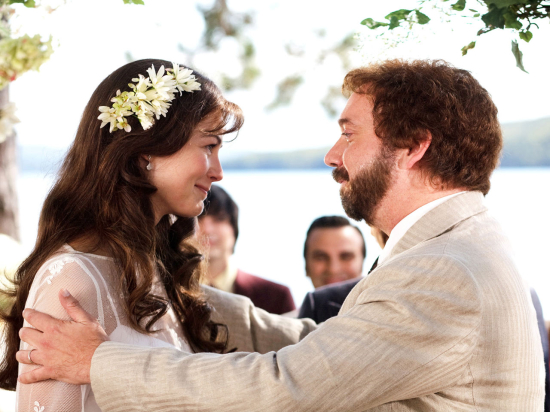 The ubiquitous Giamatti plays Barney Panofsky, a non-practicing Jew living a bohemian lifestyle in '70s era Italy with his bi-polar wife. Said wife's suicide sends Barney back to his hometown in Canada to find work as a television producer. Barney also discovers his second wife — a Jewish Canadian Princess played by Minnie Driver — whose affections he quickly throws over at their wedding reception, no less, when he spots an elegant Shiksa by the name of Miriam (Rosamund Pike). 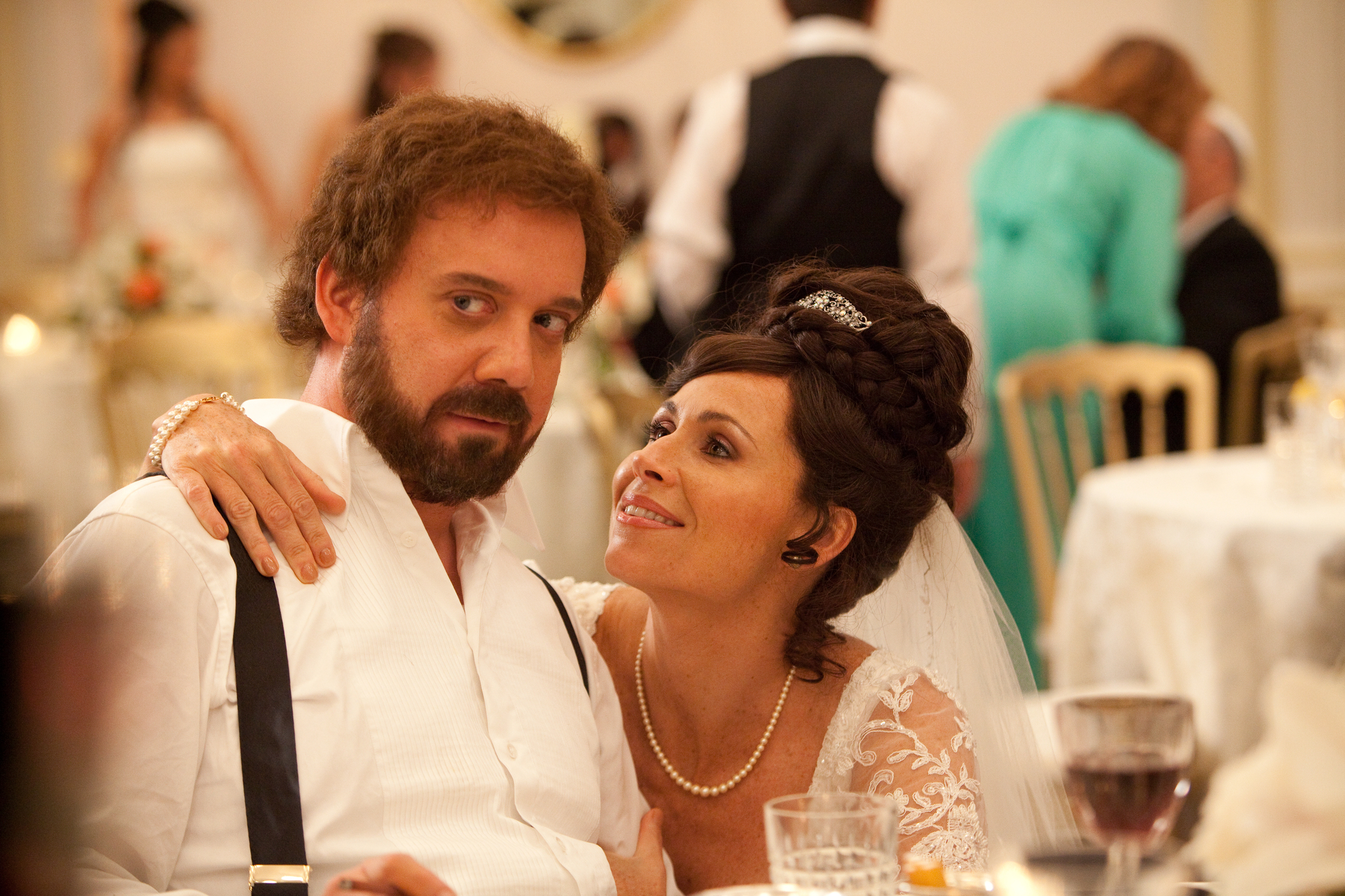 Barney's thwarted attempts at wooing Miriam in the face of his marriage to "Mrs. P." come to a welcome end when he finds wifey in bed with his best friend from his time in Italy, Boogie (Scott Speedman). A vague murder mystery bookends the story, but "Barney's Version" spins with more narrative distraction than direction. Giamatti's Barney breaks character in a puffed up crisis decision that brings down the whole house of cards. Committed performances from a strong cast still don't make "Barney's Version" a rendition worth visiting. 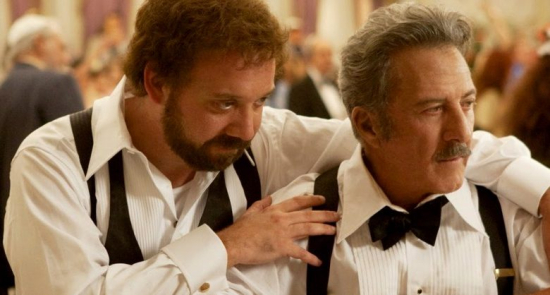 Anytime a film sports a first-time director, there should be a warning on the poster--"Beware, New Filmmaker at Work." As a critic who has watched hundreds of films a year for the last 20 years, the most obvious lesson I've learned is to be wary of debut feature directors. It's clear that "Barney's Version" was produced more on Paul Giamatti's credentials than those of Richard Lewis. 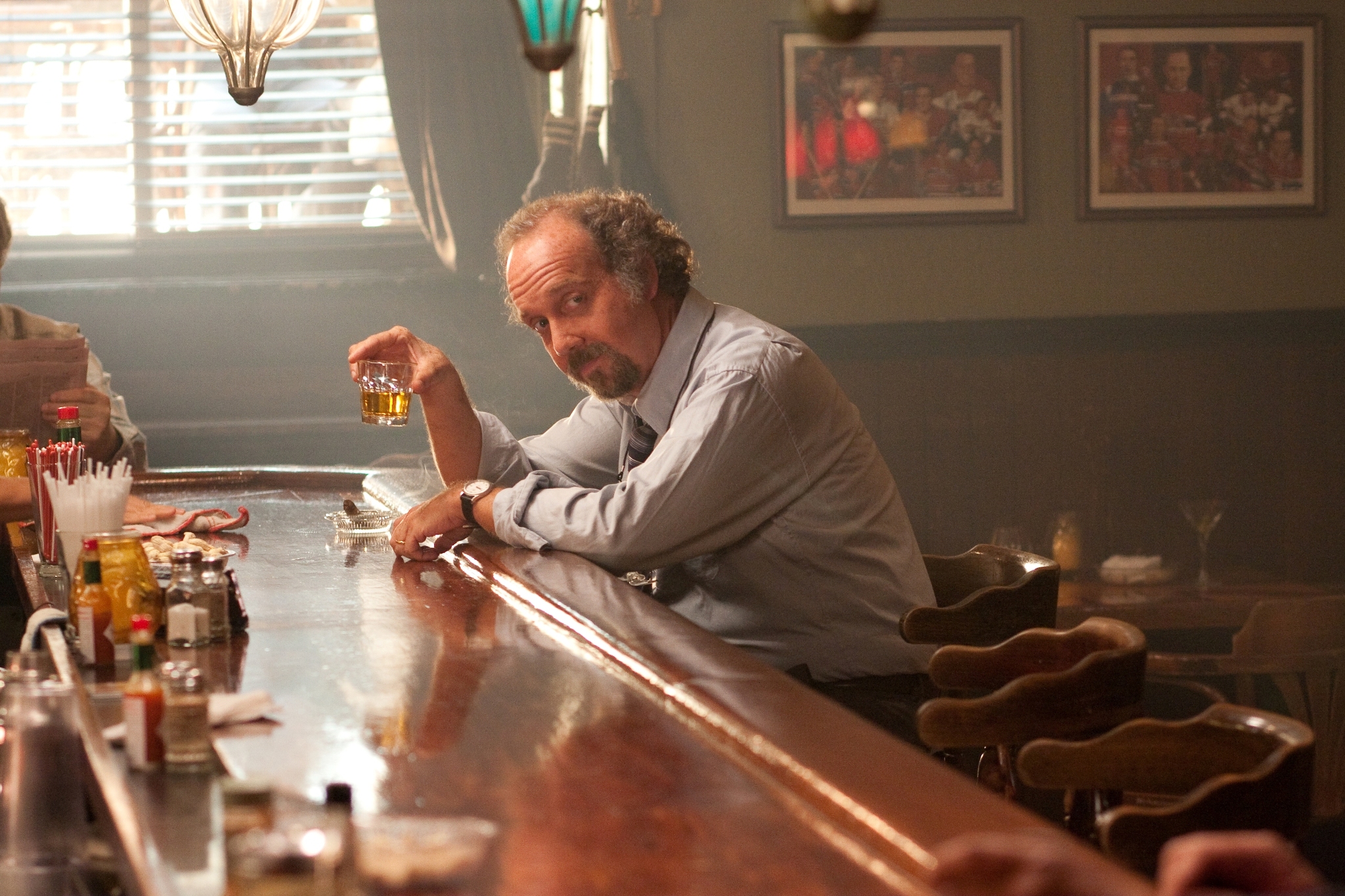 Paul Giamatti is a strong actor. He's not as good at creating characters as an actor like Christian Bale, but he's a hard worker. Whether or not Giamatti will ever rise above his greatest performance, as Harvey Pekar, in "American Splendor" (2003) remains to be seen. Nonetheless, Giamatti makes the movie tick. There's something in his irreverent laugh that keeps you hanging onto his every flash of humble introspection. "Giamatti's Irreverent Gestures" would be an appropriate subtitle for the movie. Then there's his successful chemistry with Rosamund Pike, which is nothing to sneeze at. 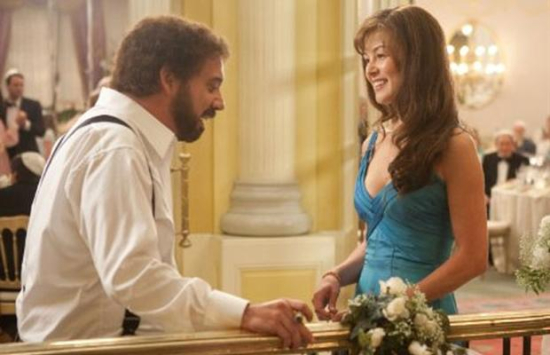 "Barney's Version" is an episodic story that keeps the audience in its narrative gambit pretty well before dropping the ball like a chef walking out on his job with twenty tickets waiting in the window. The writing is fine. Everything seems to connect just great. And then, suddenly, the guy we're rooting for squanders everything he has--and he has a great family life. In turn, Barney gets too sick to remember anything. His life, and the story, collapses. We're left trying to reassemble the pieces of what we thought was an interesting story to somehow fill out its unsatisfying ending. 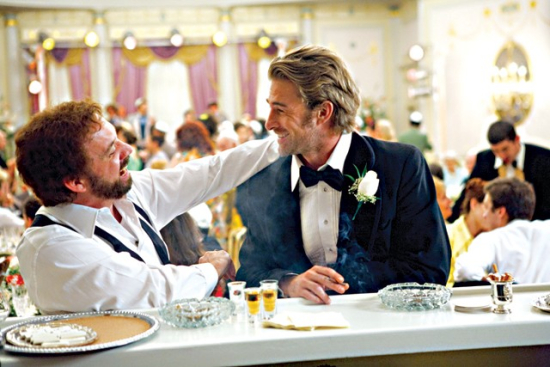 The film flat-out doesn't hold together. It wants to be a black comedy. It certainly could have gone in that direction since ironic death is a part of the equation. The movie seems to go in a Woody Allen direction of sardonic romantic comedy, but never commits. This format seems the most obvious for the story to play in. But then it reneges on everything with a wacky D.B. Cooper-styled-mystery resolution about Boogie's fate that has no real bearing on the main character, who we want to see come out of the story with some tangible prize of recognition. Barney looks like a lover, but he's only a tourist.