Sharing only a smidgen of a resemblance to the legendary storyline of Shakespeare's tragedy this animated children's movie is an abomination by any standard. To watch one of Shakespeare's most beloved plays maligned with such mud-slinging indulgence is an affront that no audience should suffer. If you're thinking this might be a good introduction to Shakespeare for the little ones, think again. It's hard to imagine what incited the depth of loathing the film's nine screenwriters actively exhibit against the Bard. One thing is certain, however—they make their revulsion loud and clear. Packed with updated versions of Elton John songs like "Crocodile Rock" — here, a duet between Sir John and Lady Gaga — "Gnomeo & Juliet" is one long series of music videos gone wrong. It does help explain why the story is set in a British suburb (Elton John is a Briton). But it doesn't express why the filmmakers paint the Montagues and Capulets in Republican and Democrat colors of red (for Juliet's family) and blue (for Romeo's team). I suppose it's a way of bringing the longstanding feud between the two families into some modern context of right and left-wing reality. Regardless, no attempt is made at keeping any of Shakespeare's original language intact. Don't expect to hear such indelible lines as "Romeo, Romeo, wherefore art thou Romeo?" or "Good night, good night! Parting is such sweet sorrow, that I shall say good night till it be morrow." 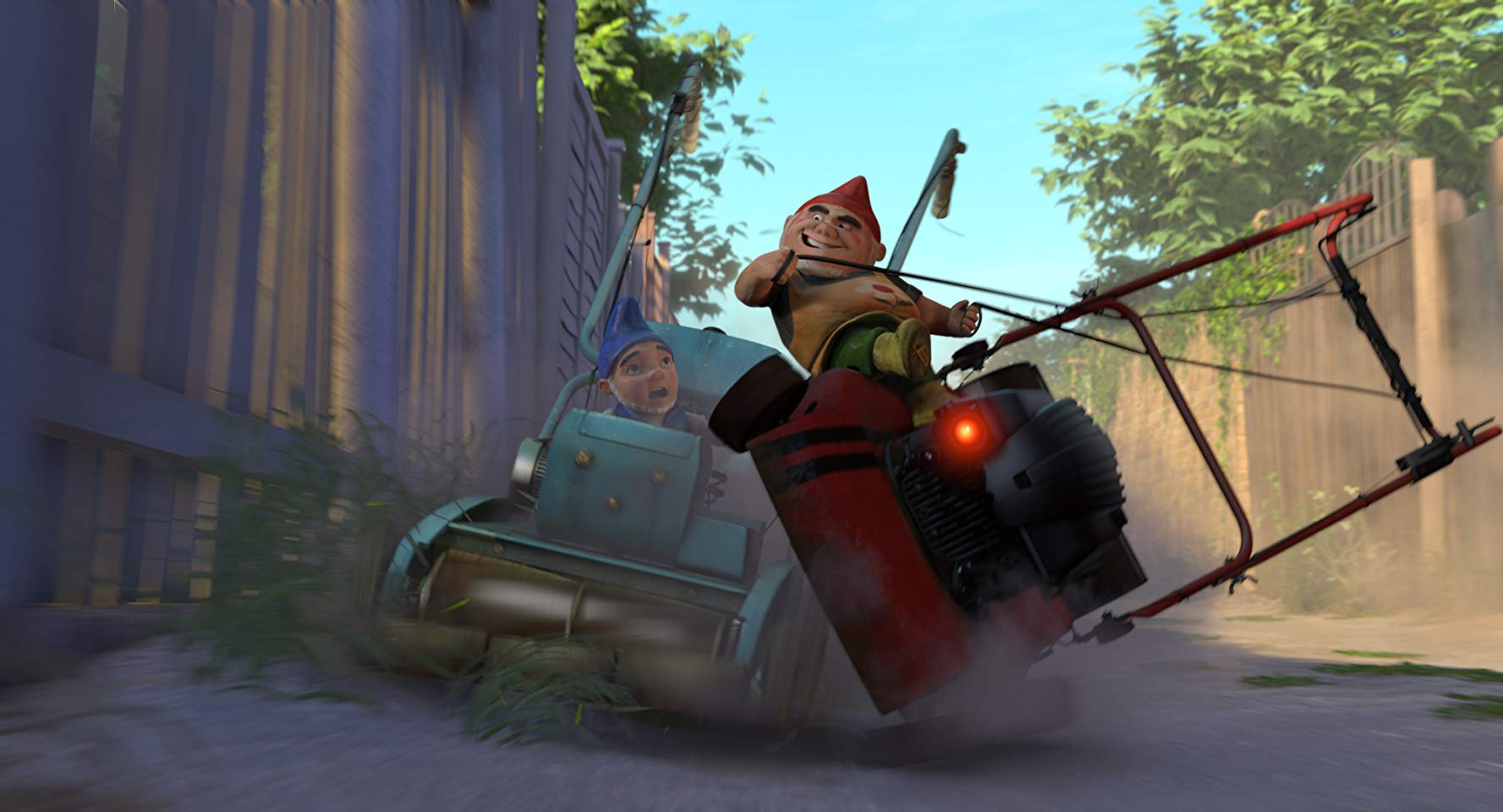 The script at hand is more hack job than adaptation. No shred of lyrical romanticism remains. Even the clichés that substitute for any kind of false meaning are ragged. A lame "Borat" reference involving a gnome in a string-bikini bathing suit is just one example of the crassness on parade. The premise is simple. Two adjacent homes are split down the middle by a fence that separates a red house from a blue one. The humans that live side-by-side there hate one another with a contagious passion. When said inhabitants leave for vacation, their vast collection of ceramic garden gnomes come to life to carry on a proxy battle. As with the "Toy Story" franchise, inanimate things can only animate when no person is looking. A lawn mower race starts off the proceedings. It doesn't end well. Romeo goes Rambo-style to do damage to his rivals on their turf. Juliet puts on ninja garb in spite of the "nice junk" she carries in her "trunk." The filmmakers seem to think parents will be only too happy to answer their children's questions about the significance of such callipygian assets as Juliet's posterior anatomy. 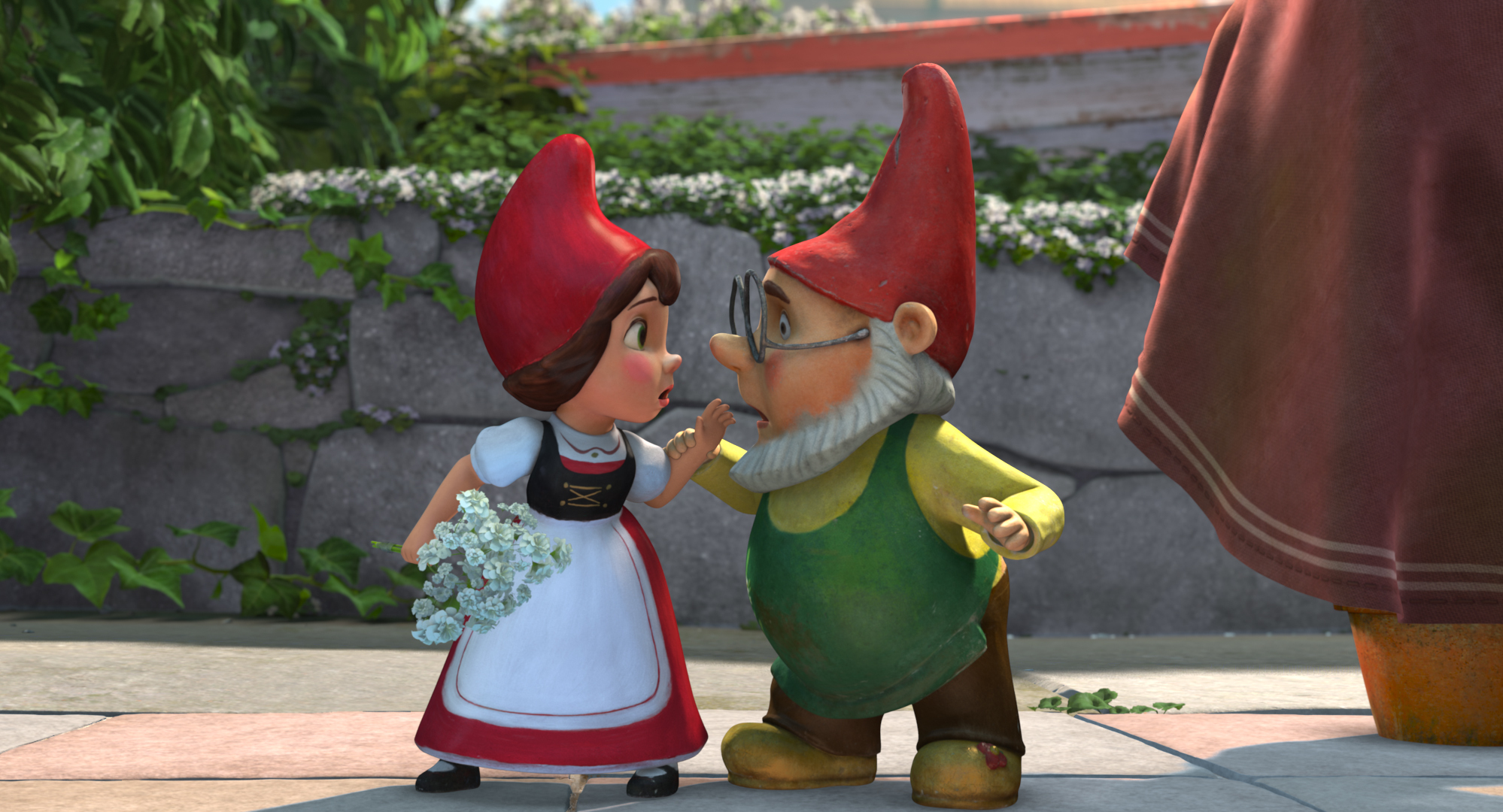 Storyboard-artist-turned director Kelly Asbury ("Shrek 2") doesn't direct so much as he churns out a mixed-bag of animated slop. Swirling around in Asbury's blender of gelatinous visual goop are voices provided by top and bottom rung talent. It's not everyday that you hear Michael Caine and Maggie Smith mentioned alongside Ozzy Osbourne and Hulk Hogan. Most improbable is the producers' choice to use the most expensive 3D treatment available--called XpanD. At $130 per pair of XpanD 3D glasses, you might expect a stereoscopic experience to rival last year's "My Bloody Valentine." No such luck. Once again, Hollywood confirms it has no intention of backing down from charging twenty-dollars a ticket for a lackluster 3D experience. 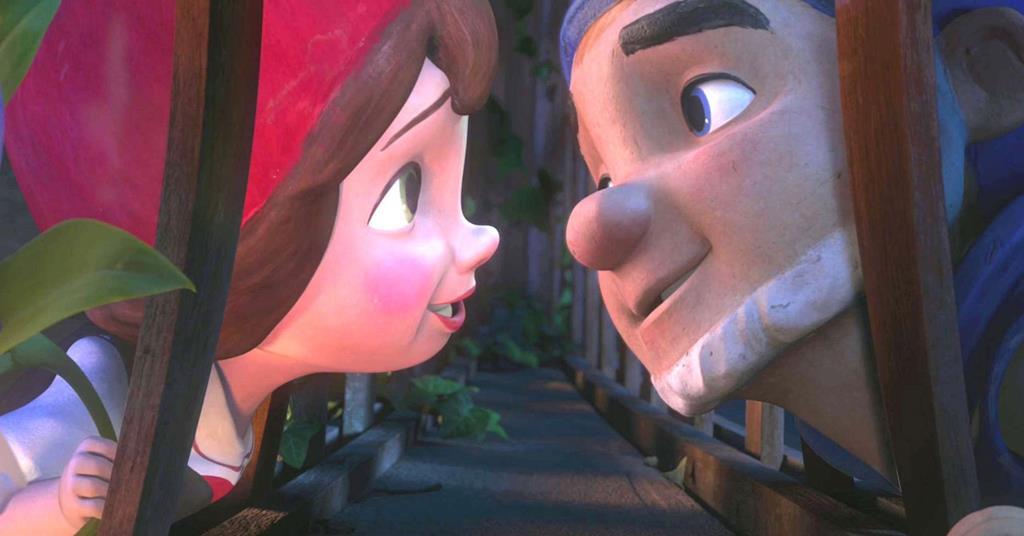 "For never was a story of more woe than this of Juliet and her Romeo." Or, in the case of "Gnomeo & Juliet," never was there a movie of more woe. If ever there was impetus to take your children to an actual stage production of "Romeo and Juliet," instead of to the cinema, this is it.

Posted by Cole Smithey at 01:10:33 PM in Animation, Children's Cinema