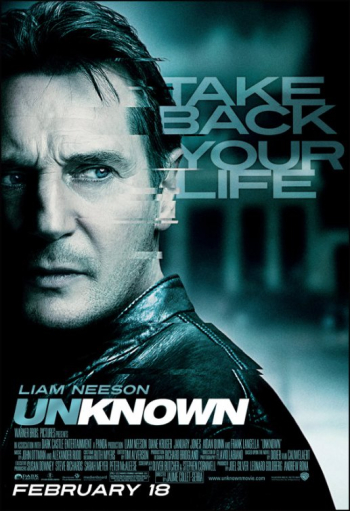 How Liam Neeson went from being that rare thespian animal of a leading-man-character-actor to a full-on action star while still keeping his artistic integrity is a mystery. It's certainly more than Nicolas Cage could do. The phenomenon probably remains a mystery even to Neeson himself. In his indispensable "Biographical Dictionary of Film," David Thomson says of the actor from Northern Ireland, "There's something not quite right about Liam Neeson." The puzzling quality Thomson refers to is the actor's baffling ability to inhabit characters with a burning sense of intelligent urgency shielded behind his pale blue eyes.

Just think about Liam Neeson's indelible title roles in films as far ranging as "Schindler's List" and "Kinsey." We watch the timing of his character's thoughts and understand everything about him at once. He's an actor who naturally inspires his audience to believe in his character, regardless of the narrative parameters. Genre is no barrier. Liam Neeson is equally at home in a western (see "Seraphim Falls") or a historic period drama (see "Michael Collins"). That he frequently returns to the theatrical stage, contributes to the thrilling command of his craft.

"Unknown" is a fish-out-of-water mystery thriller. It's not an especially memorable film, which is ironic considering the analogous subject matter of its overleveraged premise. But what makes it entertaining from start to finish is Liam Neeson's performance. He plays Dr. Martin Harris, an American botanist visiting Berlin with his wife Liz (January Jones) for a biotechnology summit. A forgotten briefcase sends the good doctor in a taxi back to the Berlin airport. Snow is on the ground. Fate intervenes when Martin's cab careens off a bridge into the frigid waters below. His driver, a quick-thinking Bosnian immigrant named Gina (Diane Kruger), saves Martin from certain death, but not from a coma. Four days later, Martin awakens with enough memory intact to retrace his steps back to his hotel where the biotech convention is underway. Still, Martin's lost personal identification proves a considerable hurdle to gaining access to his peers, especially one Professor Bressler (played by a squandered Sebastian Koch). When Martin finally convinces a hotel staffer to escort him to his wife, she doesn't recognize him. To make matters worse there's an imposter (played by Aidan Quinn) who claims to be Liz's husband. As evidenced by his nametag, he too is "Martin Harris." No one recognizes our man.

Martin tracks down Gina to help him. In spite of her tenuous illegal status, she agrees. Gina's thick Eastern European accent creates romantic tension that the characters play against rather than falling prey to. Piecing together Martin's actual identity means surviving several zigzagging car chases and deadly attacks by foreign assassins. 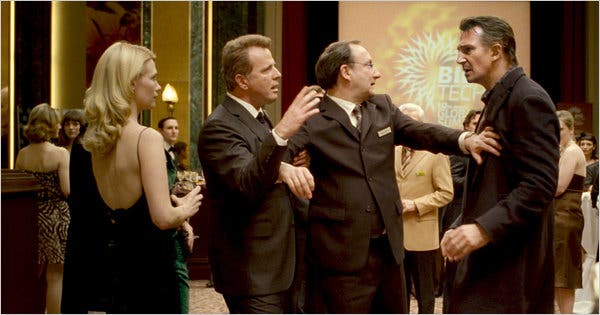 Director Jaume Collet-Serra ("Orphan") revs up the ferocity of the action set pieces to a fever pitch. Even the hospital where Martin recovered provides no refuge. Berlin is a nightmare trap. We are in the thick of an absurdist spy puzzle. The solution to "Unknown's" mystery is excessively contrived and yet underdeveloped. You can tell where the film's three screenwriters painted themselves in a corner, and needed to create a trap-door-escape. 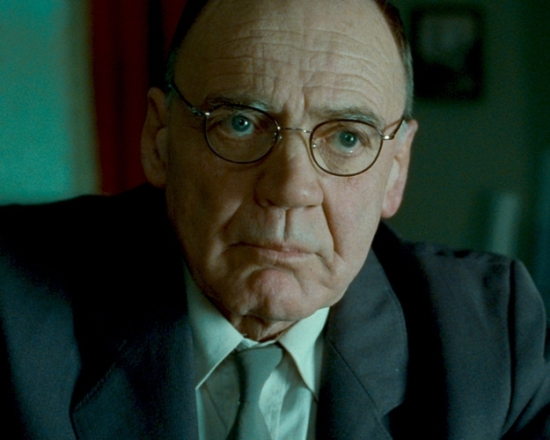 Though the story stalls in its miscalculated third act, Bruno Ganz supplies a chewy supporting turn as former Stasi officer Ernst Jürgen. Ganz gave a tremendous performance as Adolph Hitler in Oliver Hirschbiegel's "Downfall." He does an equally polished turn here as a remorseless former member of East Germany's Secret Police. Although callous, Jürgen is not without compassion, as evidenced by his willingness to help solve Martin's identity problem. In the three or four scenes he has, Ganz injects welcome life into the film with resourceful line readings that brim with evocative color. If his character's gritty sub-plot proves to be a dead-end, at least it's a closure as satisfying as Liam Neeson's sympathetic portrayal of a mysterious man not far removed from a spy like Jason Bourne.