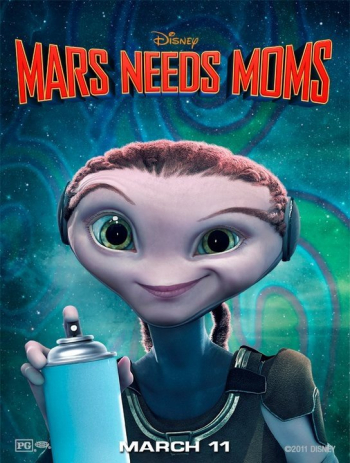 Based on a children's book by cartoonist Berkeley Breathed (known for his "Bloom County" comic strip), "Mars Needs Moms" is a tone-deaf animated disaster. Executed with the same creepy motion-capture animated design that gave "The Polar Express" its disturbing sense of near-realism, this 3D movie resists all brand of narrative logic. 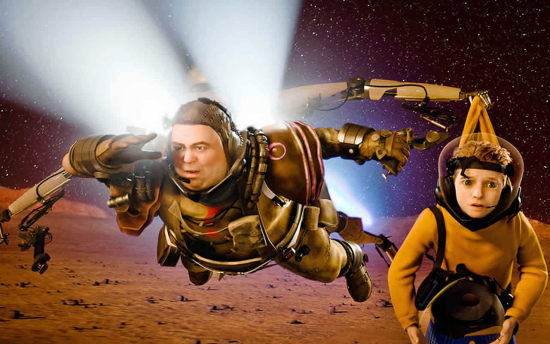 Milo (performed by Seth Green) is a nine-year-old bratty kid who hates to do what he's told. During a spat with his doting mother (Joan Cusack), an alien space ship lands outside their suburban home to abduct Milo's mom. Milo's dad is rained in at an airport. The little red planet doesn't need "Moms" plural so much as it needs a singular example of matriarchy to call its own. A population of group-think Martians needs to wheedle out nurturing instincts from her brain to properly raise its own female Martian babies. Robots don't make great mothers. Male babies are automatically exiled to a literal trash heap for some unexplained reason. Mars doesn't need dads. Milo sneaks onto the spacecraft with his incapacitated mother. On Mars, Milo falls in with an eccentric older boy from Earth called Gribble (Dan Fogler), whose own mother was kidnapped under similar circumstances back in the '80s Reagan era. There's no telling why Gribble's mom couldn't deliver homey continuity to the drab society. Speaking of creepy, Gribble is not the kind of infantile adult male you'd want your kid spending any appreciable amount of time with. Martian civilization is a regimented militarized world of constant surveillance. Robots run the show under the command of an excitable, vaguely Asian hag "supervisor" whose ugliness informs her status as the story's primary antagonist. 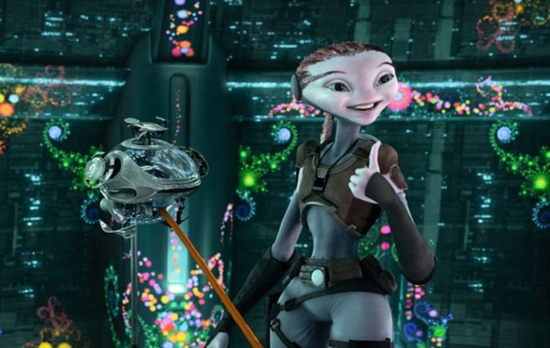 Japanese roboticist Doctor Masahiro Mori coined the term "the uncanny valley" to describe the negative psychological reaction against robotic designs whose human-like qualities get too close for comfort. If a robot--or a character in an animated movie — starts to look a little too real, there is a natural human rejection of said entity. Such is the nature of audience reaction against the "human-like" characters in "Polar Express" and in "Mars Needs Moms." Mori lists a "moving corpse" as the lowest point of in the "valley" of disapproval. While I wouldn't necessarily describe the motion-capture characters here as human corpses, they do seem closer to dead than alive.

An interesting experience I noticed while watching the film was my disapproving emotional response to the rebel Martian girl Ki (Elisabeth Harnois). With dyed red dreadlocks, Ki is the only female Martian representative with any personality other than the Martian supervisor (voiced by Mindy Sterling). Having watched some Scooby Doo-like American television show, Ki spouts '60s era pop slang. "Right on" and "dig" are favorite phrases children will be tempted to repeat ad infinitum. Ki is a graffiti artist who constantly flings multi-colored paint balls to splatter blotches of color onto the monochromatic landscape of the Martian industrial complex. The male Martian populace are portrayed as a primitive native culture not far removed from the blue-skinned population of "Avatar." Dancing seems to be their main activity.

There's more than a trace of racist ideology at play in an animated film that is far from innocent. Why all Martian males are represented as developmentally challenged characters is up for discussion. At best, "Mars Needs Moms" is a poorly thought out story. At worst, it represents a wrongheaded sociopolitical allegory. Either way, this is one sinister animated movie that doesn't stand up against much more competent children's fair such as "Rango" or anything from the brilliant Aardman house of animation.

Posted by Cole Smithey at 09:34:36 PM in Animation, Children's Cinema