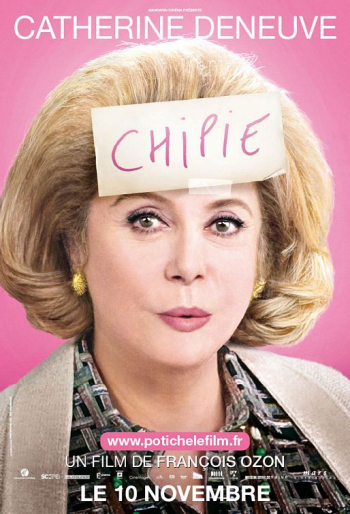 François Ozon's flamboyant adaptation of a play by Pierre Barillet and Jean-Pierre Grédy is a light comic confection. That the film's sole purpose may just be to reunite the effervescent Catherine Deneuve with Gérard Depardieu one more time on the big screen is validation enough.

Set in 1977 France, the story takes its title from the French slang for "trophy wife." Ms. Deneuve more than fills her shiny tennis shoes as Suzanne, the neglected wife of sexist and selfish husband Robert Pujol (Fabrice Luchini). Suzanne busies herself writing prosaic poetry about the nature that teems around the couple's mansion grounds. Birds tweet and bunnies mate. Hubby Robert takes advantage of his mistress, a secretary at the umbrella factory he manages. Suzanne's beloved grandfather started the successful company many years ago. 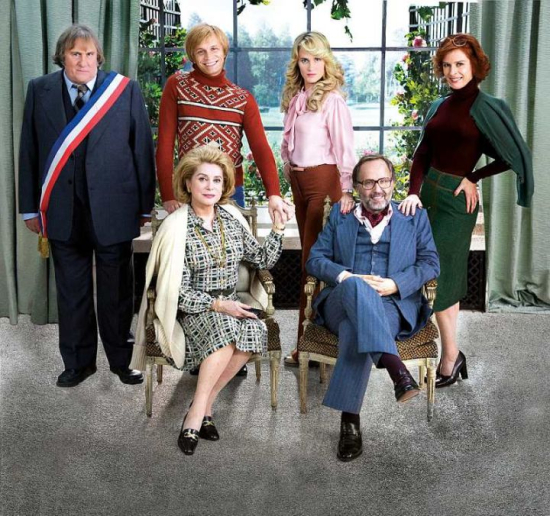 The plot element allows for a colorful homage to one of Catherine Deneuve's most iconic films, Jacques Demy's 1964 classic “The Umbrellas of Cherbourg.’’ When her fragile husband takes ill, Suzanne is pushed to run the factory just as it is faced with the threat of a strike by its dissatisfied workers. Depardieu's former union leader Babin holds on to a piece of Suzanne's heart he won when they were young. Babin has since been promoted as the town's socialist mayor. He relishes the opportunity to possibly fan the flames of romance once more with Suzanne. 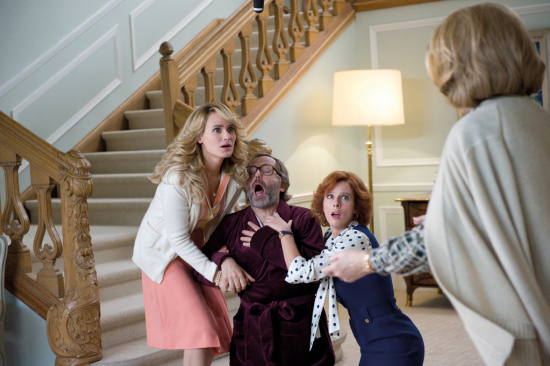 François Ozon is one of France's most enigmatic directors. His approach to cinema is a personalized style of genre-blending that frequently utilizes suspense and desire as key ingredients. Todd Haynes and Pedro Almodovar are generational peers. All three filmmakers share an affinity for rich color palates and untraditional narrative substance. So it is that audiences familiar with some of Ozon's previous films, such as "Swimming Pool" (2003) or his most recent film "Hideaway" (2009), might be tempted to look for dramatic threads of subtext that simply don't exist in the airy farce of "Potiche." 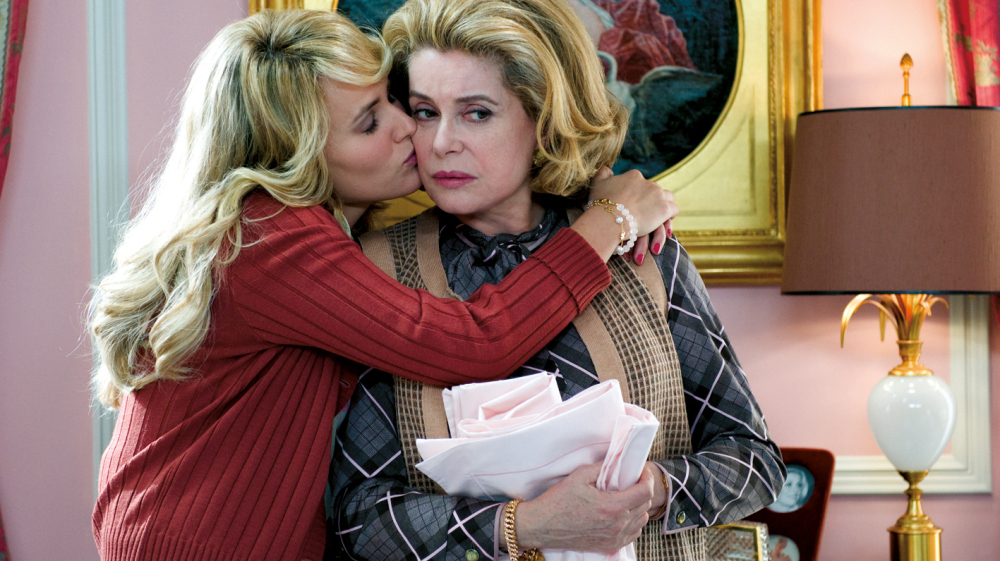 Light comic styles from cinema, theater, and television come seamlessly together here. The bawdy vibe of an early '70s American TV comedy like "Love American Style" segues into screwball comic territory on a whim. '70s ideas such as "a woman's place is in the home," come into the workplace to roost. Suzanne tames the male chauvinism around her with her natural poise and a serine sense of equality. The snappy humor is as much about the ability of fashionable artifice to blind as it is about its usefulness in claiming independence. 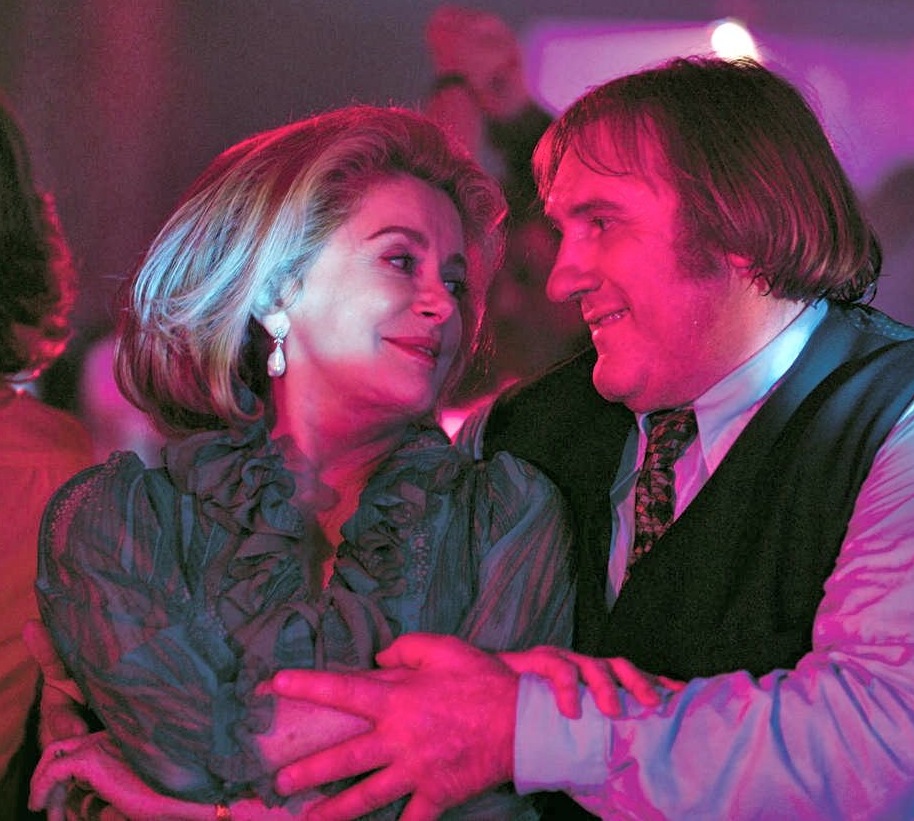 Woman's liberation French-style couldn't do better than to have Catherine Deneuve represent the period's common sense message of equality. "Potiche" rings with a sophisticated brand of restrained comic expression. It might not be everyone's cup of tea. But it is a well blended herbal potion. 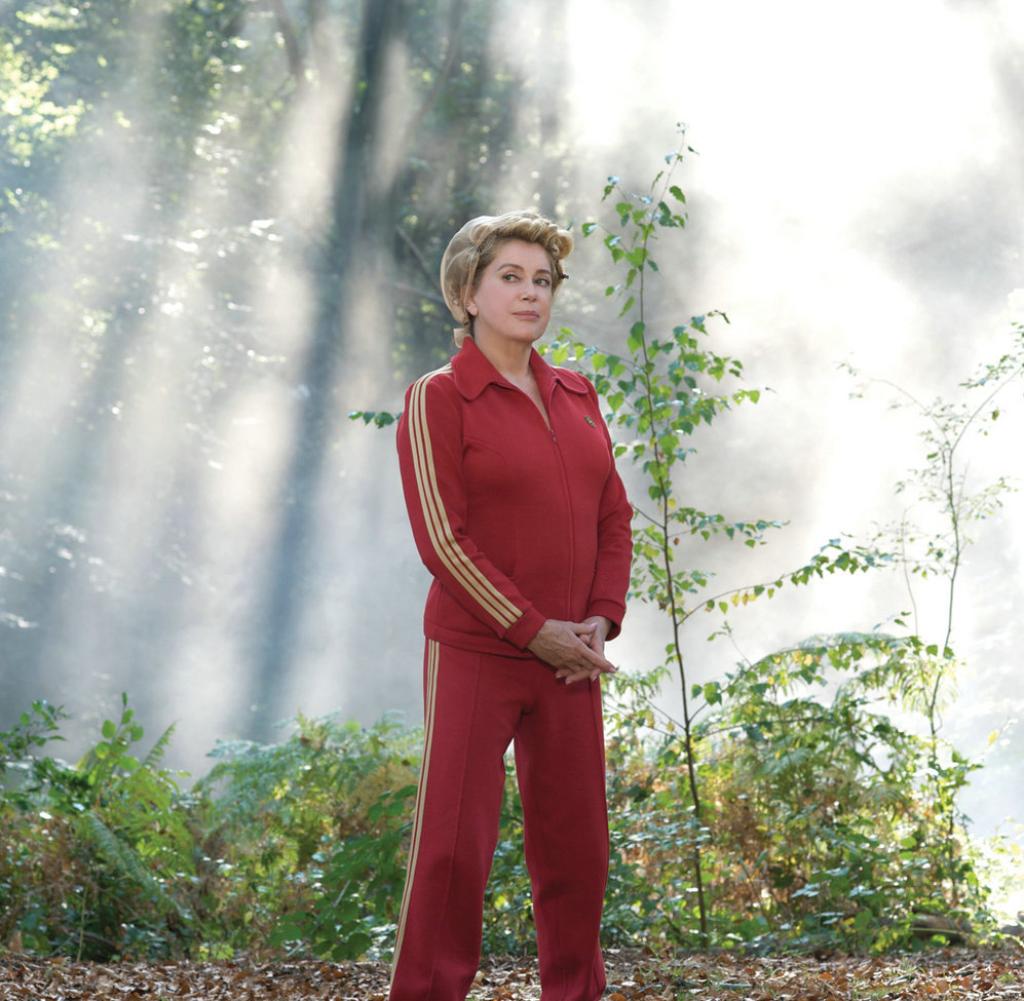