« PIRATES OF THE CARIBBEAN: ON STRANGER TIDES | Main | THE TREE OF LIFE — THE CRITERION COLLECTION » 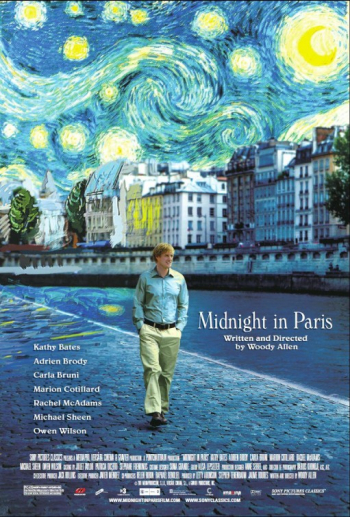 "Midnight in Paris" is amusing. Which is fine. While it by no means represents the long-awaited return to form, it is probably as good as Woody Allen's films are likely to get in this, the final victory-lap stage of his career. With its pleasant gypsy jazz guitar score and clearly-enunciated themes of nostalgia set in the city of lights, "Midnight in Paris" dips, glides, and even manages to soar (if only for a moment here and there).

Owen Wilson hangs on to his identity better than many have in the role of Woody Allen's trademark tic, the alter ego protagonist. That is if you can ignore Wilson's proclivity for pronouncing the word probably as "prolly." Gil (Owen) is a worn-out screenwriter with his first novel freshly under his belt when he travels to Paris with his fiancée Inez (Rachel McAdams) and her disapproving parents. "Crypto fascist airhead zombies" is one way Inez's right-wing parents are compartmentalized by Allen's scalpel of dry wit. In her role as a harpy shrew, Rachel McAdams fills space in a strictly utilitarian part that could have been executed by a dozen other actresses; no one would be any the wiser. 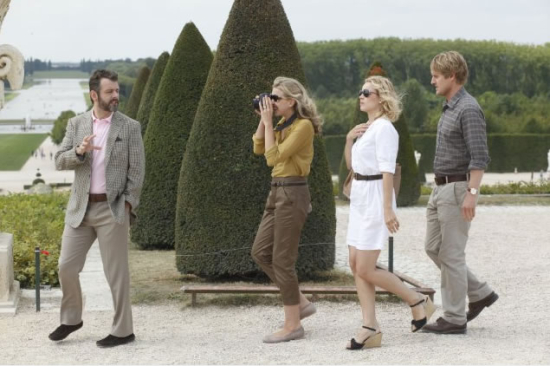 The story takes shape as an imaginative literary reverie. Gil enjoys during late night strolls through Paris that take him on a time-travel journey when church bell tolls at midnight. Gil adores walking in the rain in Paris. Allen's eye for immaculate postcard compositions regales the audience with a fantasy vision of Paris that transports it back to the 1920s when American ex-pats such as Cole Porter, Ernest Hemingway, Pablo Picasso, and Gertrude Stein exchanged ideas and bodily fluids. 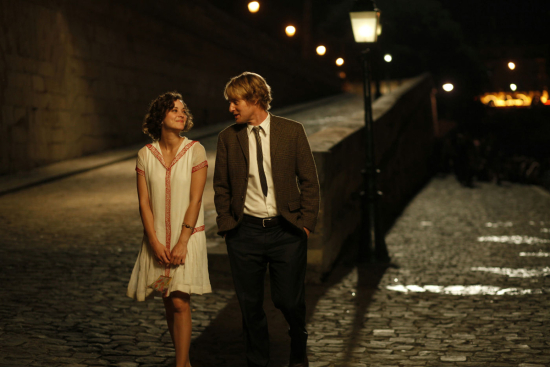 A stream of actors alternately succeeds and fails in cameo roles as famous artists, writers, dancers, and lovers. Marion Cotillard stands out as Picasso's amalgamated mistress Adriana. Here is an actress incapable of turning in a lackluster performance. Corey Stoll owns his vibrant scenes as Hemingway. Kathy Bates misses the target completely as Gertrude Stein, just as Adrien Brody turns his Salvador Dalí creation into a cartoon character of the Bugs Bunny variety. 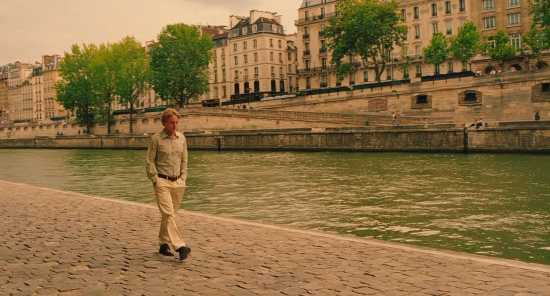 Allen conjures up a simpler time filled with a joie de vivre sadly absent from 21st century existence. In fairness to the Woodman, the famously wistful auteur backpedals to remind us that nostalgia is a trap that prevents us from enjoying the life we have to share. "Midnight in Paris" embodies a springtime sense of romantic desire. So much the better if you happen to walk out of the cinema, as I did, onto a rainy urban street after seeing it.