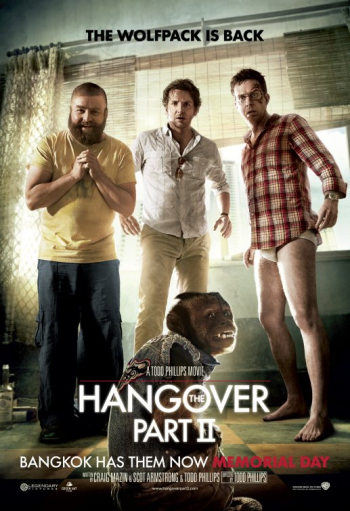 The formula mold that worked so well the first time around loses some steam in this follow up to the most successful R-rated movie ever made. With so much of its would-be surprise elements given away in its trailer, and even in the film's poster, "The Hangover 2" has a tough time mustering up the gross-out comic suspense the filmmakers are after. Still, there is at least one revelation that promises to exact more than a few guffaws from its audience. 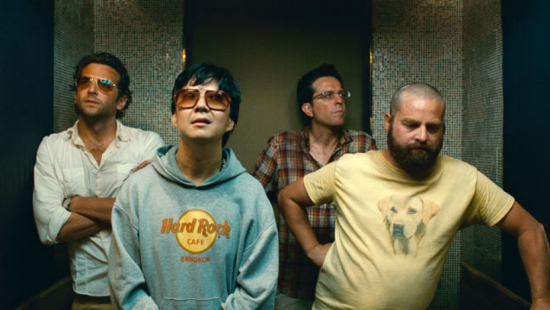 Todd Phillips returns to the director's chair to shepherd the comedy around its alternately grimy and lush Thailand locations. Phil (Bradley Cooper), Stu (Ed Helms), Doug (Justin Bartha), and Alan (Zach Galifianakis) are reunited under the auspices of their "Wolfpack" group in honor of Stu's upcoming wedding in the sex tourist capital of the world. Stu's fiancée Lauren (Jamie Chung) is the all-too-perfect daughter of Fong, a wealthy Thai businessman (Nirut Sirichanya) who has little use for Stu. Fong's primary interest is in advancing the career of his 16-year-old prodigal son Teddy (Mason Lee). One of the film's more sustained comic stretches comes during a wedding rehearsal speech when Fong publicly insults Stu to blood-curdling effect. 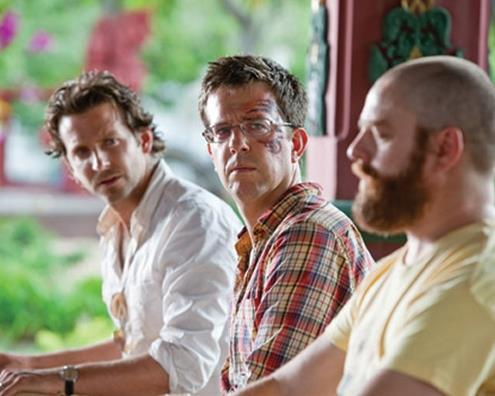 It's never good to be compared to a bowl of white rice. Stu certainly has good reason to go for a drink with his pals after the humiliation he suffers during the dinner. A beer on the beach segues into an obligatory morning-after realization--in a seedy Bangkok hotel no less--that the previous night's forgotten events have left indelible marks on Stu, Phil, Alan, and even tag-along Teddy who has gone missing from the group.

Part of the problem with "The Hangover 2" is the reasonable expectation that the newly minted franchise would up the stakes on the comic gold the filmmakers stumbled upon the first time around. Great use is made of its Bankok locations to underscore the quick-cut rhythms of editing that capture in micro-flashbacks the shenanigans that put our unreliable protagonists in a world of hurt. If anything the film looks too pristine. Smarter though it could have been to take the audience directly through the group's zany experiences during their wild night of drink and debauchery in the notorious city. Just because the flashback form worked in the first film doesn't mean it works as well in the sequel. 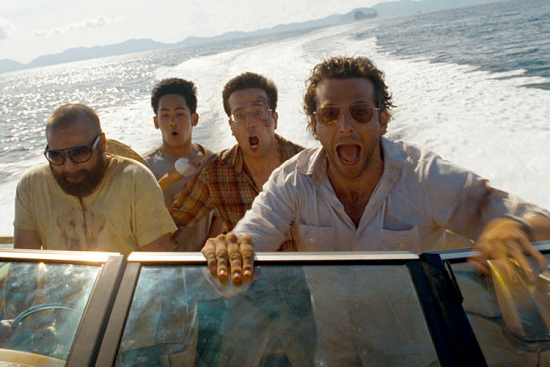 The forward action at play once again involves finding a lost member of the motley group. A certain severed body part from Teddy increases the sense of urgency the boys share in locating Fong's son in time for Stu's promptly pending wedding. 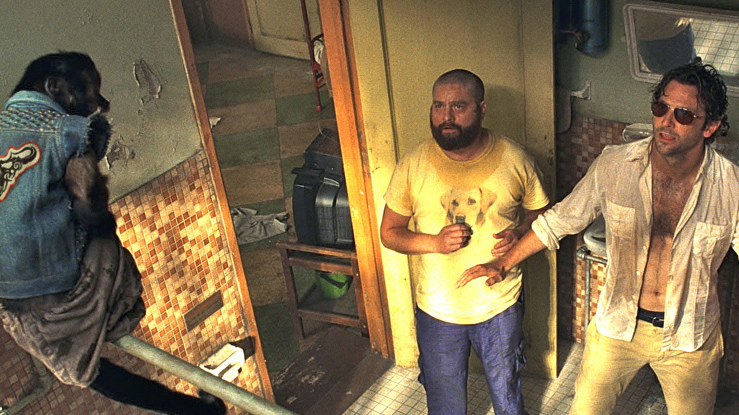 Audiences who come to "The Hangover 2" cold will likely enjoy it more than viewers who have an idea about what to expect. Although the comic energy rises and falls, there are a few inspired moments that make the comedy worthwhile. One such instant occurs when Stu plays guitar and sings about the events that have befallen him. It's a sweet song, and a very dirty one as well. A key leftover element from the first film is the hilarious photo sequence that comes during the closing credits. Don't walk out until the very end of the movie.