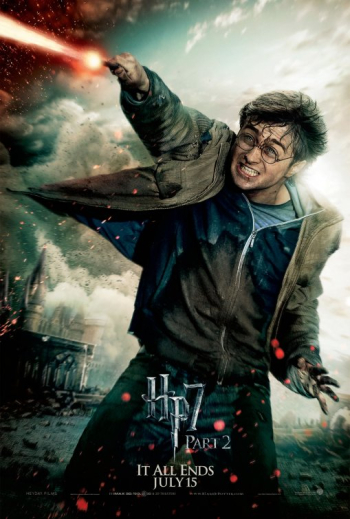 After the rambling first-half effort of the final Harry Potter installment, the filmmakers get down to business to give the franchise a generally rewarding send-off.

Although many integral supporting characters from the previous seven films are given short shrift, and some seemingly key plot twists break rather than rotate, "Harry Potter and the Deathly Hallows" strikes a resilient balance between emotion, story, and spectacle. Harry, Hermione, and Ron continue their search-and-destroy mission to smash the last "horcruxe" that will finish off Lord Voldemort once and for all. The trio exhibit considerably more focus than previously noted. 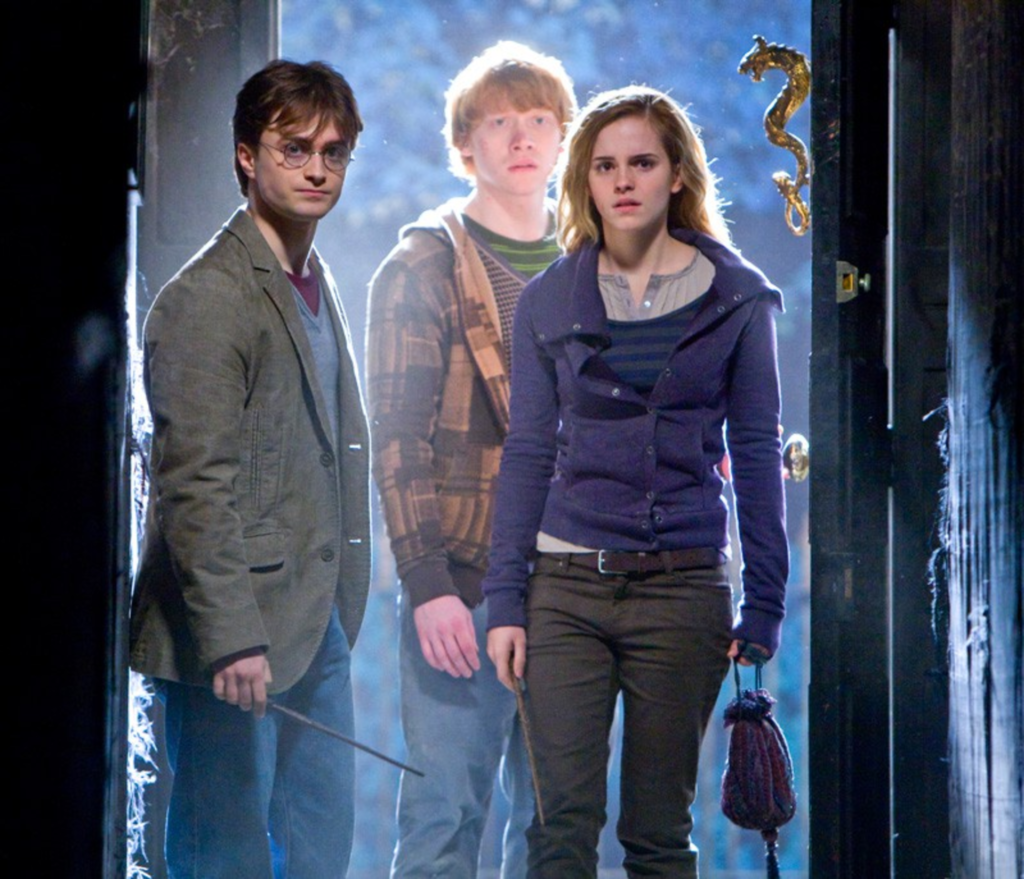 Thrills come during a wild gyroscopic-designed rollercoaster journey deep into the subterranean bowels of the Gringotts wizard bank where gold bars and goblets multiply like a wild fire infection inside Bellatrix Lestrange's vault of riches. A gargantuan fire-breathing dragon provides some unexpected assistance for our three protagonists to escape onto the wistfully gray London streets above. The stuff of primordial fantasy doesn't get much more tastefully exotic. 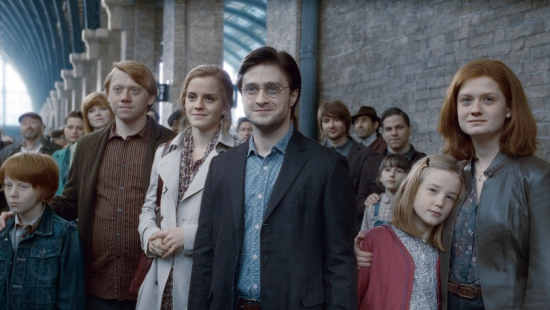 Late character revelations deliver narrative surprises that relieve the ten-year series' overburdened accretions. Still, some crucial elements arrive too little too late. The promised romantic connection between Ron and Hermione, and between Harry and Ginny (Bonnie Wright), comes more as an afterthought than they do with any significant internal veracity. Here's how to reduce a "snog" to a blip. 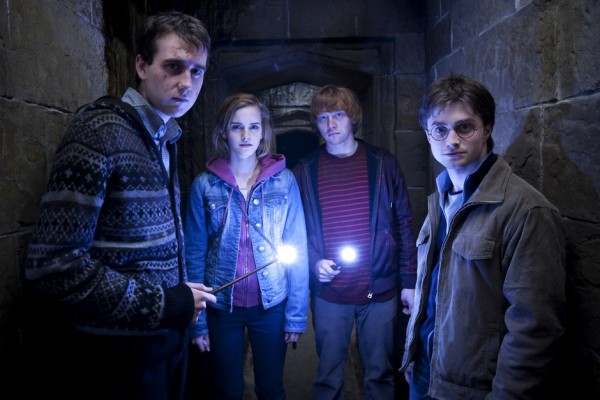 For all of Harry Potter's years of study at Hogwarts, he still doesn't have much wizardly prowess to show for it. It's a good thing Hermione took her incantation studies seriously. She reigns supreme above her peers in the realm of wand wielding. 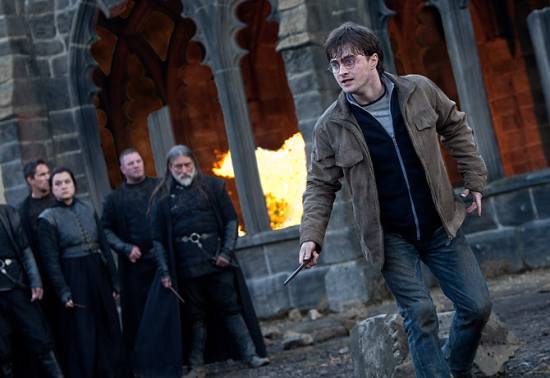 The final climax of more than 20 hours of story comes down to a blow-out battle at Hogwarts against an army of Death Eaters and Dementors. Dame Maggie Smith's Minerva McGonagall finally has her day. For a brief moment Smith steals the show. The special effects that follow, involving giant animated stone soldiers and some very impressive explosions, connect with their intended epic impact. The strategic design of Hogwarts architecture with its long wood bridge and lofty mountain-top placement allows for the audience's mind to bend and for their pupils to dilate at the stunning visuals. 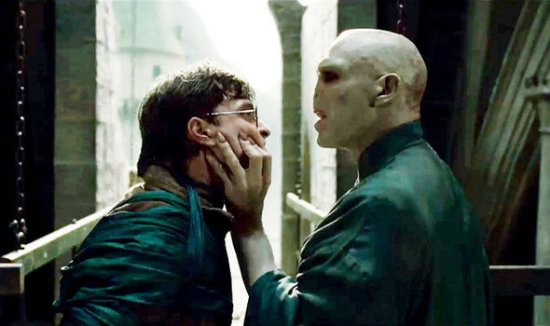 Ciarán Hinds and John Hurt sink their teeth into their singular scenes as Aberforth Dumbledore and Ollivander, respectively. Their brief but weighty scenes contribute to the accumulation of magisterial British actors that have imbued the franchise with a massive scale of thespian nobility. Alan Rickman chews the scenery as the delightfully diabolical Severus Snape whose underlying character motivations provide for the story's most significant piece of hidden information. Rickman's payoff scene is the most rewarding moment of any in the entire series. 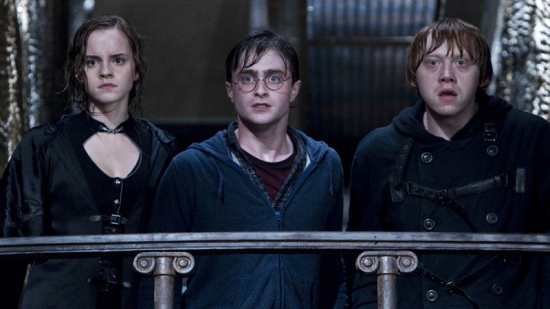 The filmmakers clearly made an enormous faux paux in splitting the final chapter into two parts. Considering how exasperating Part 1 was as compared to the dynamic Part 2, it makes you doubt the overall construction of both Rowling's source material and the films as a whole. I wouldn't want to have to sit through all of Part 1 of the Deathly Hallows just to get to Part 2. For that matter, I wouldn't want to watch the previous seven films again either. Still, I could watch "Harry Potter and the Deathly Hallows: Part 2" again without compunction, so long as it wasn't the 3D version. Take from that what you will.

Posted by Cole Smithey at 02:43:09 PM in Action/Adventure, Children's Cinema