DON'T BE AFRAID OF THE DARK Producer/co-writer Guillermo del Toro, the visionary filmmaker responsible for "Pan's Labyrinth," performs the neat trick of adapting the original 1973 television horror shocker "Don't Be Afraid of the Dark" into a tastefully suspenseful work of kid-friendly art, directed by newcomer Troy Nixey. In spite of some glaring plot inconsistencies regarding such matters as regional location and creature voices, "Don't Be Afraid of the Dark" is sure to scare the heebeejeebies out of willing 12-year-old audiences. It's surprising the MPAA gave the film an R-rating considering that, to this critic's eye, the movie is ideally suited to preteen and teenaged viewers.

Bailee Madison ("Bridge to Terabithia") plays Sally, the ten-year-old daughter of hotshot architect Alex Hurst (Guy Pearce). Alex invites Sally away from his ex-wife to come stay with him and his new girlfriend Kim (Katie Holmes) at Blackwood Manor, a run down Gothic Victorian New England mansion he's busy restoring. The spooky old house holds secrets from its original owner, an artist whose son's death drove him homicidally insane. Things go bump in the night (and in the day) after Sally goes poking around where she shouldn't, namely the basement where a sealed fireplace serves as a kind of Gothic Pandora's box. 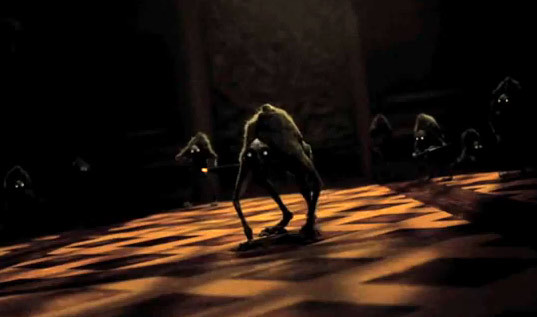 Madison's compulsive knowing smirk of approval slyly admits her character's playful attitude toward the ominous danger that threatens her. Naturally no one believes her stories about whispering monsters that haunt her and commit acts of vandalism. It’s Sally’s teeth that the beasts hunger for.

"Don't Be Afraid of the Dark" is not without its problems. The film opens with a truly horrifying sequence of gory violence involving old man Blackwood that doesn't exactly set the right tone for slow-burn horror that follows. For his part, Guy Pierce is too neutral as a caring but oblivious dad. His lackluster performance is all sheen and no grit. 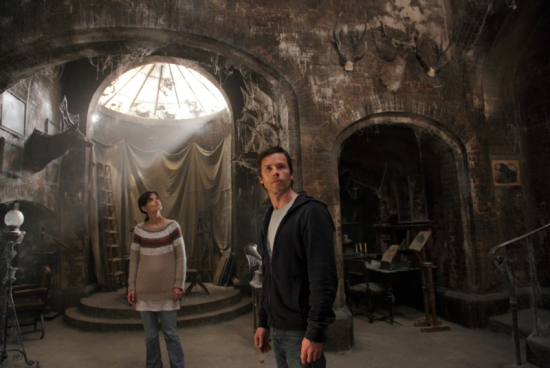 Although the story is set in New England, the action seems like it should take place in a European setting. As the story plays out, it appears better suited for a UK location where a longer history of demonic activity could breed. Still, the most obvious weakness lies in the whispered voices of the dastardly miniature creatures that taunt and attack Sally with an increased sense of purpose. The demons’ fearsome faces — exquisitely designed by master horror-surrealist Chet Zar — don’t match up with all-too-human voices that are more “Wizard-of-Oz” than “Exorcist.” 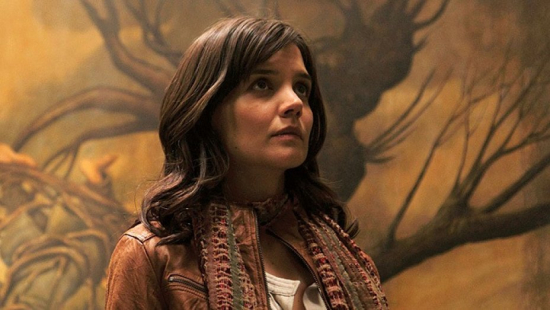 The movie excels however is building feathered layers of suspense. Gradually we see more of the repulsive homunculi that behave in the most menacing ways imaginable. Their intention is to scare as much as it is to wound, and eventually kill Sally. There's very little blood in this horror movie built on suspense--think "The Others." "Don't Be Afraid of the Dark" is a nuanced horror movie modulated to incur just the right quality of nightmare. You might want to sleep with the light on for a few nights after seeing it.