No Ceiling for Cynicism 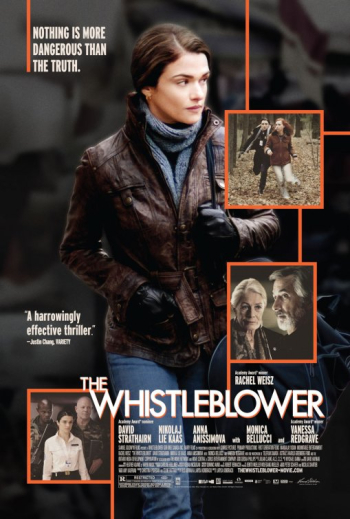 The illicit sex-trafficking actions of NATO peacekeepers -- both privatized and not -- is the subject of this incendiary film that falls prey to predictable dramatic conventions. It comes as no surprise that "The Whistleblower" is based on actual events. Financial opportunity in '90s era postwar Bosnia entices Lincoln, Nebraska police officer Kathryn Bolkovac (Rachel Weisz) to go there on a one-year assignment that pays $100,000. Kathryn hopes to finance moving nearer to her displaced daughter, whose father won custody of the girl. Insufficient backstory is provided about the reasons Kathryn lost the custody battle, save for an allusion to police work taking priority over her parental duties.

On the ground in Sarajevo, Kathryn gets a crash course in the way local justice favors male oppression over its female populace. Abuse of women is an ingrained part of the culture. Legal justice is just another business transaction conducted by a cabal of smirking indigenous men who make no attempt to hide their contempt for anything beyond their black-market boys' club lifestyle. Sudden violence goes with the territory. 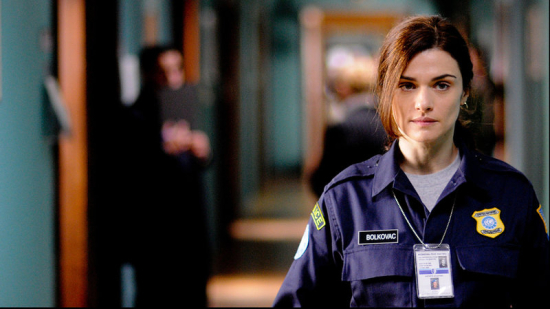 Private peacekeeping employees of companies ala Blackwater are presented as opportunistic war tourists. The diplomatically-immune foreign capitalists show little intention of doing anything to actually help the desperate local populace, whose women suffer considerably more than its men.

Surprisingly, Kathryn wins a precedent-setting court case for a domestically abused wife in Sarajevo court. No small feat, her accomplishment earns her a superior title overseeing the United Nation's Gender Office under Madeleine Rees (Vanessa Redgrave), the head of the U.N. Human Rights Commission. Redgrave's signature credibility is in fine form. Her character comes to represent a singular thread of integrity that Kathryn Bolkovac holds onto for all she's worth. 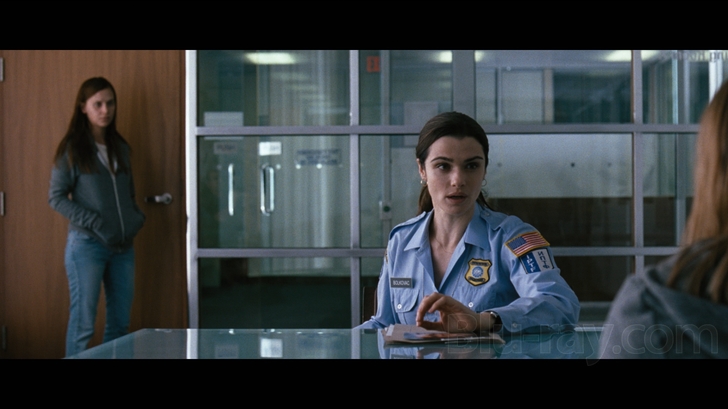 Wiesz's nimble character slips into a necessary romantic liaison with fellow foreign aid agent Jan Van Der Velde (Nikolaj Lie Kaas). Their sexual union provides her with a much-needed ally even if his potential for tangible results are less than either imagine. 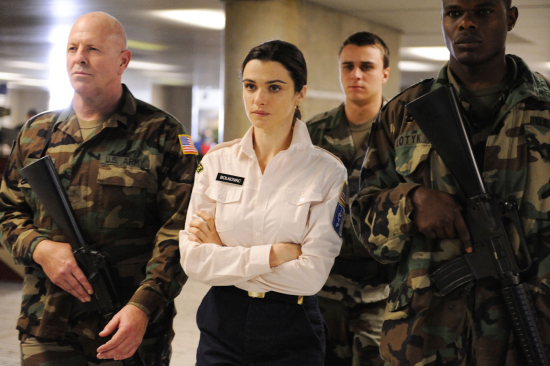 Sarajevo bars serve a multitude of purposes, not the least of which is supplying a steady stream of nubile Eastern European sex slaves for locals and NATO agents alike to feast on with reckless abandon. Damning photographic evidence reveals to Kathryn the complicity of her diplomatically-immune co-workers in the area's rampant sex trafficking trade. As she investigates further, Kathryn discovers the greater extent of NATO/U.N./United States Government involvement in the trafficking of underage girls into Bosnia where they work as sex slaves to by back a freedom that will never be granted. 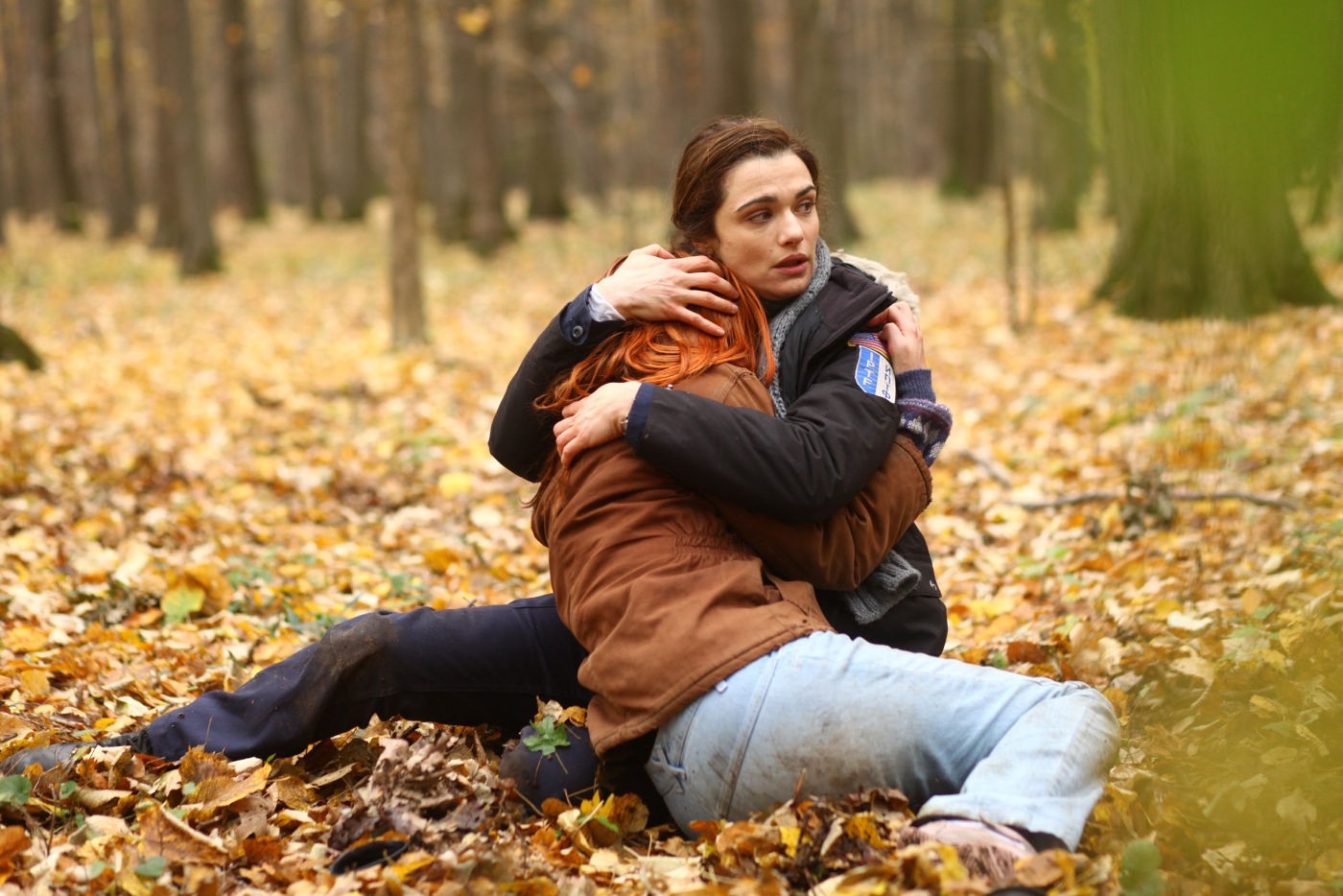 The movie goes astray in attempting to personalize the story of its female victims. Ukrainian teen Raya (Roxana Condurache) takes the brunt of a torture scene that contributes more as a planted piece of exploitation cinema than it does in moving the story toward an emotionally grounded place for the audience. 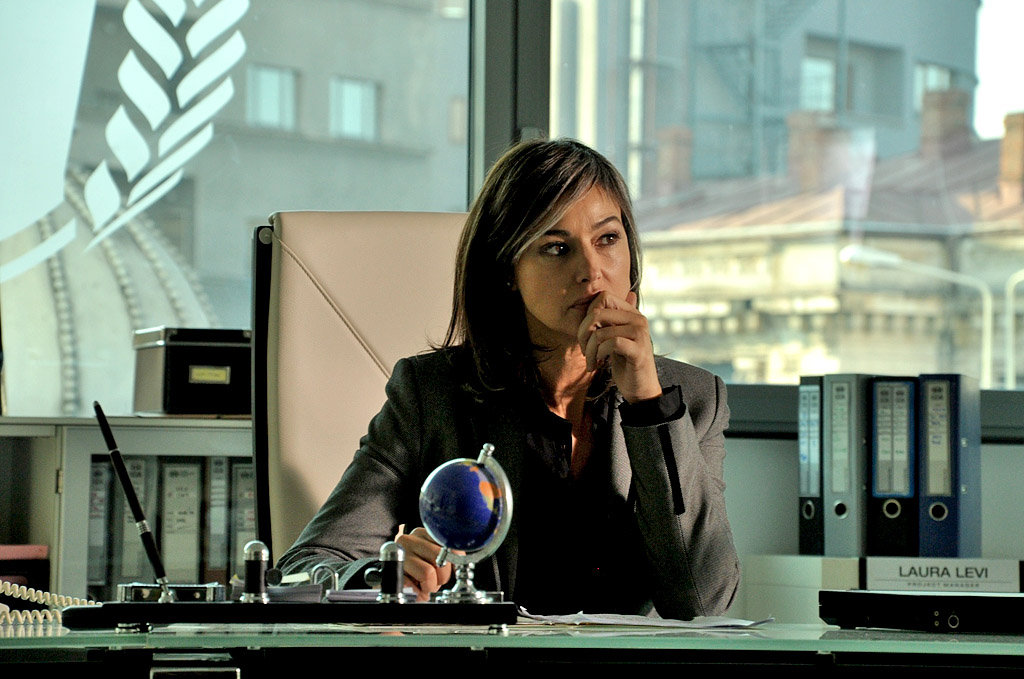 Debut co-writer/director Larysa Kondracki is ill-equipped to handle the story's most delicate and important aspect. You get the sense that had she worked with a more experienced script collaborator than newcomer Eilis Kirwan, Kondracki might have been able to craft the film into the call-to-arms she aspires to create. 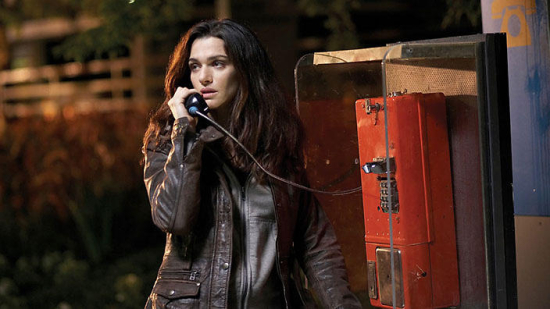 Most distracting is David Strathairn's turn as U.N. agent Jan Van Der Velde who Madeleine Rees advises Kathryn to place her complete trust in after Kathryn discloses her findings. The filmmakers go several plot-twists too far in a protracted suspense sequence that has Kathryn sneaking into her evidence-loaded office to extract materials that logically would have already been removed by officials who fired her after being alerted to her whistle-blowing activities. 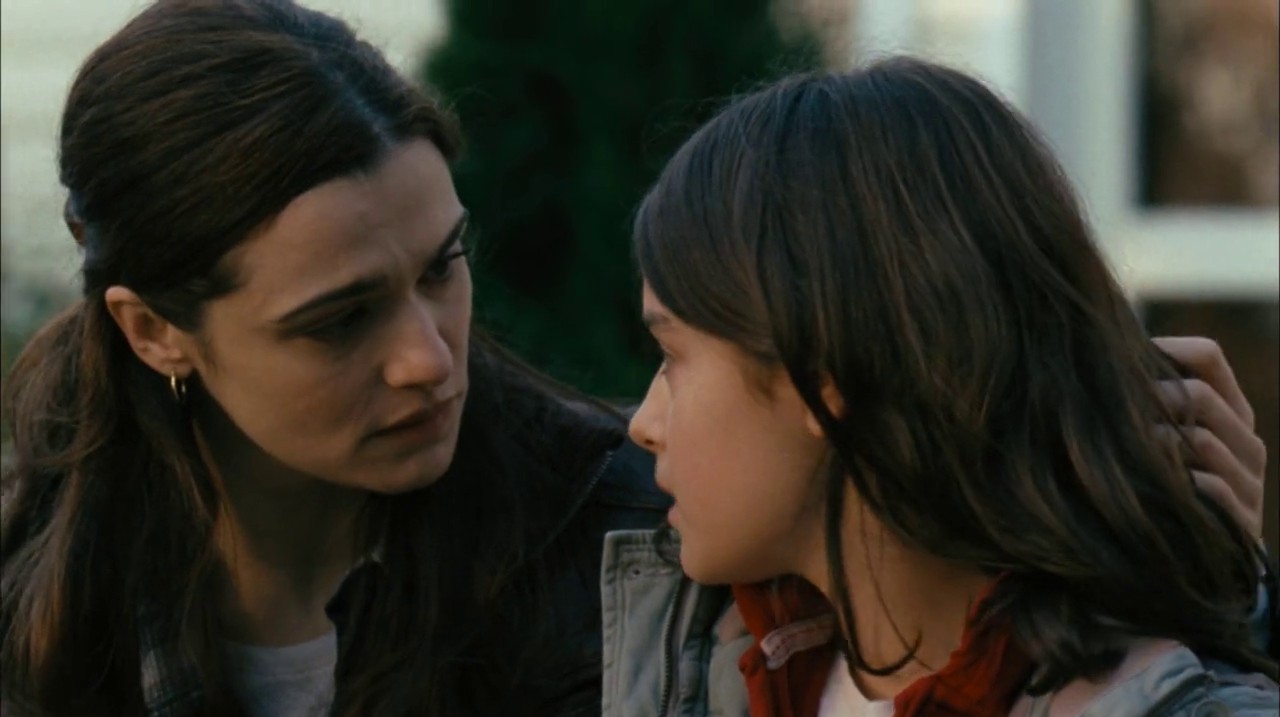 It's difficult to escape Rachel Wiesz's connection to the far more effective social activist movie "The Constant Gardener" in which the gifted actress played an equally daring agent of exposing systematic corruption on an epic level. Activist social dramas such as these remind us the limitations of laws and policies to thwart the dastardly deeds of greedy nihilistic men who hide in plain sight and in the twisting florescent-lit corridors of power. Such corruption is rampant. No amount of "whistle-blowing" will do anything to change it. The big lesson for the audience here is, no matter how cynical you think you are, you still have a long way to go.

Posted by Cole Smithey at 02:12:20 PM in Political Thriller