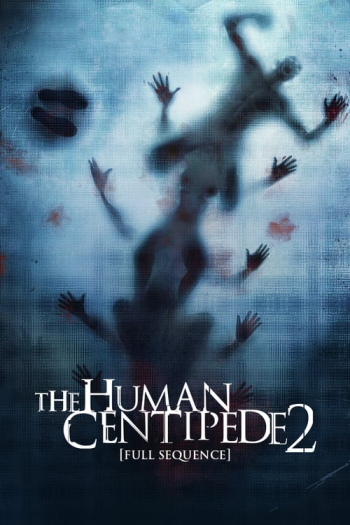 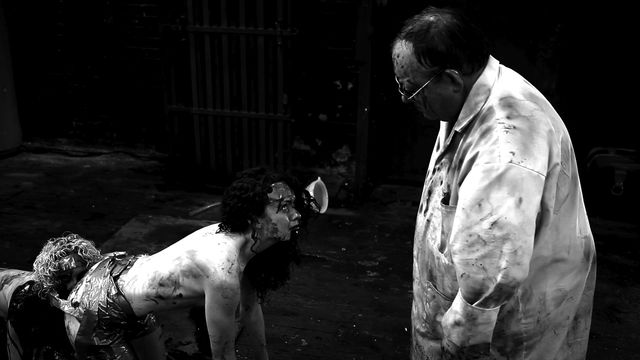 It would be another 39 years before Tom Six would take the literal and metaphorical implications of eating shit to its most personal if asexual dimensions with a nasty little horror film entitled "The Human Centipede (First Sequence)" in 2009. Promise for the sequel was already writ large in Six's mind when he created the diabolical thriller that united three barely clad human beings ass-to-mouth as part of an evil German doctor's clinical experiment/fantasy. 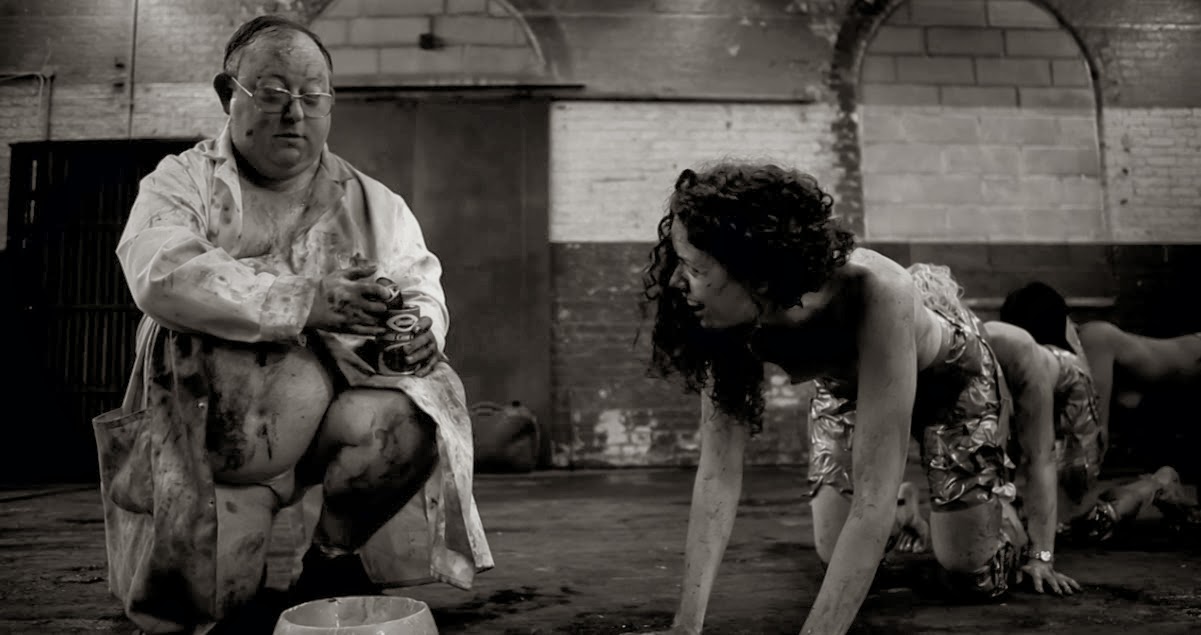 With its scat-sex element buried neatly inside a torture-porn horror thriller built on clichés of the genre, Six alluded to a brief if disturbing social commentary about issues of racist and nationalist ideas without hitting the nail on the head. The front of the human chain was a Japanese man. The back of the body-train included two nubile American girls. The film was set in Germany after all. The follow-up is much harder to read. Set in London, and clearly filmed on a considerably lower budget than the first film, the sequel is a self-referential bird-flip at the powers that postured toward banning "The Human Centipede II" sight unseen. Cheap, raw, disgusting, and yet cleverly tipping its nightmare hat toward the kind of Halloween spook-house-movie that fans of the genre expect, the black-and-white sequel climaxes with a symphony of farting and diarrhea as it passes through ten people linked in an rough-hewn human chain by a sexually-abused man-child misfit named Martin. 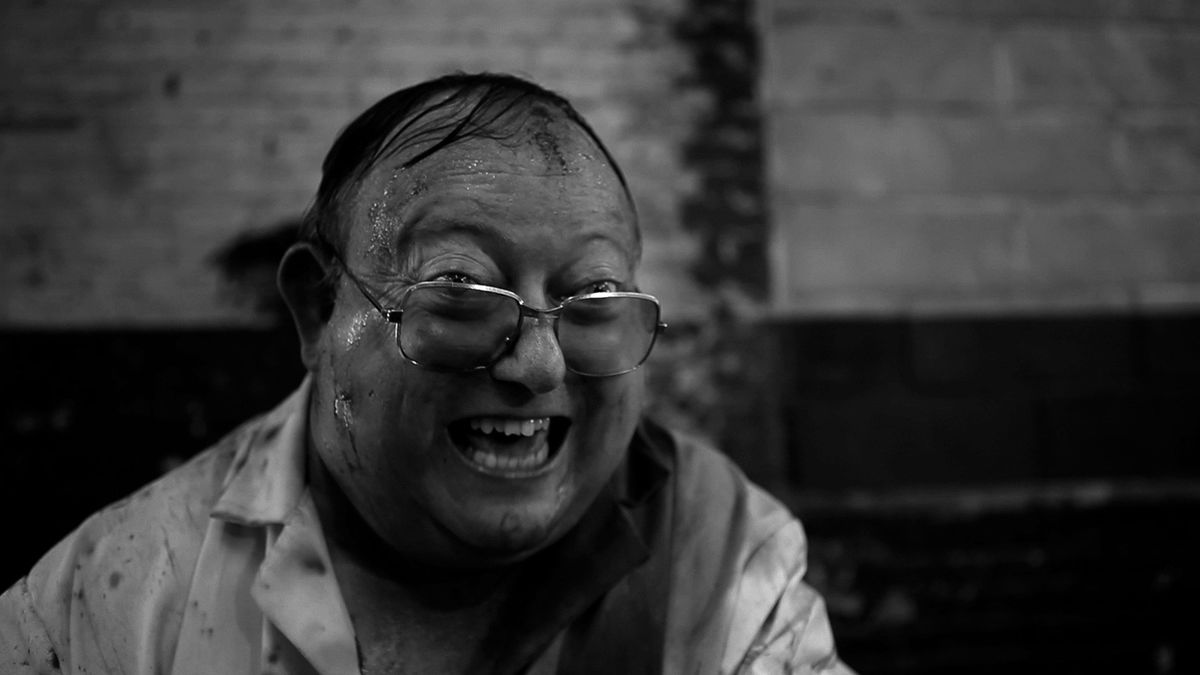 The bug-eyed geek works alone as an attendant in a below-ground London car park where he continuously watches a DVD of "The Human Centipede" on his laptop. Martin treasures a carefully maintained "Human Centipede (First Sequence)" scrapbook that features things like a headshot of Ashlynn Yennie who appeared in the film. A telling comic sub-plot involves Martin's successful attempts at "auditioning" actors from the first film under the conceit that Quentin Tarantino is directing the sequel. 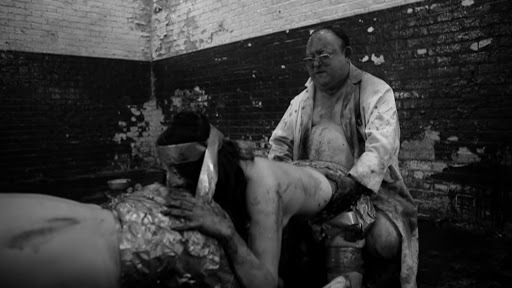 Anyone who has read Jonathan Swift will recognize the latent satire that bleeds and seeps from the story even if it seems written with notably less rigor than Swift applied to his work. Still, I wouldn’t call Six's sequel lazy as, say, a typical Gus Van Sant movie. There is a certain Brechtian theory at play, however fortunate or unintentional it might be on Six’s part. The filmmaker toys with the idea of “what is seen cannot be unseen.” Victims are killed only to be revived to suffer greater tortures than their brutal death. Emotional detachment comes with the territory. 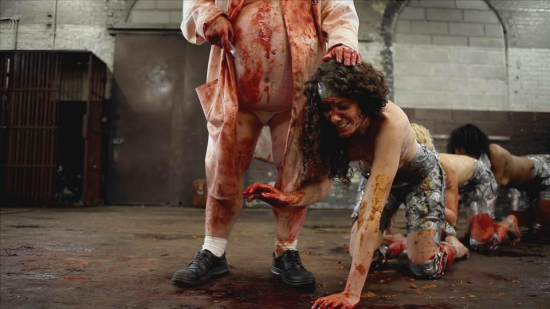 “The Human Centipede 2 (Full Sequence)" is a cinematic provocation in line with banned films such as “The Texas Chainsaw Massacre” and “Nekromantik.” It is meant as a right-to-passage movie for young audiences to marvel at, and endure without vomiting if possible.

The movie doesn’t aspire to be anything more than a very uncomfortable cinematic experience. To that end it succeeds with flying colors. The viewer’s defense mechanisms flinch to laugh at brutal acts it cannot logically fathom. 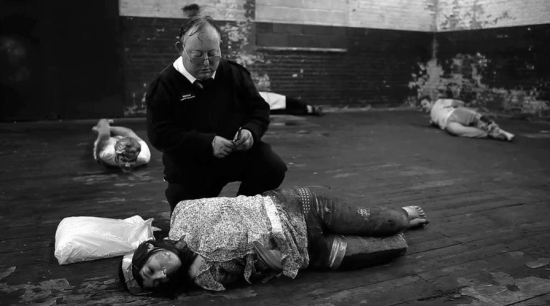 Will this movie give nightmares to more than a few of the audiences who manage to last through it? You bet. Will it give ideas to sick-fuck prison guards at prisons such as Guantanamo about new ways to torture their prisoners? If they’re anything like Martin, the film will probably have that unintended effect as well. Does that mean “The Human Centipede II” should be banned? I don’t’ think so.