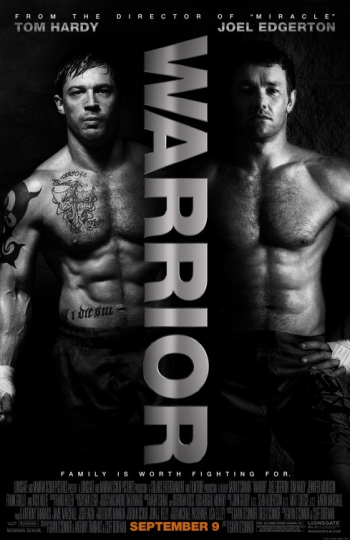 Magnificent. The 21st century version of "Rocky" and "Raging Bull" rolled into one, "Warrior" is as solid as Tom Hardy's tensed ab muscles. Hardy plays Tommy Conlon, an ex-marine with a wellspring of pent-up anger. Much of Tommy's hardly concealed pain is the result of his alcoholic father Paddy's abuse, which sent Tommy and his sick mother on the road 14 years earlier in order to escape Paddy's temper. Tommy’s mom died in the process. Tommy also harbors concealed issues regarding his Iraq War experiences. 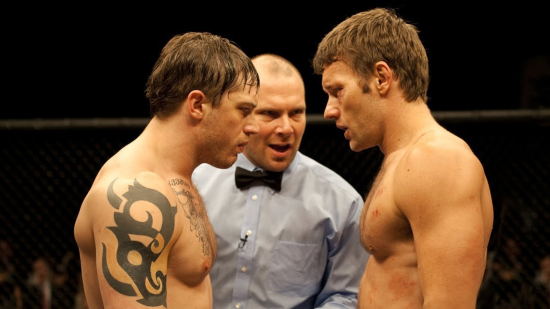 Nick Nolte's resonating performance as the contrite and now-sober patriarch packs a punch to match the ones Tommy throws after he cuts a deal for the old man to once again train him as a pro fighter.” Paddy’s brief narration readings of sections from “Moby Dick” color the story with a churning sense of lurking danger. Nolte’s investment in his troubled character easily matches that of his award-winning performance in Paul Schrader’s 1997 film “Affliction.” I wouldn’t be surprised to see “Warrior” garner a slew of nominations come Oscar season. 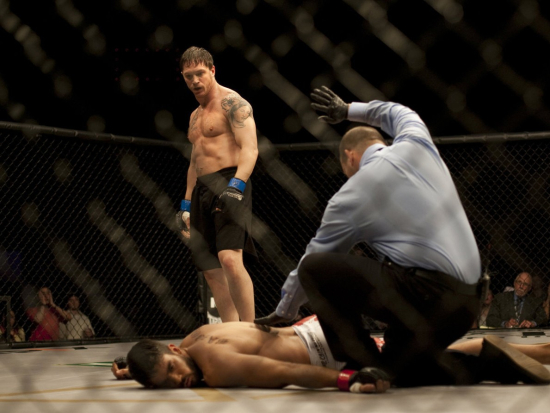 Sparta, a mixed martial arts championship with a $5 million purse, is the name of the game that coincidentally draws Tommy's younger brother Brendan (Joel Edgerton) out of his family-man shell. Brendan's job as a high school math teacher isn't bringing in enough cash to prevent the bank from foreclosing on the family home he shares with his wife Tess (well played by Jennifer Morrison) and child. Brendan was also a pro fighter. Although the years are creeping up on him, he convinces his former coach Frank Campana (Frank Grillo) to take up his cause. Frank returns to using Beethoven’s Ninth Symphony as Brendan’s unconventional theme music to facilitate his confidence and patience in the ring. 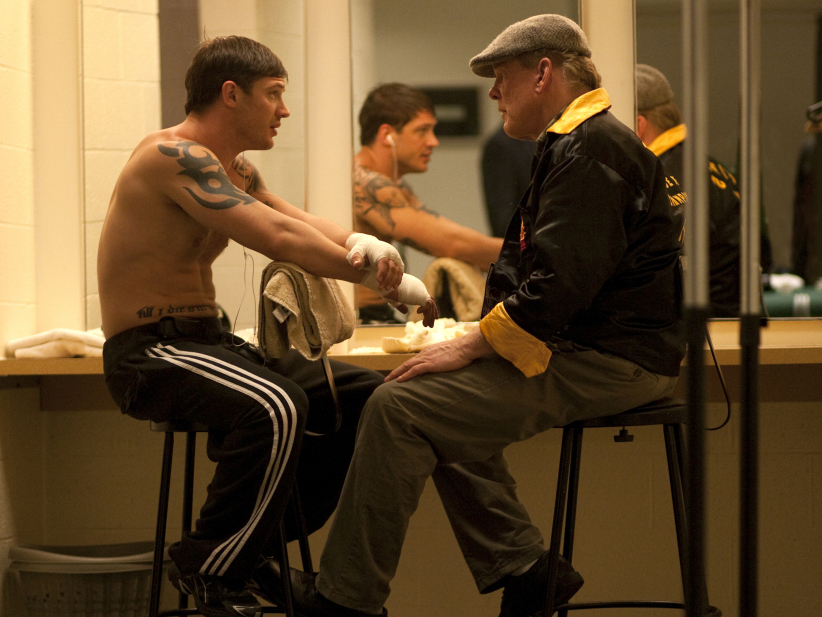 There’s a dynamic chemistry between Edgerton and Hardy. The two are utterly believable as brothers. One of the film’s posters splits the actors’ faces to enable a shocking similarity between their faces. The intensity and desperation the characters share draws the audience into their psyches. It’s no surprise that the brothers must face off against one another. What is astounding is how invested you become in each of the characters. You may find yourself rooting for a different brother than you imagined you would when the explosive battle between Tommy and Brendan commences. 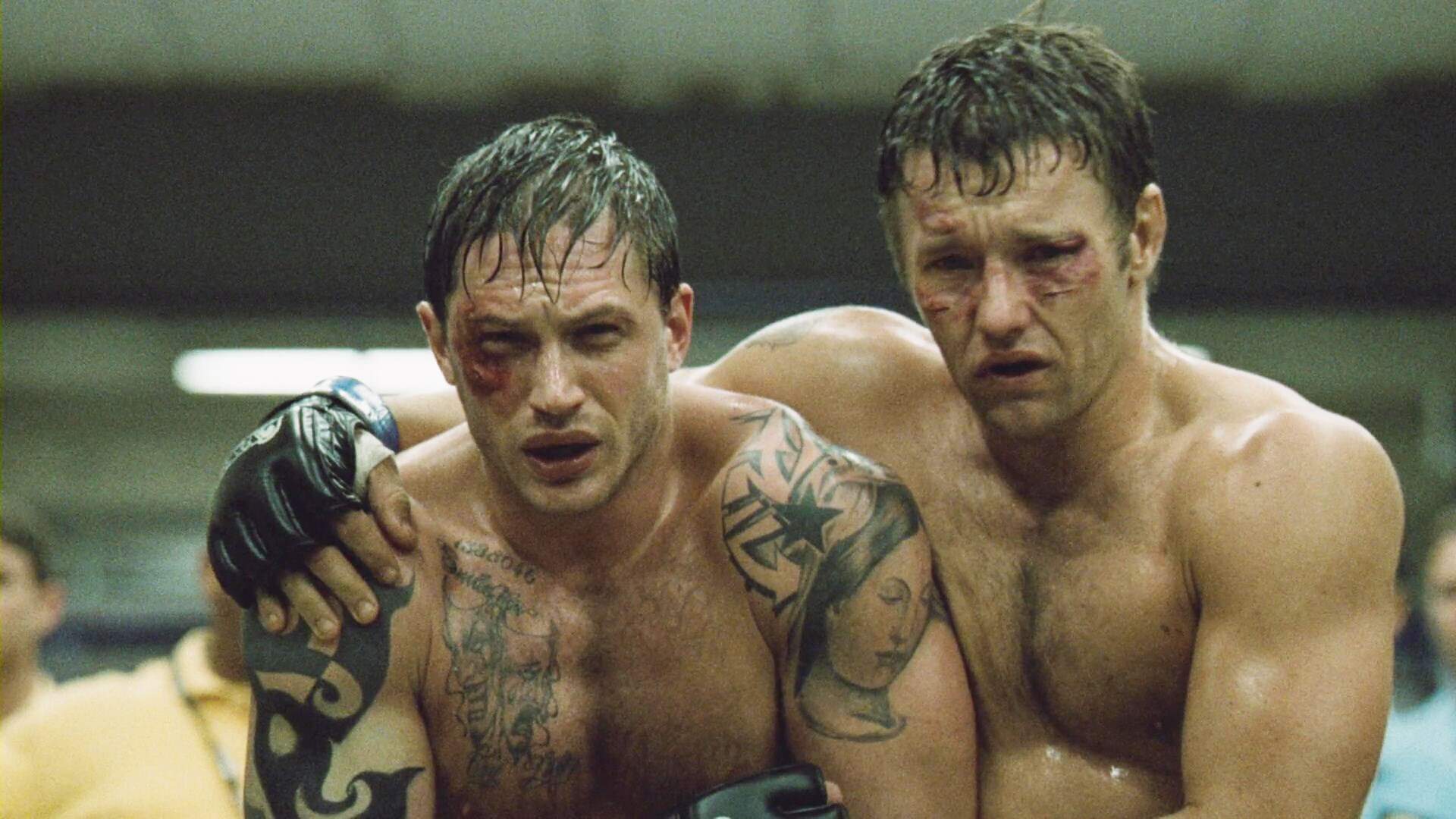 Gavin O’Connor—the director of the exceptional Olympic hockey movie “Miracle”—co-wrote the screenplay with newcomers Anthony Tambakis and Cliff Dorfman. The resulting script contains kind of beautifully crafted plotting and dialogue that would make Paddy Chayefsky—the screenwriter of such classics as “Network” and “Altered States”—proud. Not a single line of conversation or action is wasted. The filmmakers develop the characters thoroughly before throwing them into the Atlantic City-set arena of ultimate hand-to-hand battle. The fight scenes are profoundly realistic. My jaded palms sweated through the second half of the movie. 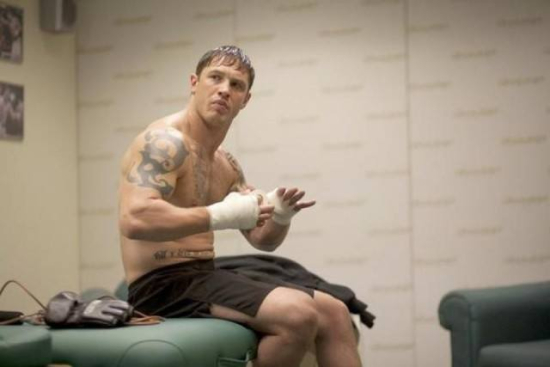 You don’t have to be a boxing or mixed martial arts fan to enjoy this hard-hitting drama. If you are such a person, you will not be disappointed in the film’s accurate attention to details regarding things like the effectiveness of various fighting styles. “Warrior” is a big movie with a lot on its mind. Its nonjudgmental social commentary comes with the territory. You can’t help but be moved by it. “Warrior” will knock you out.