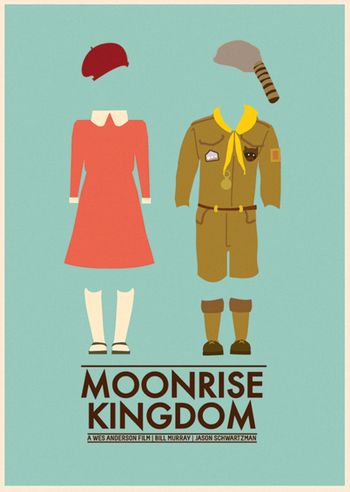 Wes Anderson has honed his formally composed vernacular of kitschy nostalgic magic realism cinema to a super fine point. Making his debut animated film “Fantastic Mr. Fox” (2009) seems to have allowed the perennially youth-obsessed filmmaker to correct the narrative missteps he made in films such as “The Life Aquatic with Steve Zissou” (2004) and “The Darjeeling Limited” (2007). “Moonrise Kingdom” is a blissful celebration of pubescent romance that relishes every detail of its cherry-picked cultural influences from its nearly idyllic 1965 setting.

An understated theme of ecological preservation runs through all of Anderson’s films, and perhaps never more so than in “Moonrise Kingdom.” A lush complexity of starry-eyed circumstance and organic atmosphere come together on the fictional island of New Penzance near the New England coast. A storm is due to hit the sparsely populated island in a few days. An outcast 12-year-old orphan named Sam (wonderfully played by newcomer Jared Gilman) has run away from Camp Ivanhoe, the site of his Khaki Scout troop, much to the dismay of the troop’s scrupulous leader Scout Master Ward (Edward Norton). 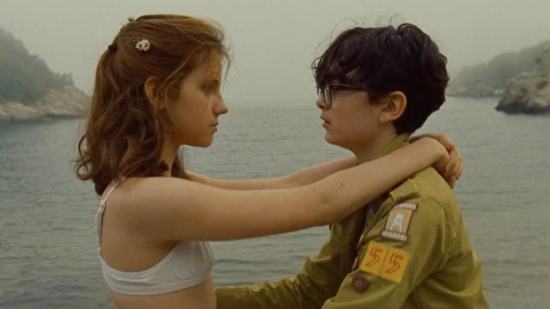 Headstrong Suzy (Kara Hayward) is also 12. She lives in a plush red house on the island with her three younger brothers and irresponsible parents (played by Bill Murray and Frances McDormand). Sam and Suzy have been exchanging secret letters for the past year, planning for a 10-day romantic adventure to be alone together on the “16-mile-long” island of “Chickchaw” territory. The sweet romanticism that passes between Sam and Suzy during their brief escape from the adult world presents an exquisite crucible of emotional and sensual awakening that carries the film’s distinctive tone. Kara Hayward (also a newcomer) has all the big-screen charm and natural poise of an instant star.

“Moonrise Kingdom” is a dynamic ensemble chamber piece of stylized comedy with an adoring fascination with childhood perspective. Anderson gives generous credit to children’s capacity for maturity in the face of their own precious naiveté. His young characters possess an innate self-confidence. A captivating scene where the scantily clad Suzy and Sam dance on their private beach to the strains of Francoise Hardy singing “Le Temps de L’Amour” percolates with a heady blend of daring curiosity and avid sophistication. 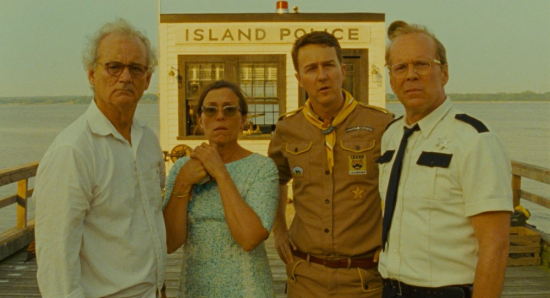 That said, Wes Anderson’s acute sense of humor is an acquired taste. His loving and meticulous attention to detail approaches an obsessive degree of precision. Visual and aural elements are presented in a simplified space to allow for maximum comic resonance. Comic background occurrences permeate the foreground action at hand. There is no question that Wes Anderson is a force of nature, and an indisputable genius. And yet, Anderson is such a passionately individualist filmmaker that some audiences will remain indifferent to his films. His movies never subscribe to any Hollywood-approved template of what a film should contain or how it should proceed. Wes Anderson’s maturing process as a filmmaker is nonetheless of enormous interest to audiences who appreciate his bold style of instinctual cinema. You can savor every frame. 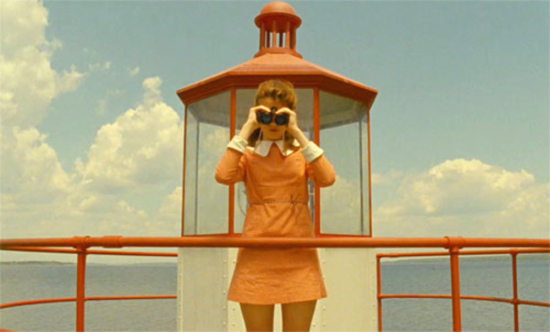