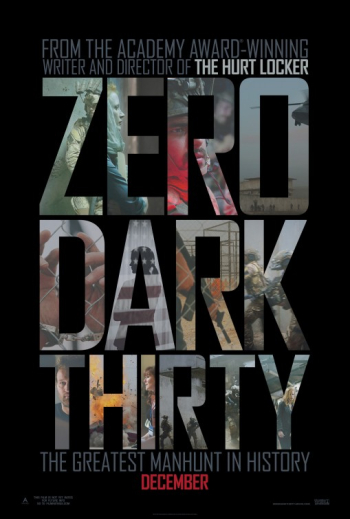 Kathryn Bigelow’s cinematic version of the U.S. military’s absurdly protracted ten-year hunt for Osama bin Laden is not what you would expect. Bigelow’s frequent screenwriter collaborator, and former war reporter, Mark Boal (“The Hurt Locker”) crafts the film as an investigative procedural. Boal emphasizes America’s notoriously brutal and ineffective torture methods. The film’s first act focuses on the interrogation of one hopeless prisoner at a “black site” prison where CIA goon Dan (Jason Clark) repeats his mantra, “If you lie to me, I hurt you.” The psychological scars of his addiction to inflicting pain take a toll on agent Dan. Torture is reciprocal.

The intense interrogation sequences present a crash course in U.S. military torture tactics. Sleep deprivation via stress position-bondage and heavy metal music blasting at ear-splitting volume is a warm up to the daily ass-kickings and verbal and physical humiliation agent Dan delivers.

Dan tells his newly assigned CIA assistant Maya (Jessica Chastain), You don’t want to be the one “caught holding the dog collar” when the oversight committee comes sniffing around. Maya’s discomfort at observing Dan waterboard the victim allows the audience a glimmer of distanced empathy with the film’s gutsy female protagonist. 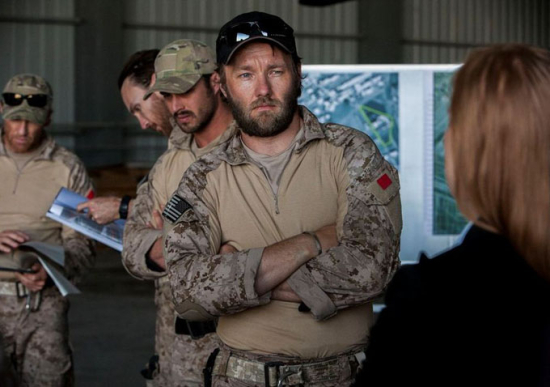 It doesn’t take much imagination to extrapolate about how Western audiences would respond to witnessing such Geneva Convention-defying torture methods if they were being applied to one of its own citizens. The effect is sickening.

“Zero Dark Thirty” erroneously implies that the American military are no longer using such torture methods against its prisoners of war. No doubt the script went through considerable editing at the hands of U.S. officials interested in putting a fresh face on the war crimes its military commits on a minute-to-minute basis in black sites and off-shore prisons.

The narrative focus shifts to Maya’s bureaucratic struggles within the CIA to pursue leads toward locating Osama bin Laden. Jessica Chastain walks a fine line in developing her tunnel-vision character. She builds in every beat of introspection, self-discovery, and game-faced attitude of her quickly maturing character. Maya’s progression as an arrow of the State acts as the film’s narrative hook that Kathryn Bigelow uses to distinguish "Zero Dark Thirty" from the “Black Hawk Down”-styled film a male director would have surely gravitated toward. That’s not to say however that Bigelow doesn’t pay off on her film's promised suspense-laden conquest of the Pakistan compound where Osama bin Laden was discovered hiding. 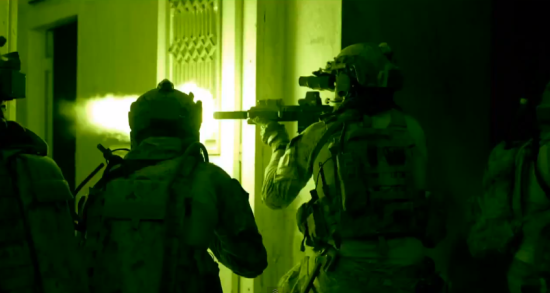 The film takes for granted that Osama bin Laden was responsible for 9/11 despite the fact that no proof to the allegation was ever provided. The movie also conveniently skirts the assertion that it would have been judicious for Osama bin Laden to have been arrested and brought to trial where his testimony could have provided a wealth of insight into the inner workings of Al Qaeda. Nevertheless, “Zero Dark Thirty” succeeds as military procedural and as a character study. It comes complete with a military operation represented with all of its incumbent imperfection. The film’s greatest achievement is that it doesn’t glorify its subject. The audience is left to ponder the lasting effects of what they have witnessed.

Posted by Cole Smithey at 02:13:04 PM in Military Procedural